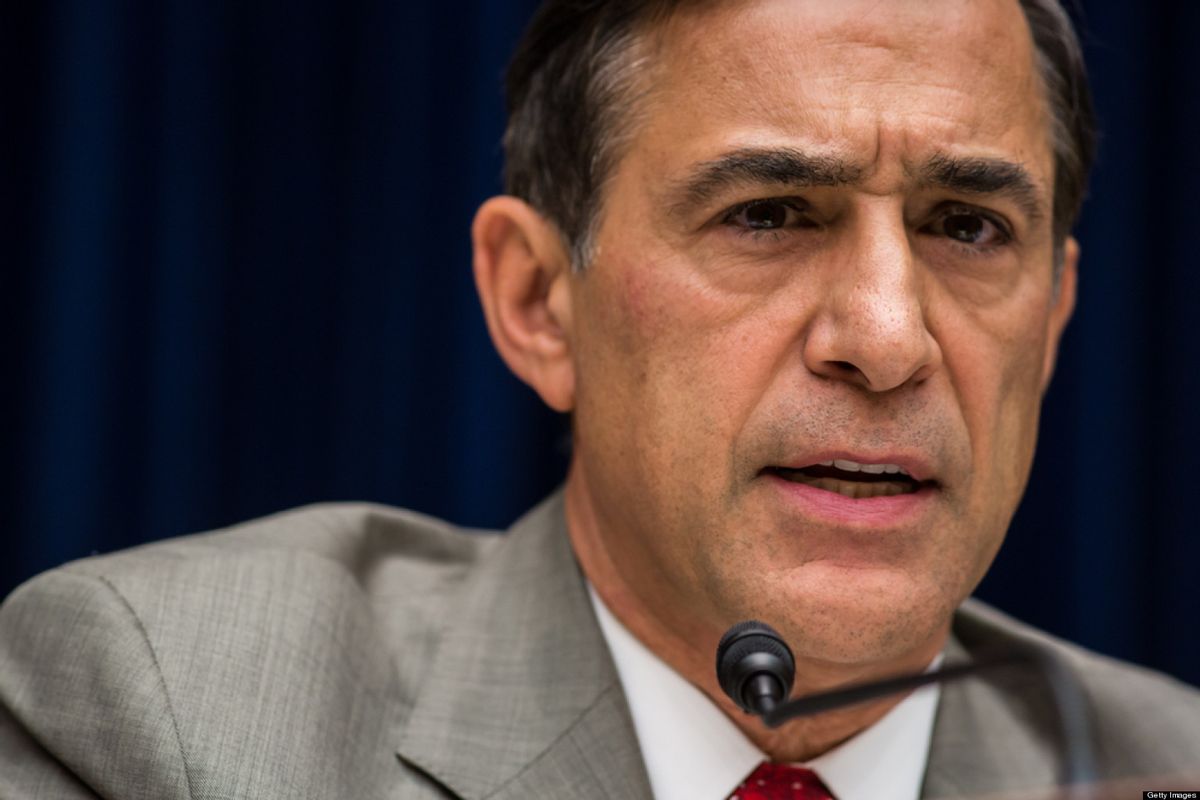 WASHINGTON - OCTOBER 10: Rep. Darrell Issa (R-CA) chairs a hearing on Capitol Hill on October 10, 2012 in Washington, DC. The hearing before the House Oversight and Government Reform Committee focused on the security situation in Benghazi leading up to the September 11 attack that resulted in the assassination of U.S. Ambassador to Libya J. Christopher Stevens. (Photo by Brendan Hoffman/Getty Images) (Getty Images)
--

The House erupted in chaos Thursday when Democrats vocally cried foul after Republican leaders muscled several members into flipping their votes on an amendment ensuring protections for the LGBT community in the National Defense Authorization Act (NDAA).

At issue was New York Democrat Sean Patrick Maloney's amendment prohibiting funds to implement contracts with any company that doesn't comply with President Obama's executive order banning federal contractors from discriminating against LGBT workers. Initially, it appeared that the amendment had passed. To Democrats' surprise, the 217 "yes" votes overtook the 206 "no" votes when the clock ran out. The measure only needed 213 votes, a majority of the GOP controlled House, to pass.

But, Republican leaders quickly scrambled to persuade the few Republicans who joined with Democrats in keep federal non-discrimination policy consistent. House Majority Leader Kevin McCarthy, a Californian, kept the vote open until a group of seven Republicans, mostly from Western states, flipped their votes to no, resulting in an ultimate 212-213 defeat for the non-discrimination amendment.

The Republican Empire Strikes Back to Allow Discrimination Against LGBT Americanshttps://t.co/bZmGhIPNDA

"This is one of the ugliest episodes I've experienced in my three-plus years as a member of this House," Maloney, who is openly gay, said on the floor.

According Hoyer's office, at least seven Republicans changed their votes: