Bernie Sanders is right that 2016 is a "lesser of two evils" election: But no one should be shocked by the truth

Sure, most people don't like Trump or Hillary — but that's not as much of an election anomaly you think it is 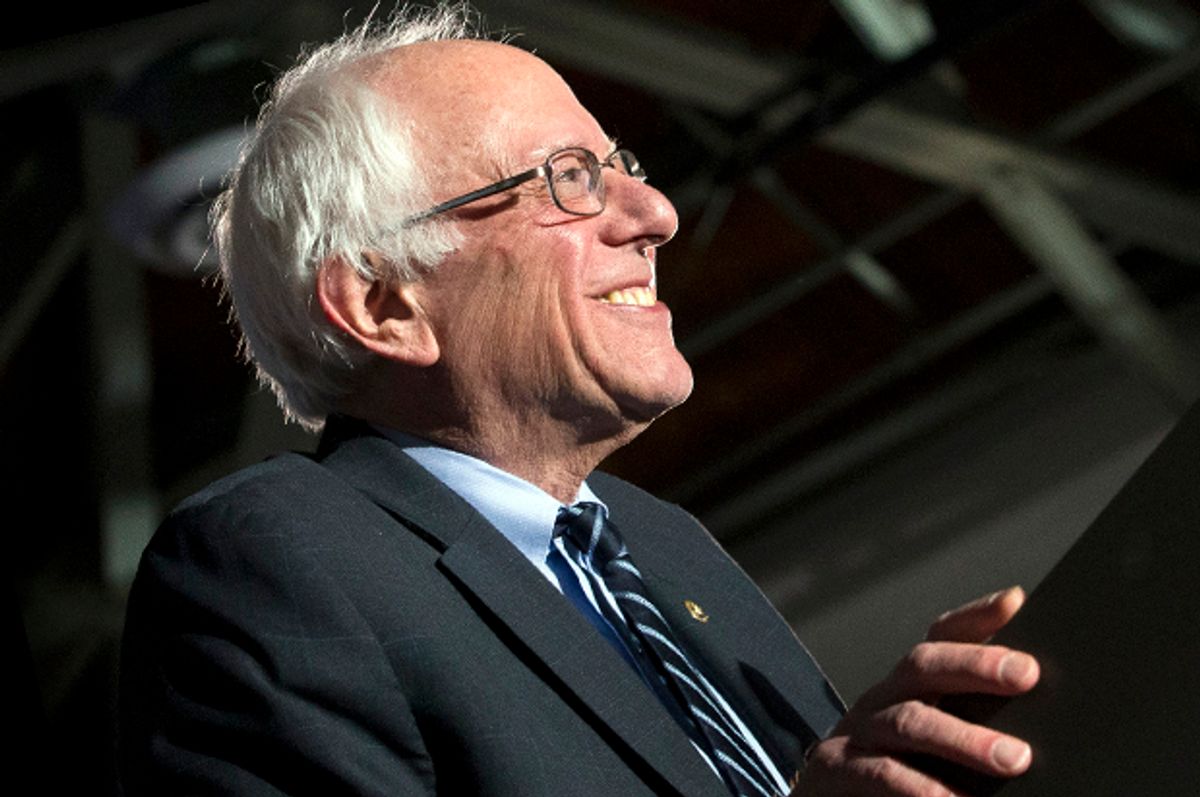 2016 will be an ugly election – very, very ugly. Donald Trump, a painfully insecure narcissist, is the presumptive Republican nominee and Hillary Clinton's nomination is now inevitable. These are the two least popular major party candidates we've seen (both Trump and Clinton's favorable ratings are well below 50 percent). It appears neither side is especially happy with their nominee, and independents are uncommonly hostile to both.

On ABC's “This Week,” Bernie Sanders made note of this fact. “We need a campaign, an election,” he told host George Stephanopoulous, “which does not have two candidates who are really very, very strongly disliked. I don't want to see the American people voting for the lesser of two evils. I want the American people to be voting for a vision of economic justice, of social justice, of environmental justice, of racial justice.” Asked if “lesser of two evils” is how he'd describe a Trump-Clinton match-up, Sanders equivocated: “That's what the American people are saying. If you look at the favorability ratings of Donald Trump and Hillary Clinton, both of them have very, very high unfavorables.”

This is part of Sanders' increasingly bizarre argument, according to which superdelegates should consider abandoning Clinton due to her unpopularity among the general electorate. To do this, however, would require overturning the will of the Democratic primary voters, who have clearly chosen Clinton. Still, though, Sanders keeps pushing this theme. “If you look at virtually all of the polls done in the last six, seven weeks,” he told Stephanopoulous, “in every one of them, national polls and statewide polls, we defeat Trump by larger margins – in some cases, significantly larger margins – than does Secretary Clinton.”

Sanders risks undercutting his democratic message by floating this idea, but since all other paths to the nomination have closed, he's decided it's worth it. To hedge his bets, he's insisting Clinton can - and should - win provided she embraces the progressive causes animating Sanders's campaign - climate change, corporate greed, universal health care, income inequality, etc. "If she is strong on those issues," Sanders said, "I think she will win and win by a large vote."

In any event, Sanders is right on the broader point: This will be, for lack of a better phrase, a “lesser of two evils” election. But many national elections reduce to this kind of choice, though perhaps it's more pronounced this year. A two-party system, almost by definition, produces milquetoast candidates with unrepresentative platforms. Most Americans identify as Republican or Democrat because those are the only choices they have. Actual political views, however, are more complicated and defy binary distinctions.

The voters would surely be better served by a parliamentary system under which multiple parties compete for office. With a two-party system, however, voters often hold their noses and choose the candidate who most approximates their views. In that sense, there's nothing particularly new about this year. The difference is that Trump and Clinton are uniquely unpopular, but that's a difference in degree more than anything else.

So yes, millions of voters – on both sides – will choose the lesser of two evils in November. That's depressing but not unusual. Americans are accustomed to such contortions by now. They'll make do with the paltry choices they have.

And God be with us all if that choice is Donald Trump.