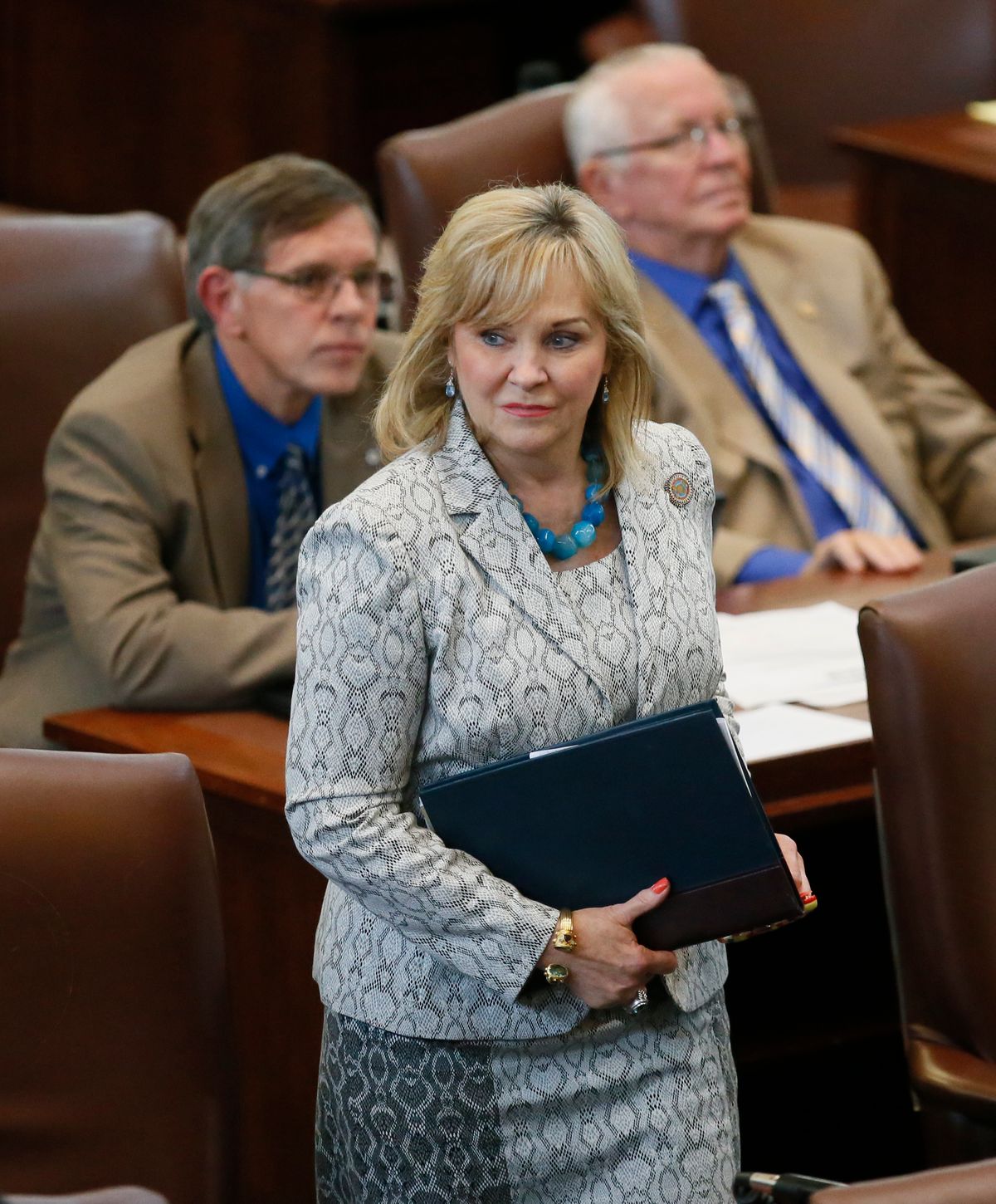 In this May 18, 2016, file photo, Oklahoma Gov. Mary Fallin walks on the floor of the Oklahoma House in Oklahoma City. Gov. Fallin has vetoed legislation that would make it a felony for doctors to perform an abortion, a measure that would have effectively outlawed the procedure in the state. The Republican governor issued her veto Friday, May 20, 2016, saying the bill was vague and would not withstand a legal challenge. (AP Photo/Sue Ogrocki, File) (AP)
--

Fallin, a vocal anti-abortion conservative, said the unprecedented measure to circumvent the law of the land as affirmed by Roe v. Wade was "so ambiguous and so vague that doctors cannot be certain what medical circumstances would be considered ‘necessary to preserve the life of the mother.’”

According to the Republican legislation, which had no exceptions for rape or incest, doctors who perform abortions would have faced three years behind bars and lose their medical licenses.

While the Republican state senator who sponsored the legislation said he was still considering an attempt to override Fallin's veto, outraged anti-abortion conservatives swarmed the governor's social media to express their dissatisfaction.

Fallin hasn't posted anything specifically about her controversial veto on Facebook, but that hasn't stopped angry conservatives from lashing out -- even on this seemingly unrelated feral hog post:

Fallin's conservative critics even took over the comments on a Fox News article reporting her veto: