"The only 'epidemic,'" Regis Giles said, "is the logic bacteria that is sucking out politicians' brains" 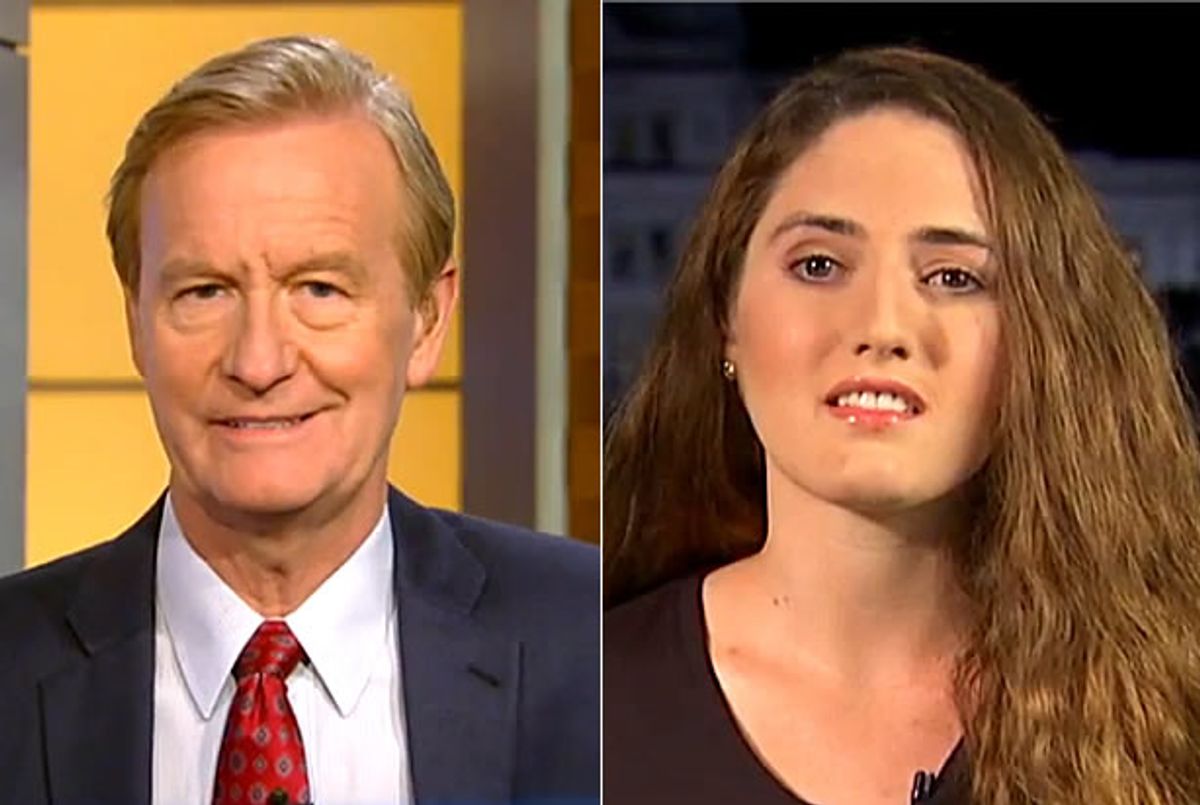 On Saturday, Democratic front-runner Hillary Clinton delivered a speech before the Trayvon Martin Foundation in which she, predictably, criticized both the easily availability of firearms and Donald Trump's recent endorsement by the NRA.

She was particularly alarmed by Trump's idea that there should be more guns on campuses, saying that "he's talking about more hatred and division in our streets, even about more nuclear weapons in the world. That’s no way to keep us safe."

"If you want to imagine what Trump’s America would look like, picture more kids at risk of violence and bigotry," she said. "Ask any of the mothers here tonight if they want to live in that kind of America."

After playing a clip of her saying that, Fox & Friends co-host Steve Doocy introduced Second Amendment advocate Regis Giles onto the show, and she promptly began playing incredibly dubious games with statistics. "At least 92 percent of mass shootings between between January 2009 and July 2014 occurred in 'gun-free zones.'"

Instead of challenging her to explain why she chose those particular dates -- during which the majority of shootings were in gun-free zones, as opposed to the mass-shootings that happened before and after -- Doocy simply said "sure" and allowed her to continue.

"The only 'epidemic' that is occurring in America is the logic bacteria that is sucking these politicians' brains dry," Giles said. "This is America, we have a constitution -- we have the right to protect our life, liberty, and property."

She later challenged Clinton to give up her security detail "and donate it to one lucky school in the United States," because having a squad of well-trained Secret Service agents at a school would be the same as having teachers and students armed, as Trump proposed.