"Yet another reminder that Black life isn't worth much": Twitter reacts to cop's acquittal in Freddie Gray case 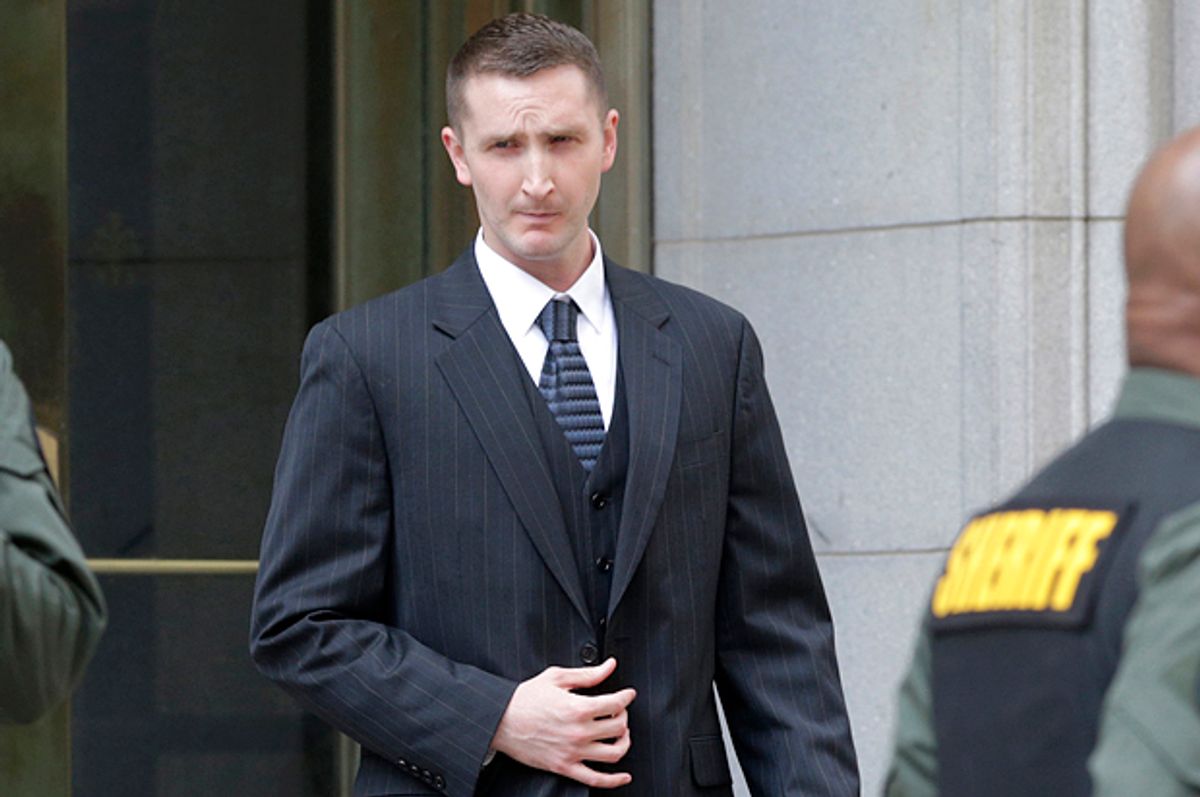 Edward Nero leaves a courthouse after being acquitted of all charges in his trial in Baltimore, May 23, 2016. (AP/Patrick Semansky)
--

A Baltimore police officer was acquitted of all charges on Monday relating to the death of Freddie Gray, a black man who died in police custody last year.

Officer Edward Nero, the second of six officers charged in the case to stand trial, was found not guilty of four misdemeanor charges. The trial of the first officer to face charges ended in a hung jury in December. Gray's death last April sparked protests and riots and became a symbol of long-standing distrust between Baltimore's black community and police.

Reactions on Twitter ranged from outrage to resigned disappointment:

Others cheered the verdict or responded with mocking sarcasm: