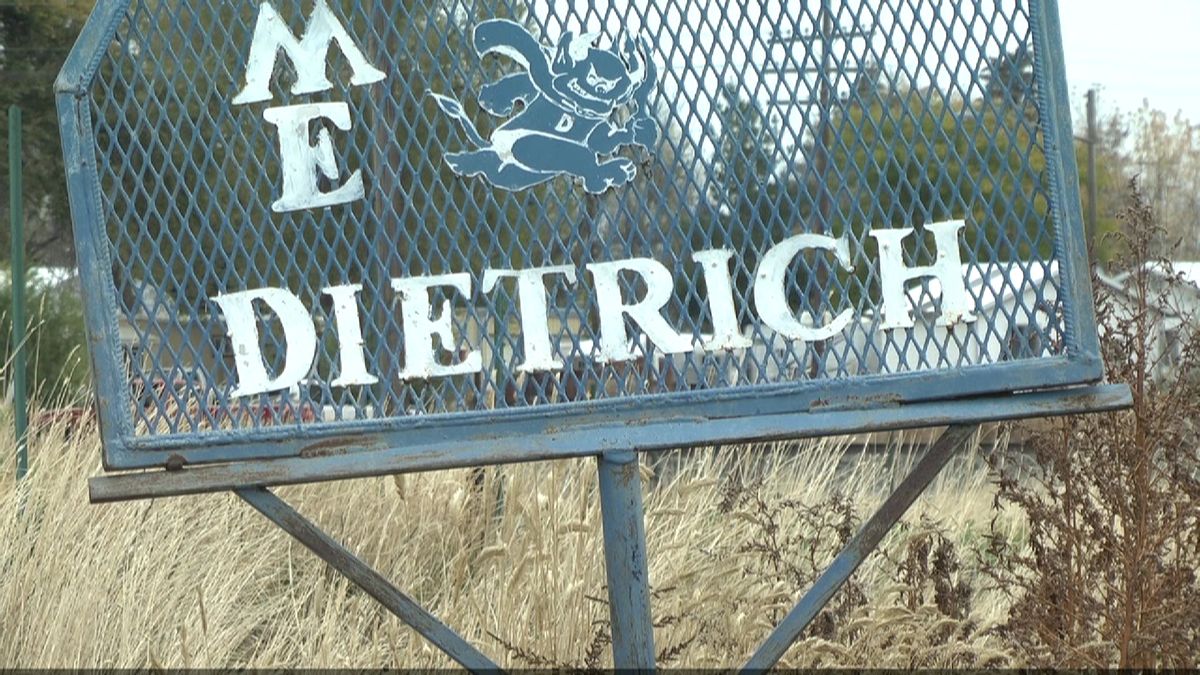 He was adopted by a white family at the age of four and brought to a nearly all-white community of Dietrich, Idaho, but according to his family, the racial bullying and sexual assault an African-American teenager faced from his high school football teammates didn't occur until one particular transfer student "brought with him from Texas a culture of racial hatred" last year.

On Wednesday, the Washington Post brought to light the story of a vicious, months-long campaign of bullying, racism and ableism that allegedly culminated in a gruesome October 25, 2015 sexual assault of an unnamed teenage African-American student in the tiny town of 338:

When a teammate held out his arms after football practice in their high school locker-room, the boy thought he was about to get a hug.

Instead, he got viciously raped, authorities say.

As the teammate restrained the boy, another football player allegedly thrust a coat hanger into the boy’s rectum. Then a third teammate kicked the coat hanger several times, according to a criminal complaint.

The following day, the boy and his parents reported the sexual assault to police. The Idaho state attorney general’s office opened an investigation last November before charging John R.K. Howard, 18, a transfer student from Texas, and Tanner Ward, 17, as adults and a third, 16-year-old defendant, who is not named, as a juvenile for sexual assault in March. Immediately after charges were filed, Lincoln County Judge Mark A. Ingram sealed the cases at the request of Deputy Attorney General Brenda M. Bauges, who argued that releasing details about the incident would make it hard for the teenage defendants to face a fair trial, however, a new lawsuit filed by the victim's family early this month has garnered national attention to the extreme case of bullying.

A witness testified in court last month that 17-year-old Ward initiated the October attack and that 18-year-old Howard was the one who kicked the coat hanger five or six times while it was jammed inside the 18-year-old boy’s rectum, causing painful injuries that required hospital treatment.

According to court records, the victim's family alleges that Howard was the ringleader of a months-long harassment campaign against his black teammate. The victim's father, who is a teacher at Dietrich High School, filed a $10 million lawsuit filed against the school earlier this month, noting that his son has “mental disorders including learning disabilities.”

According to the suit, Howard directed his white football teammates to strip their black teammate naked on the team bus and photographed him, months before the savage attack. The boy “was taunted and called racist names by other members of the team which names include ‘Kool-Aid’ ‘chicken eater’ ‘watermelon’ and n---r,” the suit alleges. From the Post:

The lawsuit, seen by Courthouse News, claims the teenager cried out for help while he was allegedly raped by his teammates on school grounds last October, but not one member of school staff bothered to check what was happening, leaving him "to fend for himself in an extremely hostile environment." The lawsuit specifically names 11 school employees who allegedly did nothing to protect the boy, who was vulnerable due to “mental disorders including learning disabilities.”

Moon man, Moon man, can’t you see
S***s and ni**ers need to hang from trees
And I just love your racist ways
I guess that’s why their mom is black and you’re so great

During another incident described in the lawsuit, students allegedly gawked and shouted “catcalls, taunts and racial epithets” while the victim was knocked unconscious by Howard during a school sanctioned fight club-style night brawl:

Mr. Howard is a large and aggressive male who had been sent to live with his relatives in Idaho due to his inability to keep out of trouble in Texas.

Mr. Howard is a relative of prominent individuals in the community and, at least in part due to his athletic ability and community connections, the Defendants ignored or were deliberately indifferent to the behavior of Mr. Howard which included aggression, taunting and bullying of The Plaintiff and other students in the District.

With deliberate indifference, the Defendants did nothing to curb the vicious acts of Mr. Howard who brought with him from Texas a culture of racial hatred towards the Plaintiff.

Howard has a preliminary hearing set for June 10 and has not entered a plea. Ward's trial is scheduled to begin on September 26.