"I got nothing against him": Neil Young reverses position on Donald Trump using his music

Trump says he got a license to use it, so Sanders-supporting Young says he hasn't got a leg to stand on 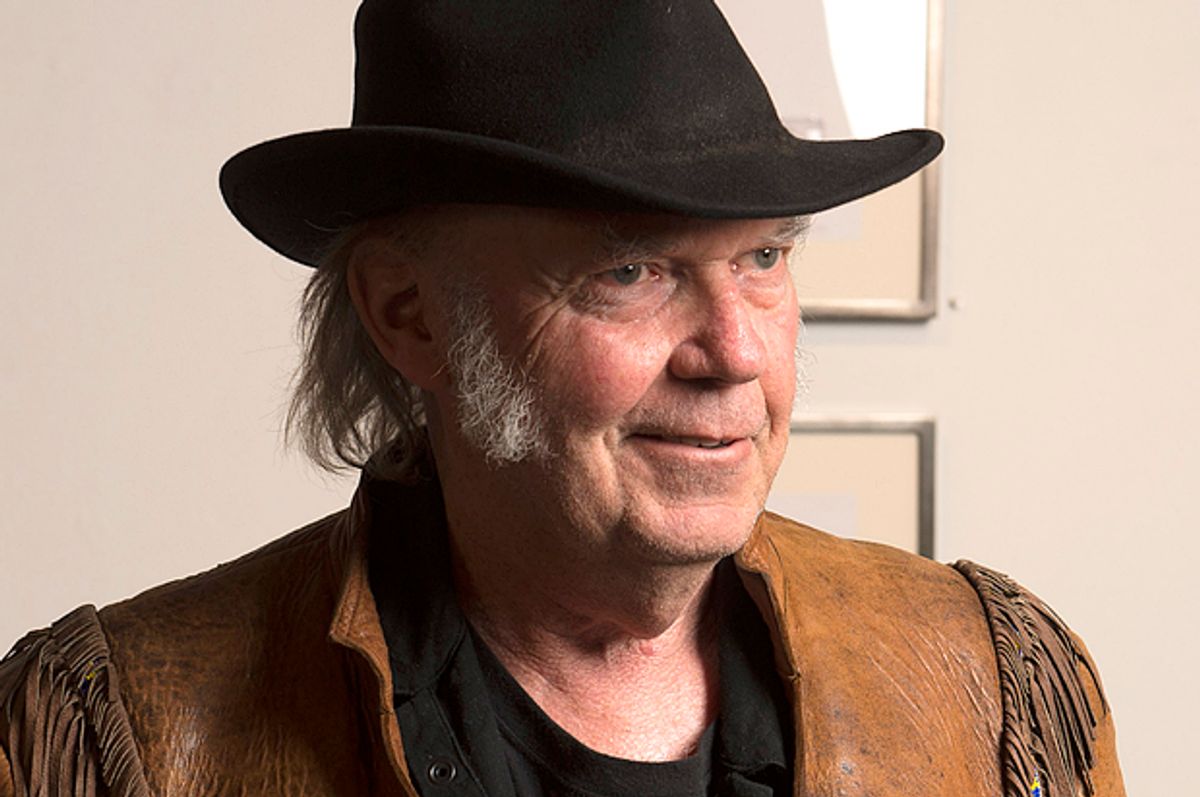 If there is a single running joke that never stops being funny—each and every four years!—it's the one about the Republican presidential candidate who tries to use a rock anthem as his (pretty much always his) theme song, only to be shut down by the inevitably liberal artist.

That familiar situation played itself out again last June, when iconic singer-songwriter—and big-time supporter of Bernie Sanders—Neil Young told Donald Trump to cease and desist using his classic song "Rockin' in the Free World.” Since then, the billionaire has become the presumptive GOP presidential nominee, resulting in an awful lot of backtracking on the part of big-money donors and former political foes. Amid this group, surprisingly, is Neil Young, who is now apparently totally okay with the Donald using his music.

"He actually got a license to use it," Young said, talking to Reuters, in an interview earlier this week. "I mean, he said he did and I believe him. So I got nothing against him. You know, once the music goes out, everybody can use it for anything...The fact that I said I was for Bernie Sanders and then [Trump] didn't ask me to use 'Rockin' in the Free World' doesn't mean that he can't use it."

Um, cool, I guess? Except that Young’s suggestion that the matter was solely an issue of licensing, and totally unrelated to Trump’s whole thing about being an awful, hateful cretin, likely comes as news to those who read the musician's lengthy Facebook statement last summer. In that message, excerpted below, the problem seemed to go beyond mere contractual misunderstandings:

Music is a universal language. So I am glad that so many people with varying beliefs get enjoyment from my music, even if they don't share my beliefs. But had I been asked to allow my music to be used for a candidate—I would have said no. I am Canadian and I don't vote in the United States, but more importantly I don't like the current political system in the USA and some other countries. Increasingly Democracy has been hijacked by corporate interests...I do not trust self serving misinformation coming from corporations and their media trolls. I do not trust politicians who are taking millions from those corporations either. I trust people. So I make my music for people not for candidates.

Young says he still supports Sanders for being “the only one talking about the issues, about issues that matter to me, the issues on my mind—problems of corporate control of democracy and everything slipping away and not being able to have six major companies owning all the media in the United States." Apparently, not having a pretty solid section of your base be vocal white supremacists is less urgent to Young, but we all pick our battles, I suppose.

Crosby, Stills, Nash and Young will never be a thing again for a lot of typical band reasons (e.g., you start to hate people you are essentially band-married to), but after attempting to make good on previous bad blood, David Crosby suggested, via Twitter, that Young’s sudden change of heart on Trump isn’t the best idea.