Premiere: Wainwright turns his acerbic wit on the 2016 presidential election and conjures a bleak dystopian future 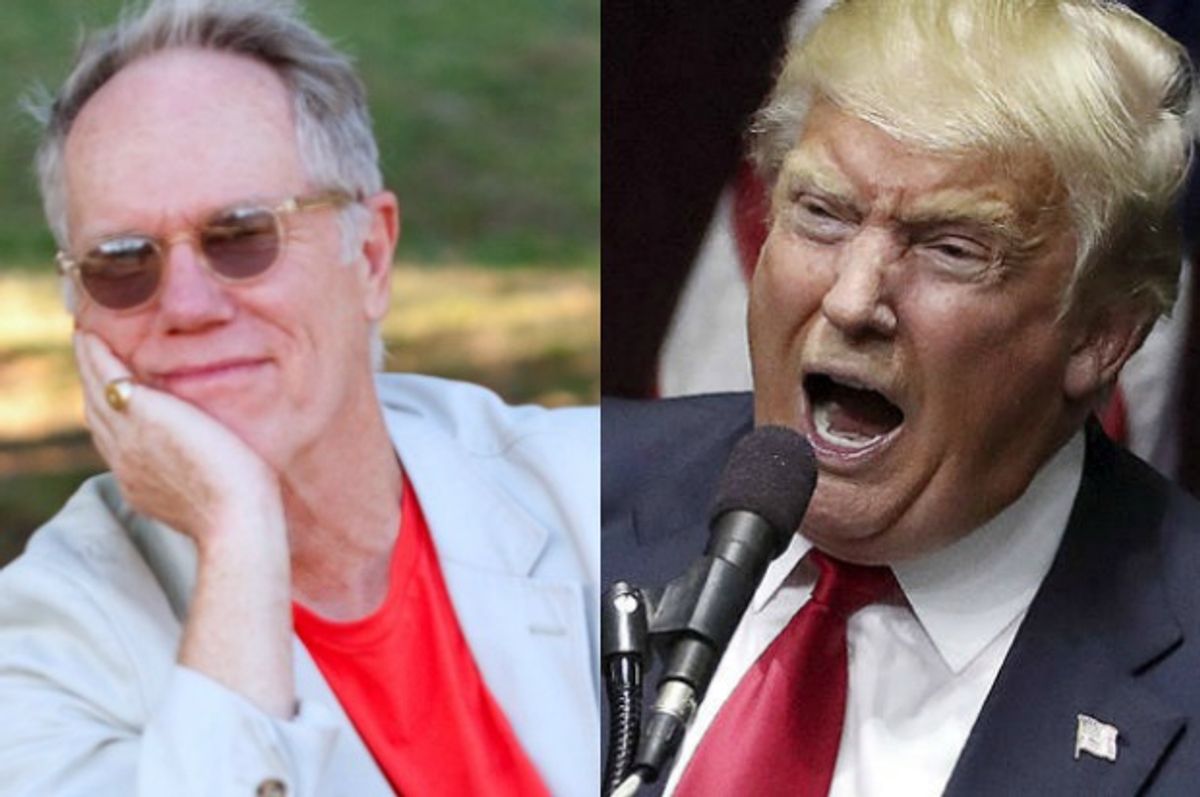 Grammy Award-winning singer/songwriter Loudon Wainwright III turns his storied acerbic wit to the frightening 2016 presidential election with his new single, "I Had a Dream," in which Wainwright imagines the gruesome dystopian spectacle that could be Donald Trump's presidency.

With bone-chilling lyrical predictions like "He made Newt Gingrich Secretary of State / and Rush Limbaugh Secretary of Hate," Wainwright nails the fear and loathing lurking beneath this election.

“Initially, I didn’t want to write a song about Donald Trump,” says Wainwright. “But sometimes in the course of human events things get so weird that you can’t look a gift horse in the mouth, especially if the horse has a real mouth on him.”

“In the past, I’ve taken pot shots in song at political figures of fun like Jesse Helms, Newt Gingrich, Bill and Hill, Bush, Cheney, et al., but folks — this is serious. We hold some truths to be self-evident, and apparently Mr. Trump does not,” he adds. “As Judd Apatow succinctly put it to me after hearing 'I Had A Dream' — 'The only person who benefits from Trump now is you!'"

Listen to the Salon exclusive premiere of "I Had a Dream," which will be available on iTunes tomorrow (May 27):