Cenk Uygur: I'll donate $1 million to charity for a Sanders vs. Trump debate

"The Young Turks" hosts offered to host the debate but Trump may be running scared, now demanding $10-15 million 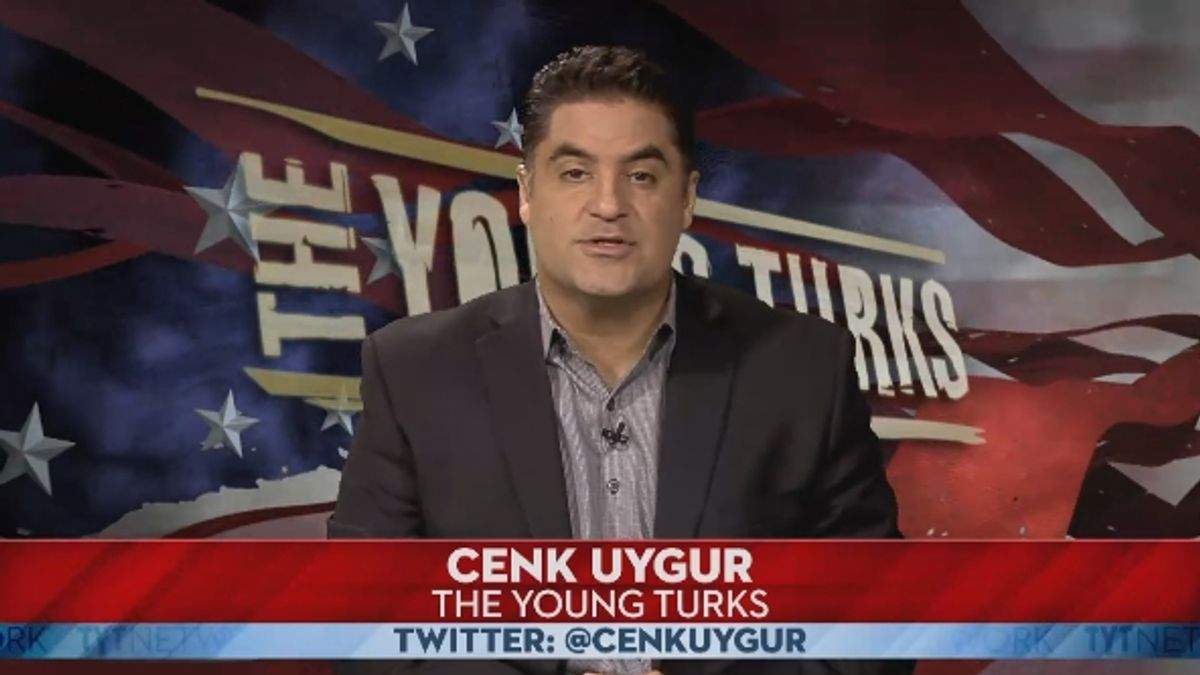 Young Turks host Cenk Uygur really wants to get Bernie Sanders on a national debate stage at least one more time this year, offering to host a debate between the Vermont senator and Donald Trump.

"We are now offering $1 million to charity in order to have that debate,"  Uygur, an outspoken Sanders supporter, reportedly said at a dinner at the National Press Club in Washington on Thursday night, according to The Hill.

"This is a very real offer," the host of the progressive online political program said, telling reporters that he had already contacted both campaigns. "It is our belief that the Bernie Sanders campaign is already in."

“It is my assumption based on what they’ve said publicly that they’d do it,” he said. "This is something that they say that they’ve both been looking for the whole campaign, so let’s get it on.”

"It would be among the most watched debates in the world,” Uygur told Politico, offering to host it on his online video news channel. “It would be a clash of the titans in terms of ideology from the right and the left without the establishment in the middle.”

Uygur's offer comes after both Trump and Sanders agreed to a debate, while presumptive Democratic nominee Hillary Clinton turned down a possible Fox News debate against Sanders ahead of the California primary next month -- a move that Uygur disagreed with.

"[Y]ou should do the debate and compliment Bernie the whole time," Uygur argued during his show earlier this week.

"What better opportunity ... to go out there and use a national stage to compliment the guy his voters like," Uygur said, arguing that one more debate would allow Clinton to win over hesitant Sanders supporters.

Uygur also argued that a Sanders-Clinton debate before the California primary would somehow become an opportunity to double team the presumptive Republican nominee.

"Use the opportunity to attack Trump ferociously... You have a national stage given to you. Take it!"

"A debate for 90 minutes on national television with millions of people watching," Uygur said. "That is millions upon millions of dollars of free advertising. If I really believed my positions, I would run onto the stage. Let me at 'em. A free 45 minutes or more to explain why I'm going to be a great candidate... You're nuts to give that away."

Of course, it isn't just Clinton that may be running scared from a California debate against Sanders. After intially telling Jimmy Kimmel that he would debate Sanders earlier this week, and later adding that the event could raise $1 million for charity, Trump has already began to backtrack on his offer -- upping the ante for his appearance to a $10-$15 million donation to charity.

Uygur told Politico that demand is “unrealistic” and simply an “excuse” from the notorious flip-flopper.

“Our offer is an actual million dollars for charity,” Uygur insisted.“If Donald Trump actually is a man of his word and he cares about that it’s not pie in the sky, it’s real, come and take it.”