"I didn't want the credit": Trump says media "should be ashamed" for investigating his delayed donations to veterans' groups

"You think I'm gonna change? I'm not changing," Trump warned the media who pressed him on his missing donations 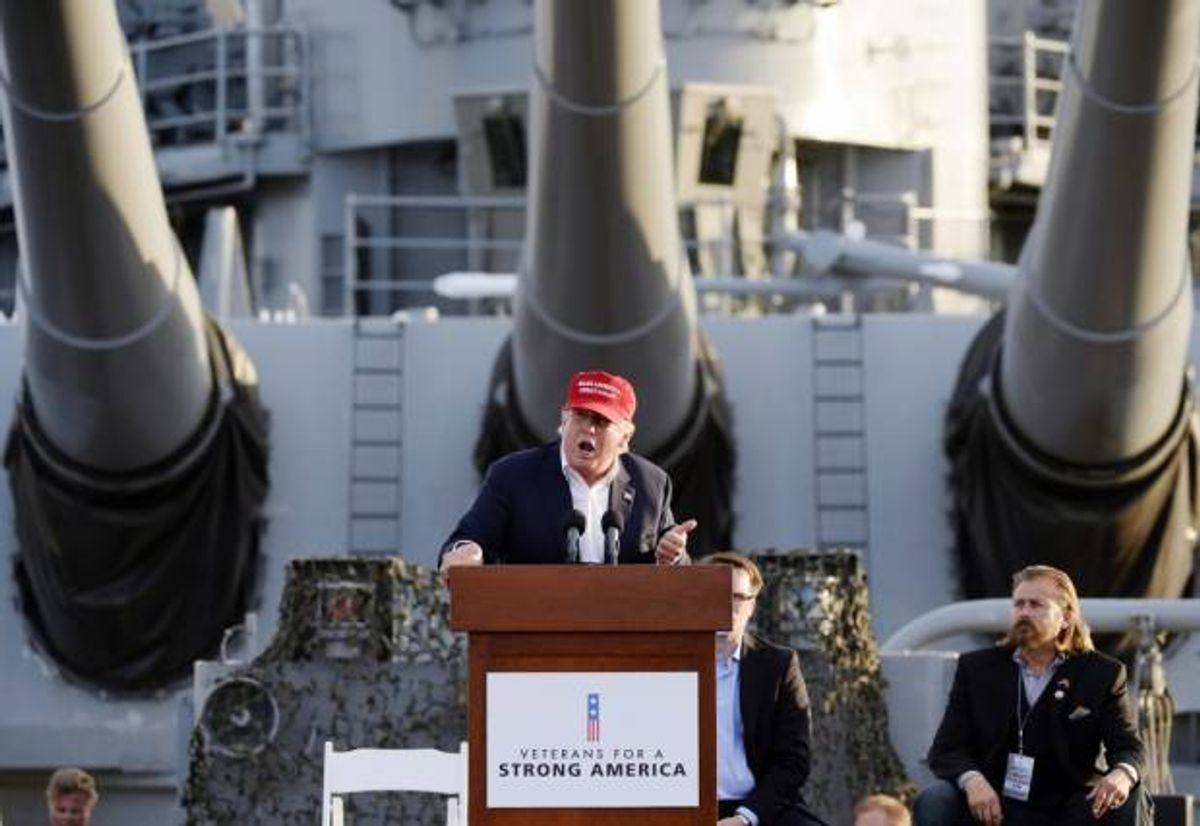 Donald Trump spent most of the time during a press conference meant to address allegations that he failed to donate funds to veterans charities railing against the media for daring to investigate.

During a late-morning remarks at Trump Tower on Tuesday, the presumptive Republican presidential nominee slammed the gathered journalists, complaining that he's actually raised $5.6 million for various veterans groups despite failing to provide any evidence for months.

"On behalf of the vets, the press should be ashamed of themselves," Trump told the press seated before him. "You make me look very bad."

"I have never received such bad publicity for doing such a good job," Trump said, before releasing a list of the veterans groups who received the money.

Of course, Trump's latest controversy began back in January when he backed out of a scheduled Fox News debate in Iowa during the height of his feud with moderator Megyn Kelly and hosted a fundraiser on behalf of veterans instead. That night, Trump claimed he had donated $1 million dollars. However, After nearly four months of media pressure, the Washington Post reported last week that Trump had just made good on his pledge.

"All of the money has been spent," Trump assured the media on Tuesday, listing every group that has received donations -- including one group that he acknowledged will not receive their allocation until they turn in the appropriate IRS documentation.

"It is called vetting," Trump, the only major candidate in decades who promises to not release tax returns, explained.

Relaying during the rambling press conference that one veteran called him crying recently to thank him for a $100,000 donation, Trump said he didn't release the names of the veterans organizations sooner because he wanted to respect their privacy. The blustery businessman said that several prominent businessmen also donated to the veterans groups, specifically singling out billionaire activist investor Carl Icahn for giving $500,000 and Treasure Island casino owner Phil Ruffin for donating $1 million.

When asked if his combative presser would be typical of a Trump White House, Trump delivered this clear promise before ending his bizarre press conference: "You think I'm going to change? I'm not changing."