Trump the strongman: An authoritarian who will intimidate an uncooperative judiciary

The Trump University legal battle: Trump's open hostility to the idea of an independent judiciary is terrifying 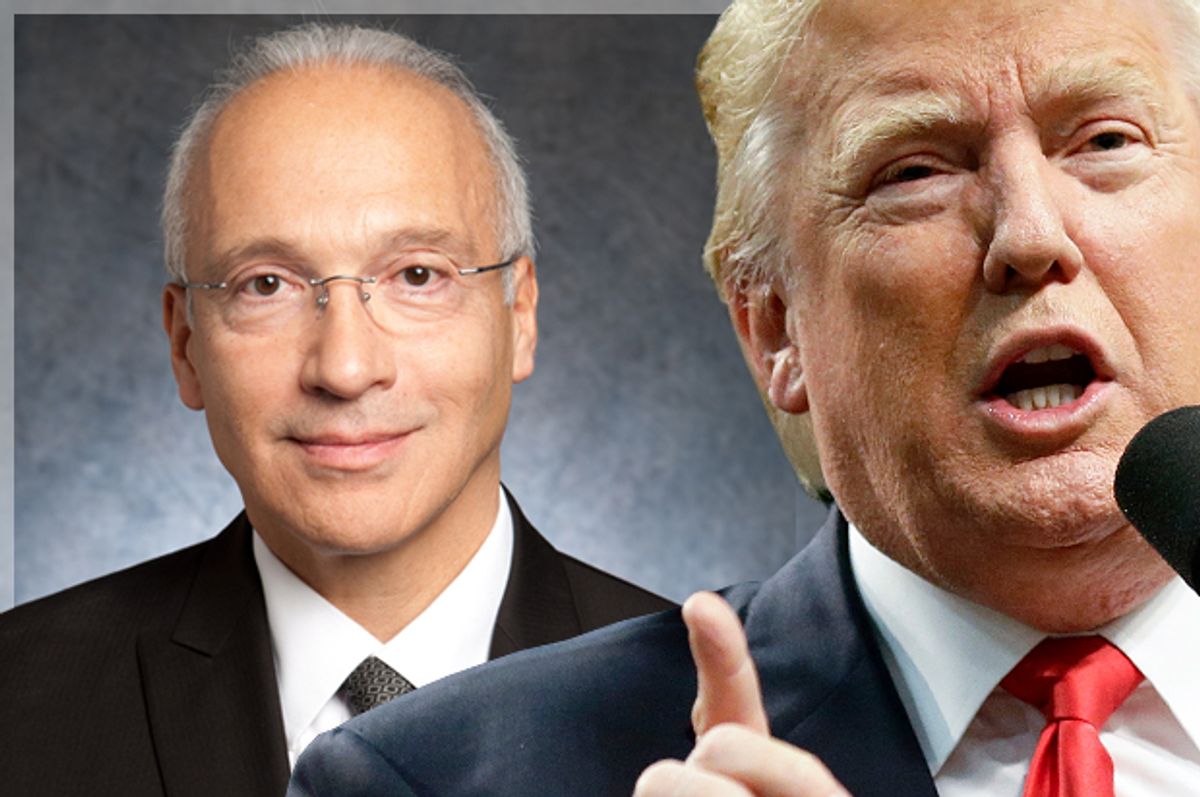 If you want to get your clearest look at Donald Trump the authoritarian, you have to look at how the presumptive Republican presidential nominee approaches the judiciary. It’s becoming clearer and clearer that a Trump presidency would be a constitutional crisis waiting to happen, given how little he respects (or understands) the concept of an independent and co-equal judicial branch.

In case you’re not up to speed, here’s a quick rundown of Trump’s latest legal imbroglio. As you may recall from the Republican primary debates, Trump is currently being sued for fraud for his role in the now-defunct Trump University, a shady operation that suckered people out of thousands of dollars by promising to teach them the get-rich-quick secrets of the real estate market. Last week, at a campaign rally in California, Trump went on an extended harangue against the judge handling one of the Trump University lawsuits, district court Judge Gonzalo Curiel, calling him a “hater” who “is not doing the right thing.” Trump observed that Curiel “happens to be, we believe Mexican, which is great. I think that is fine.” He said Curiel “should be ashamed of himself. I think it is a disgrace he is doing this.” He called the federal court system “rigged” and added that “they ought to look into Judge Curiel because what Judge Curiel is doing is a total disgrace.”

There’s a lot to pick apart in all this, and as Josh Marshall writes, the overt racism on display here is shocking, even for Trump. When confronted with an official who is insufficiently deferential to his magisterial authority, Trump concludes that it must be because Curiel is of Mexican descent and is therefore hostile towards Trump due to his hardline stance on immigration. (Curiel was born in Indiana, not that it matters one way or the other.) There’s nothing to substantiate this allegation, but Trump has determined that Curiel cannot be trusted as an impartial agent of jurisprudence because of his heritage. And that raises questions as to how a president Trump would go about nominating judges – if Curiel’s heritage is a determining factor here, would Trump forgo the nomination of any judges with Hispanic backgrounds because of the chance they might be disgraceful Trump “haters?”

Alongside the racial component, we have the fact that a major party’s presumptive presidential nominee is using campaign rallies to single out and intimidate a judge who is handling a legal matter in which the candidate has a direct financial stake. Trump issued a not-so-veiled threat at a sitting federal judge, calling for some unspecified body to “look into Judge Curiel.” He’s sending an unmistakable message to any judge who happens to be paying attention: do not disagree with Donald Trump, or he will make an example of you.

That’s an extraordinarily dangerous quality to have in a would-be president. The judiciary, by its nature, is not going to side with the president 100 percent of the time, and the executive is bound to enforce the courts’ rulings. Trump either doesn’t understand how the judiciary works or, more likely, he thinks he can bully judges into doing his bidding. And even if he can’t succeed at intimidating them, what he can do is nominate judges who will do whatever President Trump asks. He sees the judiciary as a vehicle for validating his own agenda, and if judges disagree, then they’re reasoning must be illegitimate – they’re either “haters” or untrustworthy minorities.

What’s amazing is that Trump doesn’t go to any trouble to disguise any of this. He just comes right out and owns his authoritarianism. He’ll investigate judges who disagree with him, he’ll threaten corporations who undermine his economic agenda, he’ll ban members of an entire religion from entering the country, and he’ll use the power of the office to settle old scores. Trump is advertising the fact that, as president, he’ll fracture political norms and do whatever he can to concentrate as much power as he can in his own office. That’s frightening enough on its own, but the fact that so many voters gravitate towards a candidate who enthusiastically vows to govern as a racist strongman is downright terrifying.