WATCH: Newt Gingrich tells Fox News that "there's no model for the unique, extraordinary Donald Trump experience -- you just have to relax and take it"

He also, of course, attack Hillary Clinton, saying she was nothing more than "Obama plus corruption" 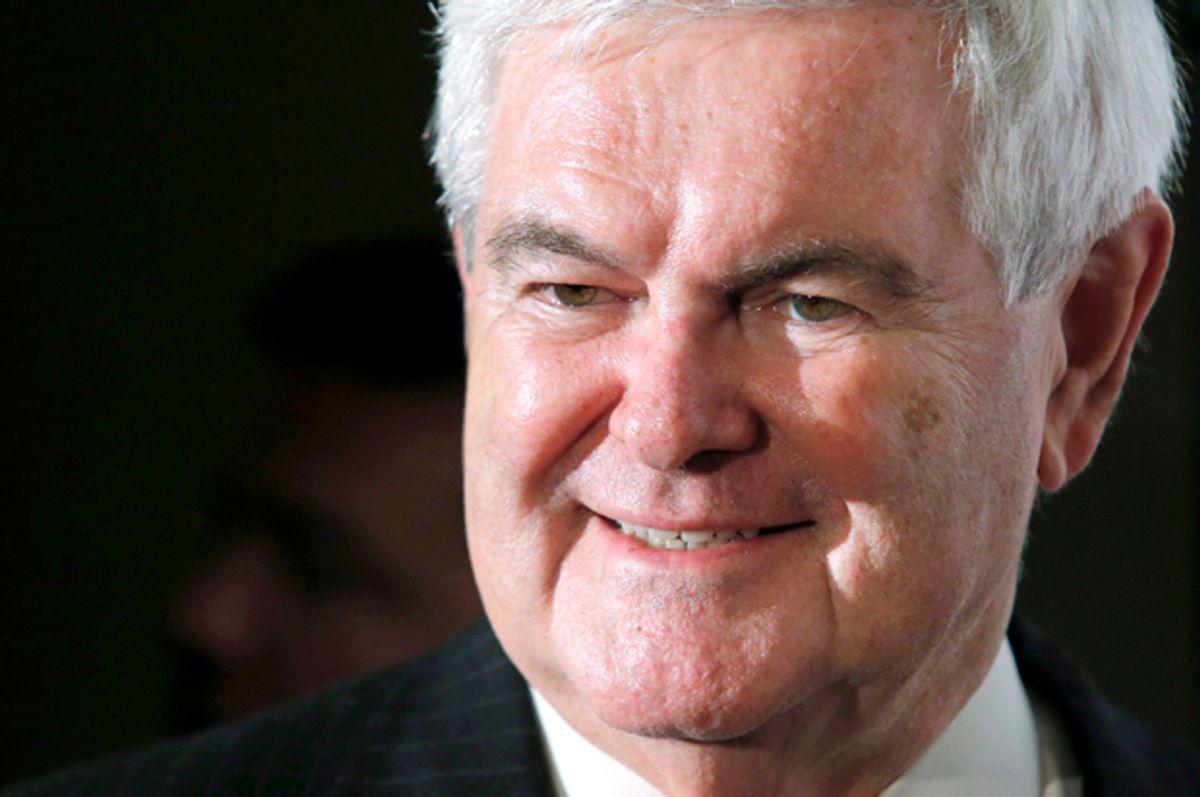 Newt Gingrich appeared on Hannity last night to continue his three decade long crusade against the Clintons, in this case claiming that Hillary essentially amounts to "Obama plus corruption" -- which, at the very least, implies that he doesn't believe the current occupant of the White House to be corrupt.

Gingrich began by saying that there's no model for "the Donald Trump unique, extraordinary experience, not Ronald Reagan, not Richard Nixon -- you just have to relax and take it for that unique experience."

He went on to criticize Trump for incorporating criticism of the media into that "unique, extraordinary experience," saying that "Trump overreaches" because most of the people in the media "are decent people, they just play for the other team -- it's like having a bunch of referees in a game who support the other side, who will go in and block, carry, and tackle the ball."

Gingrich later said that GOP front-runner Donald Trump is "the first candidate in my lifetime to take on the establishment -- and by the way, it's a corrupt establishment, an establishment that pays off each other. What's beginning to come out is that these guys are really sick, and Trump is exposing them."

Among those "guys," however, Hillary Clinton stands alone "at the center of a cesspool of corruption that runs from the Clinton Foundation to the State Department to the campaign machine in a way that is sickening."

"Hillary," he added, "is Obama plus corruption."