Charles Krauthammer: Hillary Clinton's anti-Trump speech was "rather devastating," but she's the "worst" person the Democrats could've chosen to give it

"You look at her and think 'Benghazi,'" Krauthammer said, so she has no foreign policy credibility 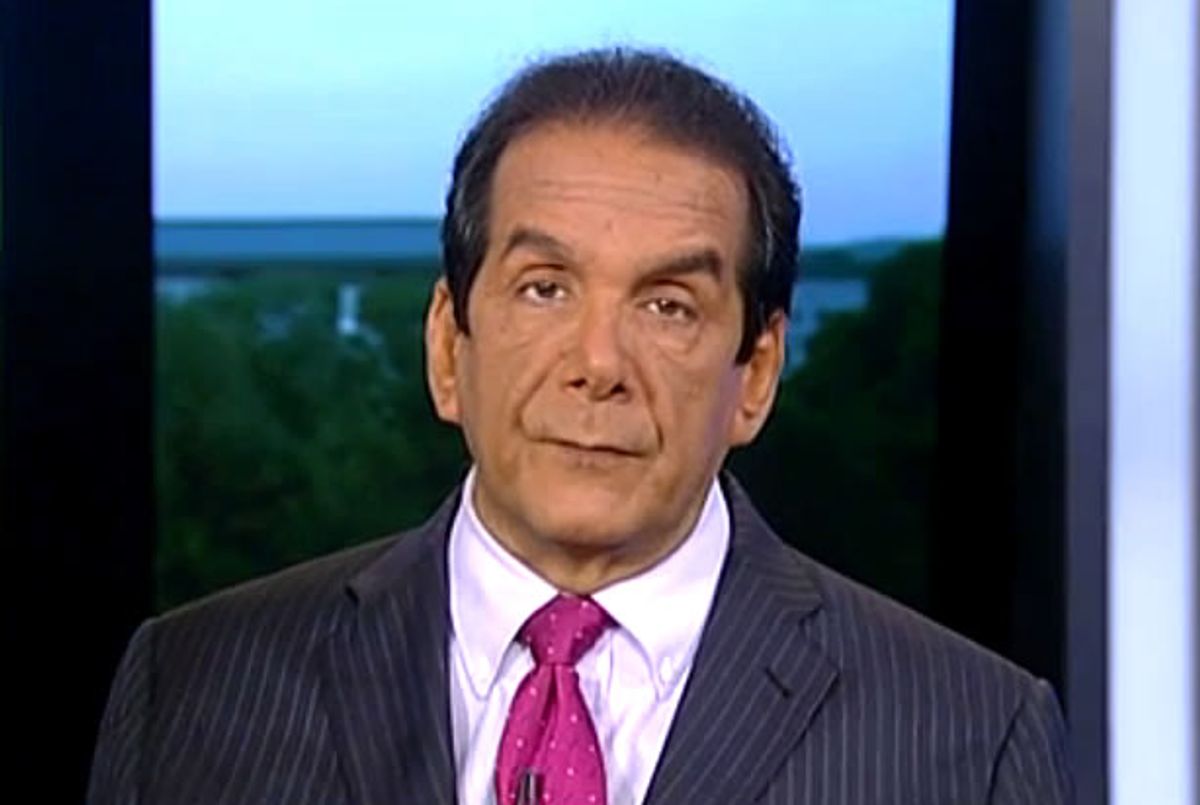 Paleo-conservative Charles Krauthammer endorsed Hillary Clinton's harsh criticism of the "dangerously incoherent" Donald Trump on Thursday, but cautioned Democrats who think she can beat the GOP front-runner that they have chosen the worst person possible to deliver this message.

Clinton's speech was, Krauthammer told Fox News' Bret Baier, "rather devastating -- the accumulation of months of opposition research," and would have had a "tremendous effect" had it come from one of his opponents in the Republican primary. However, because Clinton delivered it, "you're looking at her and you think, 'this is the worst person the Democrats could have chosen to deliver this message.'"

"Because," he continued, "when you look at her, you think 'Benghazi, Russian reset, [and] the disastrous withdrawal from Iraq. What are her positives? Defending the Iran deal?"

Krauthammer added that, politically, Trump was correct not to directly address her comments, even though they are accurate. Instead, he said, Trump should "go after her for who she is and the mistakes she's made."

"This campaign -- particularly when it comes to foreign affairs -- it is going to be incredibly negative," he concluded. "It's going all the way to the bottom."