"I don't know why, he just picked me up!": Ringo Starr describes iconic 1964 photo-op with Muhammad Ali 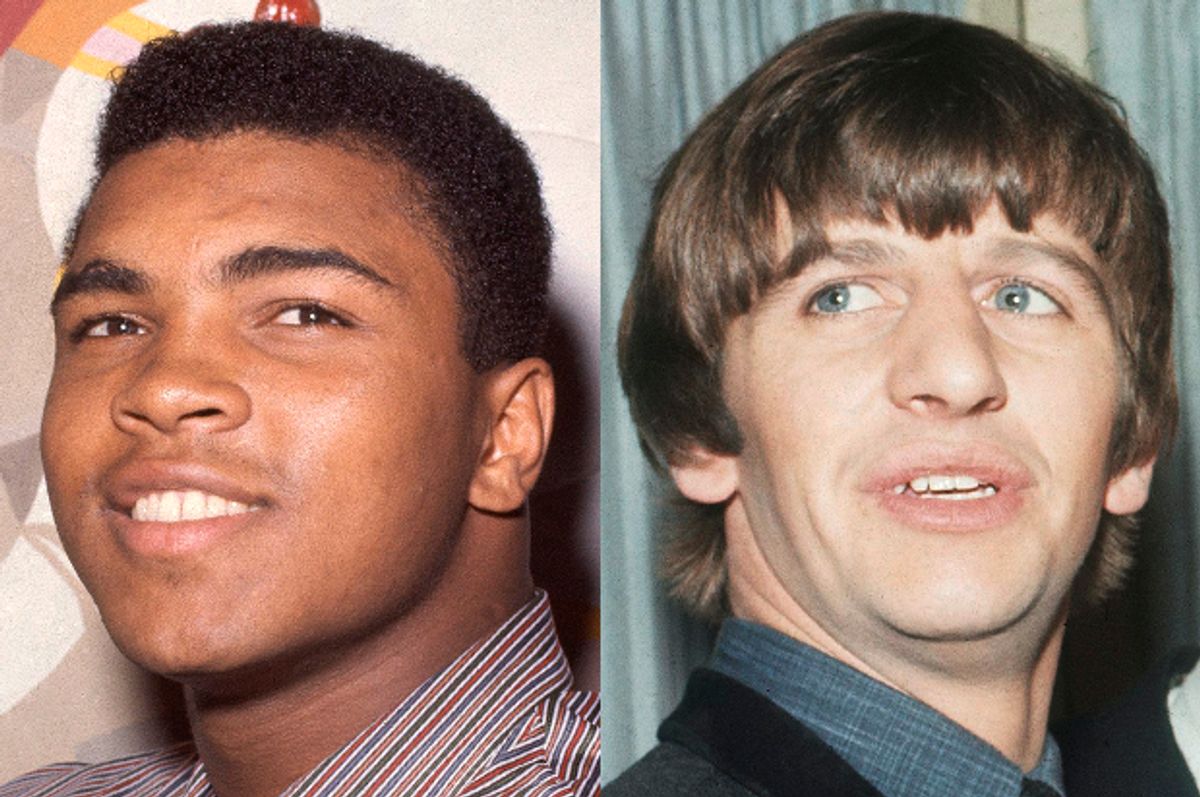 In the interview, Starr, 75, details the story behind The Beatles' 1964 meeting with Ali — then still known as Cassius Clay — at the 5th Street Gym in Miami, one week prior to his knockout win over Sonny Liston to become the world heavyweight champion. The resulting images became "some of the most enduring images of the 20th century."

"We only got out of the ring because he put me down," Starr added.

Read the full interview over at Rolling Stone.