It's not even the most important meal of the day. Research guiding our eating habits is rife with confirmation bias 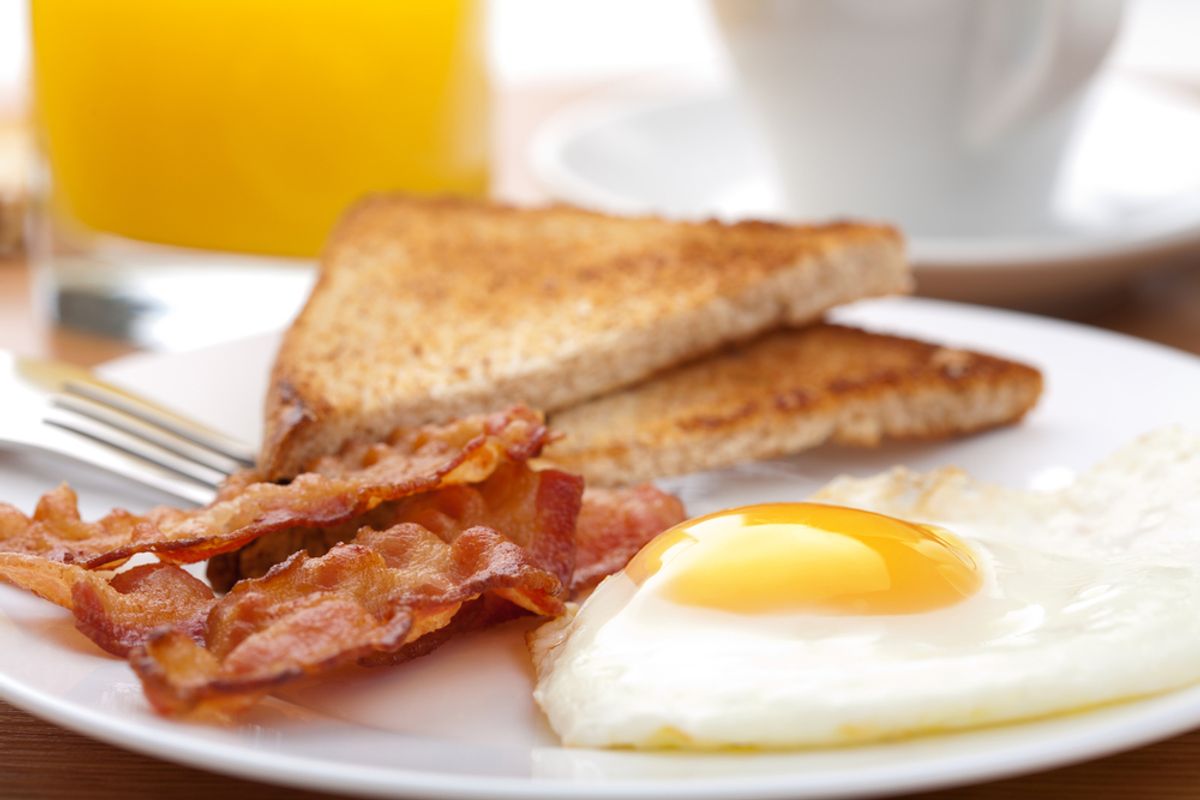 Have you ever stopped to question that well-worn dictum, “breakfast is the most important meal of the day”? I for one have spent many a day of my life breakfastless. Does this mean I’ve regularly risked my health? Popular opinion might argue yes. Aaron E. Carroll writing recently in the New York Times says absolutely not.

Carroll, a professor of pediatrics at Indiana University School of Medicine, argues that common myths around the importance of breakfast stem from “misinterpreted research and biased studies.” He cites a 2013 paper published in the Journal of Circulation that offered evidence tying skipped breakfasts to coronary heart disease and another to obesity. “But, like almost all studies of breakfast,” notes Carroll, “this is an association, not causation.”

Carroll goes on to illustrate the numerous confirmation biases inherent in research that supports this commonly held belief. Prime among these tactics, writes Carroll, are “causal language” and improper citation of results that convince people “skipping breakfast is bad.”

As for the rationale behind this manipulative “observational research”? Carroll writes:

Many of the studies are funded by the food industry, which has a clear bias. Kellogg funded a highly cited article that found that cereal for breakfast is associated with being thinner. The Quaker Oats Center of Excellence (part of PepsiCo) financed a trial that showed that eating oatmeal or frosted cornflakes reduces weight and cholesterol (if you eat it in a highly controlled setting each weekday for four weeks).

Like so many issues tied to corporate-interest research, the problem comes down to a lack of “randomized controlled trials.” That’s not to say they don’t exist. But as Carroll points out, even those that draw no definitive connection between breakfast and the state of one’s health suffer from methodological weakness.

In the end, like most things that concern your health, a bit of common sense and moderation goes a long way. Eat a stack of pancakes one day, have a cup of coffee another. Either way, you’re likely to survive.

Writing for AlterNet in an essay on the corporate breakfast myth, Anneli Rufus reported:

In pre-Corn Flakes America, breakfast wasn't cold or sweet. It was hot, hearty and lardy, and it had about 4,000 calories.

"Breakfast was the biggest meal of the day. Eaten before you headed out to do a whole day of farm chores, it had to keep you going until dinner," says food historian Andrew F. Smith, author of Eating History: Thirty Turning Points in the Making of American Cuisine (Columbia University Press, 2009). Pre-industrial Americans loaded up on protein-rich eggs, sausages, ham and American-style belly-fat bacon along with ancient carb classics: mush, pancakes, bread.

The Great Cereal Shift mirrored -- and triggered -- other shifts: Farm to factory. Manual to mechanical. Cowpuncher to consumer. Snake-oil superstition to science. Biggest of all was food's transition from home-grown/home-butchered to store-bought.

"Cold cereals are an invention of vegetarians and the health-food industry, first through Kellogg's and then through C.W. Post, which steals all of Kellogg's ideas," Smith explains.

"These companies realized early on that people like sugar, and kids really like sugar -- so they shifted their sales target from adults concerned about health to kids who love sugar. It's a thoroughly American invention."

As is orange juice, another breakfast contrivance marketed as healthy for kids. Media buzz about vitamin C and advances in pasteurization spawned the orange-juice industry in the 1930s, turning an obscure luxury into a household necessity.

"Orange juice marketers have succeeded in creating an aura of golden goodness around the product. The idea that orange juice is 'an essential part of a balanced breakfast' is familiar and for the most part unchallenged."

Hamilton is outraged that commercial orange juice is "advertised as pure, fresh, and additive-free. Those who buy orange juice buy the stories that the industry tells."