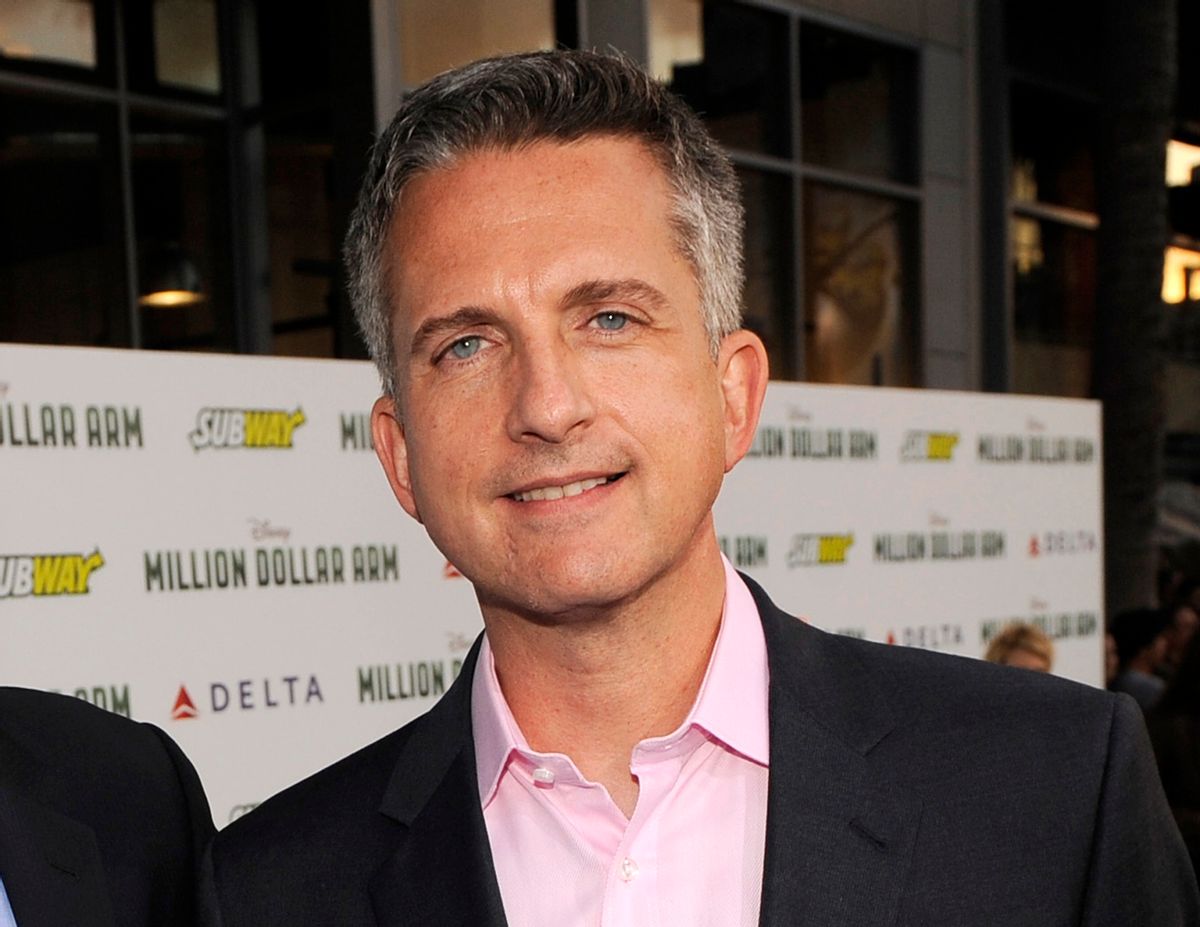 FILE - In this May 6, 2014 file photo, Bill Simmons arrives at the world premiere of "Million Dollar Arm" at El Capitan Theatre in Los Angeles. HBO says it has struck a multi-year, multi-platform deal with the multi-faceted Bill Simmons. Under the deal, which begins in October, HBO will be Simmons exclusive television home, the network said Wednesday, July 22, 2015. (Photo by Chris Pizzello/Invision/AP, File) (Chris Pizzello/invision/ap)
--

Thirteen months after Bill Simmons' acrimonious departure from ESPN, the Sports Guy is riding high. Simmons recently launched a new website, The Ringer, and later this month will host the first installment of an HBO talk show titled "Any Given Wednesday," one element of Simmons' multiplatform deal with the network reportedly worth $7 to $9 million a year.

But Simmons continued success didn't stop him from taking some shots at his former employer in a new interview with The Hollywood Reporter.

"It was f—ing high school," Simmons said of ESPN.  "Who could work there that you respect right now?"

"HBO is like Harvard," Simmons explained. "I'm really competitive, and they just seemed like the best to me. And I wanted to be with the best, and I felt like the last few years at the place I was, even though it's a very successful place, I didn't feel like I had the best chance to win."

Simmons spoke in depth to THR about his September 2014 podcast tirade blasting NFL Commissioner Roger Goodell's handling of the Ray Rice assault case, during which Simmons called Goodell a "liar" and seemed to goad his employer into taking action against him for speaking out against the NFL, a major cash cow for the network. "Please call me and say I'm in trouble," Simmons said. "I dare you."

The incident earned Simmons a three-week suspension from ESPN and came to represent the beginning of the end of his tenure at the Worldwide Leader. Simmons explains to THR that the blow-up was the result of clumsiness on his part:

Simmons willingly admits he didn't bother listening to the podcast before it went up and would have edited out the offending part if he had. "If I'd heard it, I would've been like, 'Shit, we should soften that,' " he says now. "I just said it wrong. I was basically saying, 'If the NFL wants to come after me …' But it sounded like I was challenging ESPN, which was just stupid, and there's no reason to do that." He pauses, then adds: "It probably happened for a reason. If it hadn't been that, it would've been something else."

Simmons blames shadowy forces at ESPN for hastening his falling-out with network president John Skipper. Notably, Simmons claims that his rumored feud with one-time "NBA Countdown" co-host Magic Johnson was an invention of treacherous Bristol staffers seeking to poison his relationship with Skipper. By May 2015, ESPN unceremoniously announced that it would not renew Simmons' contract, which was due to expire in September.

"Part of me thought about leaving ESPN early," Simmons said. "But I was like, 'No, I'm actually gonna take every [last] dollar they owe me.'"

As for his new HBO show, Simmons, who called himself a feminist in the interview, said that Michelle Obama is at the top of his wish list of guests.  "I'm fascinated by her," Simmons explained. "I like some of her thoughts on young girls in sports and social media and girls and things like that, because that's all stuff I care right now because I have an 11-year-old daughter."