Ellmers became a right-wing symbol of Republicans being too soft on "political correctness," so she had to go 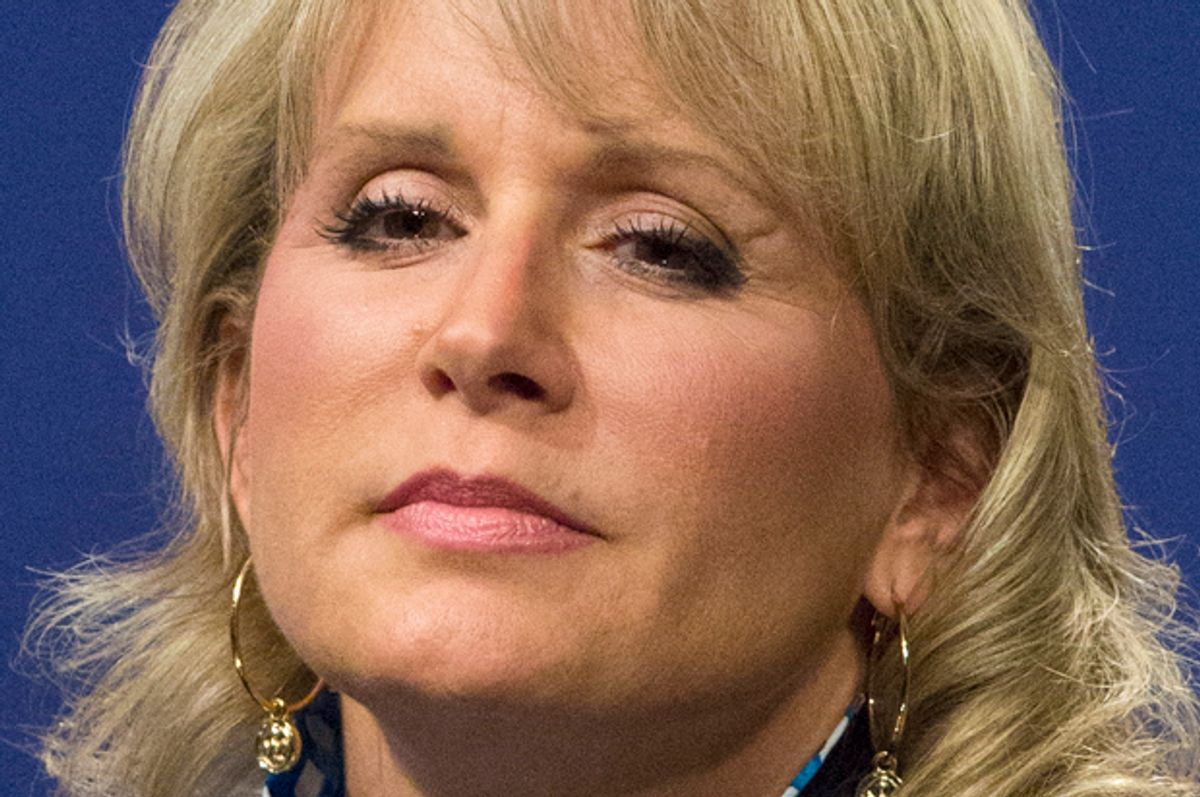 There are two schools of thought when it comes to understanding how it is that the Great Fascist Pumpkin, Donald Trump, managed to secure the nomination of the Republican party, which is supposed to be a serious political party that elects actual politicians to office.

A small Republican primary in North Carolina, where incumbent congresswoman Renee Ellmers lost to challenger George Holding, sheds a surprising amount of light on which theory of Trump's rise is the likelier one.

The first school of thought is that Trump is a uniquely talented politician, a master class in the art of persuasion, a man who has wowed the masses with his nearly hypnotic ability to talk them into voting for him. I call this the Dilbert Theory, named after "Dilbert" creator Scott Adams, who is the second most belligerent proponent of this theory, coming in only after Trump himself.

The second school of thought is that the Republican base is spiraling out of control, furious at the loss of white male privilege, epitomized by the fact that we are very likely to have two presidents in a row who are not white men. Angry conservatives, the theory goes, have started to blame the Republican party itself for not doing enough to stem the tide of inclusivity, which is sneeringly called "political correctness" in right wing circles. The base would nominate a bucket of orange paint under these circumstances, so long as it was marketed as an outsider ready to take on the establishment and put out enough public statements demonstrating contempt for women, racial minorities, anyone that isn't a white man (or a bucket of orange paint).

I call this the Barry Goldwater Theory, building on Elspeth Reeve's observation that Goldwater was an uncharismatic politician who was able to rally the right under the banner of racism, and that Trump is pulling off the same act. He doesn't need to be charismatic or competent, the theory holds. He just needs to be a conduit for a protest vote against social changes that make American life fairer to women and people of color.

The Ellmers loss in North Carolina Tuesday night is perhaps the most solid evidence we have so far that the Goldwater Theory is correct. Ellmers, who first ran for office as a Tea Party candidate, was endorsed by Trump this time around. If the Dilbert Theory is correct, that should have been a huge boost to her campaign. Instead, Ellmers turned in an embarrassing loss, not just losing to Holding, but barely eking out a second place finish ahead of Greg Brannon.

So what happened? Ellmers has become, in the past year, a favorite target for conservative groups looking for a scapegoat for the Republican party's supposed failure to be conservative enough. She became the symbol for conservatives who charge Republicans with catering to "political correctness," not because she was especially liberal or cooperative — she is a rock ridge conservative just like most of the party — buy because someone needed to be the conduit for conservative rage and she drew the short straw.

It's also no coincidence that the punching bag for conservative rage happened to be a woman. Add to it the fact that the lines of her district were redrawn, making her easier to beat. For those who wanted a sacrifice to the gods of right wing purity, Ellmers was an attractive target.

The specific charges against Ellmers of insufficient right-wing purity are incredibly minor. Club for Growth and Americans for Prosperity ran ads condemning Ellmers for voting with Republican leadership on the spending bill, the Export-Import Bank, and things like the wind energy subsidy. On their own, these are issues far too esoteric or wonky to really move voters against someone. But symbolically, these votes were framed as Ellmers being a classic example of a Republican who supposedly sins by cooperating with the dread President Obama.

Another big issue was Ellmers supposedly being too soft on rape victims. Last year, when Republicans went on their annual spree of passing go-nowhere anti-choice bills, Ellmers raised objections to one bill that would ban abortions after 20 weeks, on the grounds that there was no exception for rape victims.

To be clear, she wasn't overcome with pity for women who might be forced to carry rape-caused pregnancies to term. Nor was she opposed to forcing women to give birth even if their fetuses had terrible abnormalities or the pregnancies would cause disability or blindness. She just worried that a male-d0minated party being so hostile to rape victims might be bad optics, saying that the anti-victim stuff was not being "smart about how we're moving forward".

No matter. Her perceived softness on rape victims was enough to make her public enemy #1 in anti-choice circles. The SBA List— which was conceived as an anti-choice alternative to Emily's List — endorsed Holding over Ellmers. Like Club for Growth and Americans for Prosperity, SBA List made an example out of Ellmers, dumping tons of resources on this primary election to send the message that even the perception of pity for rape victims would be treated as an unforgivable caving in to the forces of "political correctness". Now anti-choice press is crowing about how they ousted "traitor" Ellmers.

It got so out of control that rumors started spreading that Ellmers was literally in bed with the supposedly quisling faction of the Republicans.  After right wing forces hounded House Speaker John Boehner out of office for his unpardonable offense of refusing to shut down the U.S. government to stick it to Obama, it seemed he would be followed by Kevin McCarthy into office.

Conservatives opposed this, worrying that McCarthy would also think that it's more important to prevent economic collapse than stick it to the president. Suddenly rumors started swirling that McCarthy was having an affair with....Renee Ellmers, of course. Even though he denied the rumors, McCarthy knew he was beat and withdrew his name.

This is all why the Trump endorsement didn't matter. Few people in the conservative base care very much what Trump actually thinks about his fellow politicians, much less policy. He's just a weapon the right is using to punish the Republicans for supposedly being too cowardly to stand up to liberals.

And Ellmers has, for a good year and a half, been the right's favorite symbol of this supposed cowardice in the face of "political correctness". Her actual views and votes hardly mattered. Someone, ideally someone female, needed to be the sacrificial lamb and she was just in the wrong place at the wrong time while being the wrong gender.

This isn't about pitying Ellmers, to be clear. She's a vicious right wing ideologue, despite her reputation with conservatives, and needs no pity from liberals. Her loss is important only because it's a perfect measure of what is moving conservative base voters this year: Not a love for Donald Trump or an idea about what kind of policies they'd like, but an inchoate rage against women and people of color and any Republicans deemed unwilling to do whatever it takes to lay waste to cultural changes the right finds so threatening.