Obama "fired up" over formally endorsing Clinton: "I'm with her"

Of Clinton, the President says, "I don't think there's ever been someone so qualified to hold this office" 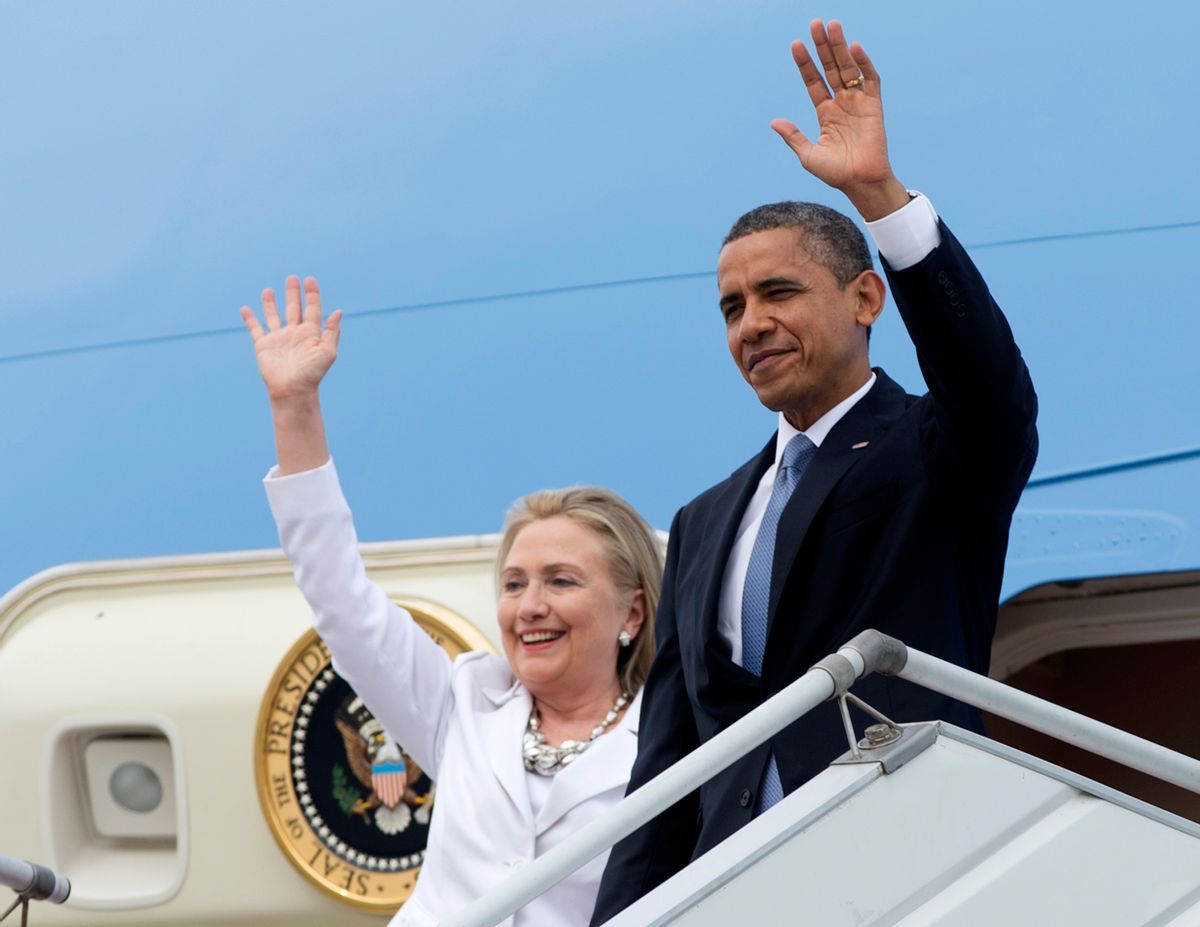 FILE - In this Nov. 19, 2012 file photo, President Barack Obama and then-Secretary of State Hillary Rodham Clinton wave as they arrive at Yangon International Airport in Yangon, Myanmar on Air Force One. President Barack Obama had some advice for Hillary Rodham Clinton. "If she's her wonderful self, I'm sure she's going to do great." Sounds simple, but friends say Clinton has never shown voters her true self. Mitt Romney couldn't shake the stereotype of callous rich guy. Rand Paul acknowledges he's got to learn how to hold back his temper. Policy is important, but when running for president, figuring out how to fit your personality to politics matters just as much. (AP Photo/Carolyn Kaster, File) (AP)
--

“I know how hard this job can be, that’s why I know Hillary will be so good at it,” Obama said in the endorsement video. “In fact I don’t think there’s ever been someone so qualified to hold this office."

"She's got the courage, the compassion, and the heart to get the job done," the president continued. "I am fired up and I cannot wait to get out there and campaign for Hillary."

The announcement came in the wake of Obama's Thursday morning meeting with Bernie Sanders regarding the future of the Vermont senator's presidential campaign after Clinton became the presumptive Democratic nominee earlier this week.

"Secretary Clinton and Senator Sanders may have been rivals during this primary," Obama said in his endorsement, "but they're both patriots who love this country and they share a vision for the America that we all believe in."

“It just means so much to have a strong, substantive endorsement from the president. Obviously I value his opinion a great deal personally,” Clinton told Bloomberg Politics. “It’s just such a treat because over the years of knowing each other, we’ve gone from fierce competitors to true friends.”