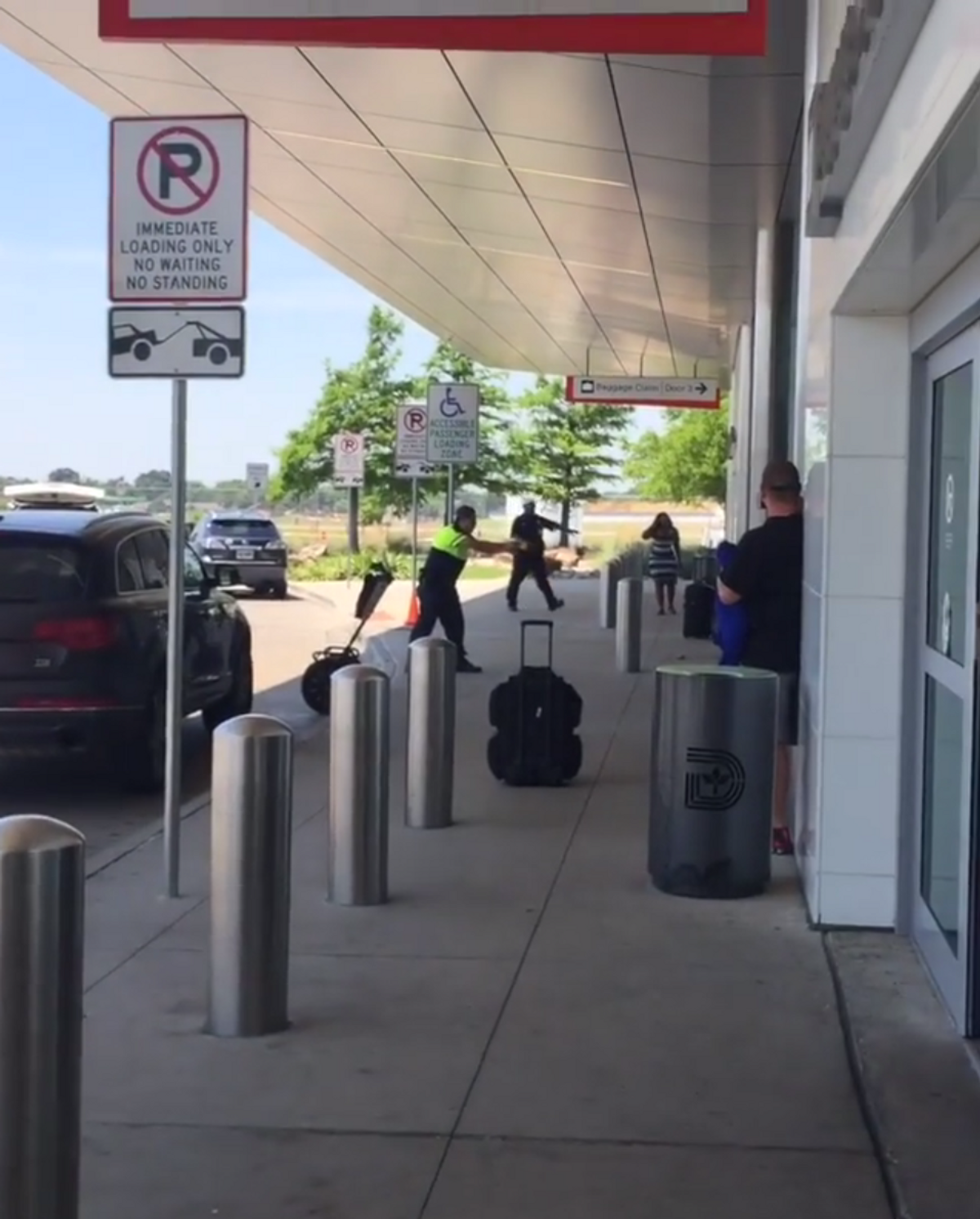 A shooting was reported Friday morning at Dallas Love Field Airport. Details remain murky, but what is known is the unidentified suspect -- "an African-American male," according to Dallas Police — has been hospitalized.

"It's too early at this time to be able to tell you what [the suspect's] condition is," police said. "When he left, I believe that he was conscious."

Early eyewitness reports claim the altercation began as a domestic dispute outside of baggage claim.

The airport's baggage claim remains closed and, according to Dallas director of aviation Mark Duebner, "Right now we’re going to have to empty the terminal, sweep it to make sure it’s empty and rescreen them."

Instagram video shows police repeatedly ordering someone to "stay down" before firing at least nine shots. Following the shots, a woman can be heard screaming and interacting with an officer.

I just got off the plane at Dallas Lovefield airport and this what I come out to 😳. You can use this footage with video credit to Bryan Armstrong/ @flashyfilms_ #DallasLoveFieldShooting