Donald Trump's dumpster-fire campaign: It's so much worse than you thought 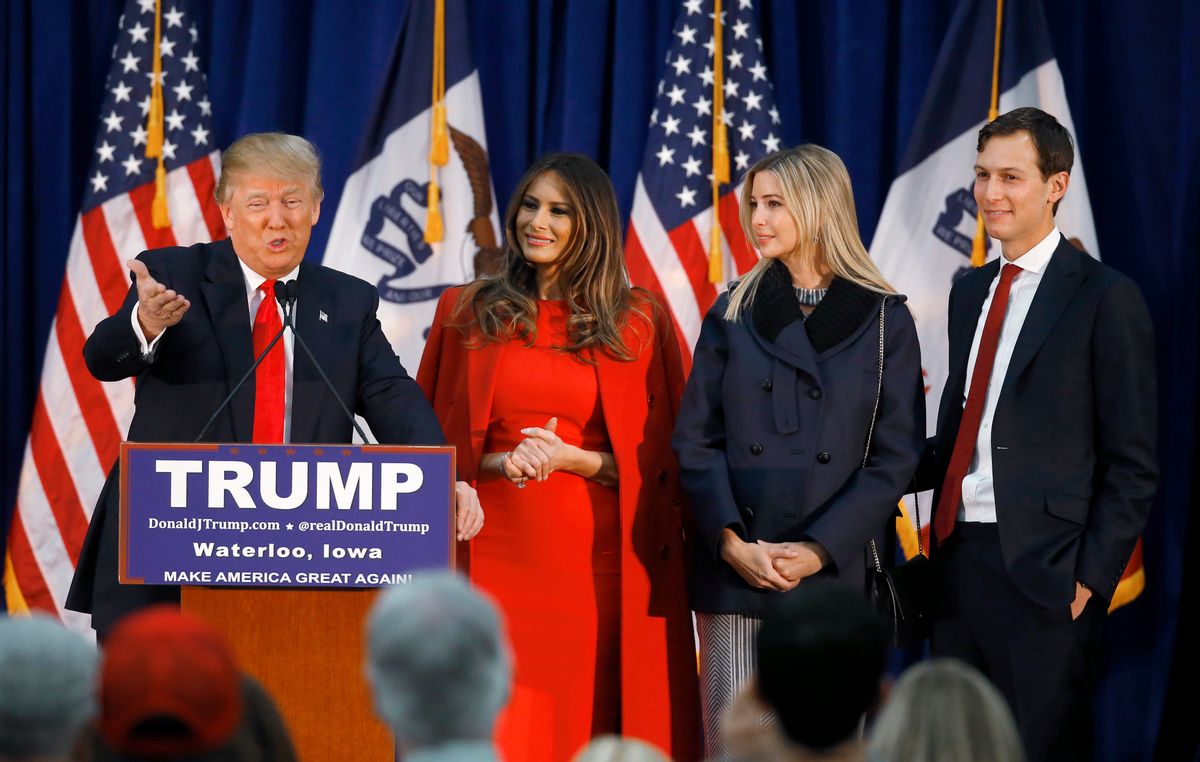 However bad the Trump campaign appears to be from the outside, it's much, much worse on the inside. Turns out the Donald has virtually no campaign infrastructure, no material plan for the general election, no data or analytics team, no fundraising operation, and a barely competent skeletal staff. And he can't coordinate a consistent message because his entire campaign is based on his whimsical improvisations. These would be calamitous problems even if Trump weren't a bile-spewing nativist without discipline or practical knowledge of politics.

Recall that just one month ago Trump pledged to raise $1 billion dollars for his general election bid. He has since held only two fundraising events, and at his current trajectory he won't come anywhere near that goal. Naturally, he's backtracked on that figure, telling Bloomberg, “I just don't think I need nearly as much money as other people need because I get so much publicity. I get so many invitations to be on television. I get so many interviews, if I want them.”

While it's true Trump gets a lot of airtime, it's also true that much of that time is spent uttering and defending incendiary remarks. His proclivity for hate speech has (sadly) endeared him to GOP primary voters, but his favorability numbers among the broader public have steadily declined over the last six months. And his reliance on free media becomes less profitable in a general election if he's unable to dial down the racism. As Eric Levitz observed, “If Trump becomes a disciplined candidate, he'll get less free media. If he doesn't, he'll get free media that hurts him.”

Trump's teleprompter speech earlier this week suggests he's open to becoming more disciplined. But that won't solve his organizational problem. The RNC has no doubt improved its capabilities since 2012, but none of that matters if the nominee can't get it together. Trump will have to set the tone. If he can't control himself, if he can't beat back his urge to offend ethnic groups, nothing the RNC does will be effective. As former RNC political director Mike DuHaime told The Washington Post, “The team they have in place is very good. I think what ultimately is missing is that it needs to mesh with the nominee's...No matter what the RNC does, it's still up to the campaign to set the direction.”

But Trump doesn't take direction and he doesn't do strategy. Everything is impulsive, improvisational – to the extent that he has a strategy, that's it. Trump is content to tweet his way to the White House, convinced that what worked in the primaries will work in the general election. But a general electorate is very different from a Republican primary electorate, and Trump's boastful idiocy won't find as large an audience among Democrats, independents, minorities and women. And his indifference to building a robust ground game will prove fatal in swing states, where the election will be decided.

Still, Trump insists his bare-bones approach will suffice in November. Steve Duprey, an RNC committeeman from New Hampshire, says Trump “has thrown out the rule book and rewritten it and run the most nontraditional, unorthodox campaign in my lifetime, and it's worked so far.” Yes, it's worked – in the primaries, that is. And yes, Trump has managed to defy the laws of political gravity thus far. Eventually, though, he'll need more than jingoistic platitudes and racist dog-whistling. In the end, it's a turnout contest. Whoever gets their people to the polls will win. And that requires volunteers and staffers on the ground doing the dirty work. Trump expects the RNC and the thinly staffed state parties to handle this on his behalf. Meanwhile, the Democrats have expanded their already massive digital operation and are miles ahead of the Republicans. Clinton, by contrast, already has 660 more people on her payroll than Trump, and that's in addition to her sophisticated voter targeting apparatus. These organizational gaps will only increase over the next few months.

There are many reasons why Trump is unlikely win in November, the most obvious of which is the Electoral College. But his amateurish non-operation will ultimately sink any chance he has of mounting a viable national campaign.