WATCH: Obama burns Trump in "slow jam" with Jimmy Fallon: Sorry, Donald, "but orange is not the new black" 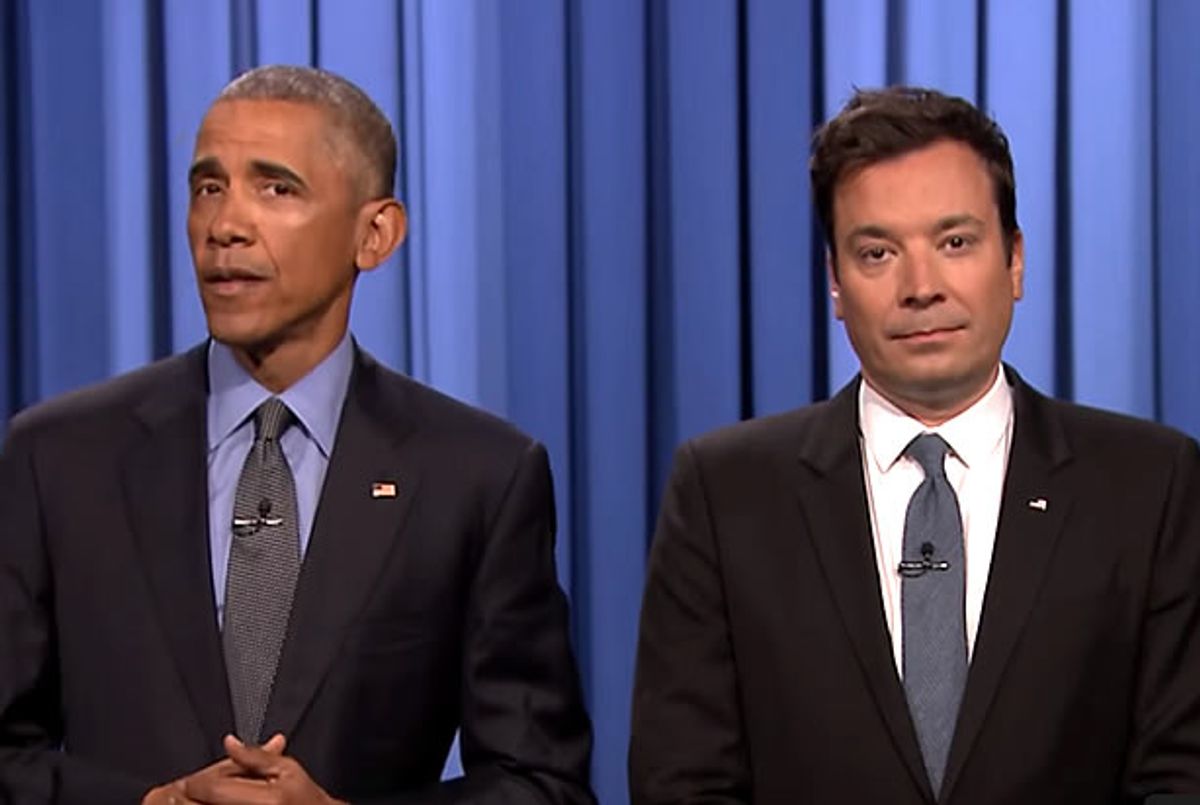 President Barack Obama joined Jimmy Fallon on The Tonight Show Thursday to "slow jam the news" -- which in this case meant to tout his accomplishments in office and point to the shortcomings of his Republican critics, foremost among them, Donald Trump.

"I’m proud of the many progressive steps our country has taken in recent years, both socially and environmentally," he began.

"The U.S. has been a leader in developing clean energy, to ensure the health of our planet for future generations. Thanks to the Affordable Care Act, an additional 20 million Americans now have access to quality health care. And same-sex couples across the country now have a constitutional right to marry."

In other words, he continued, "climate change is real, health care is affordable and love is love."

Fallon later asked the president if he's been keeping up with election coverage. Obama replied that he's been too busy watching "my new favorite TV show -- 'Orange Is Not The New Black.'"

Watch the entire "slow jam" below via NBC.