Watch George Stephanopoulos grill Paul Ryan over Trump support: "What core principle is more important to the party of Lincoln than standing up against racism?" 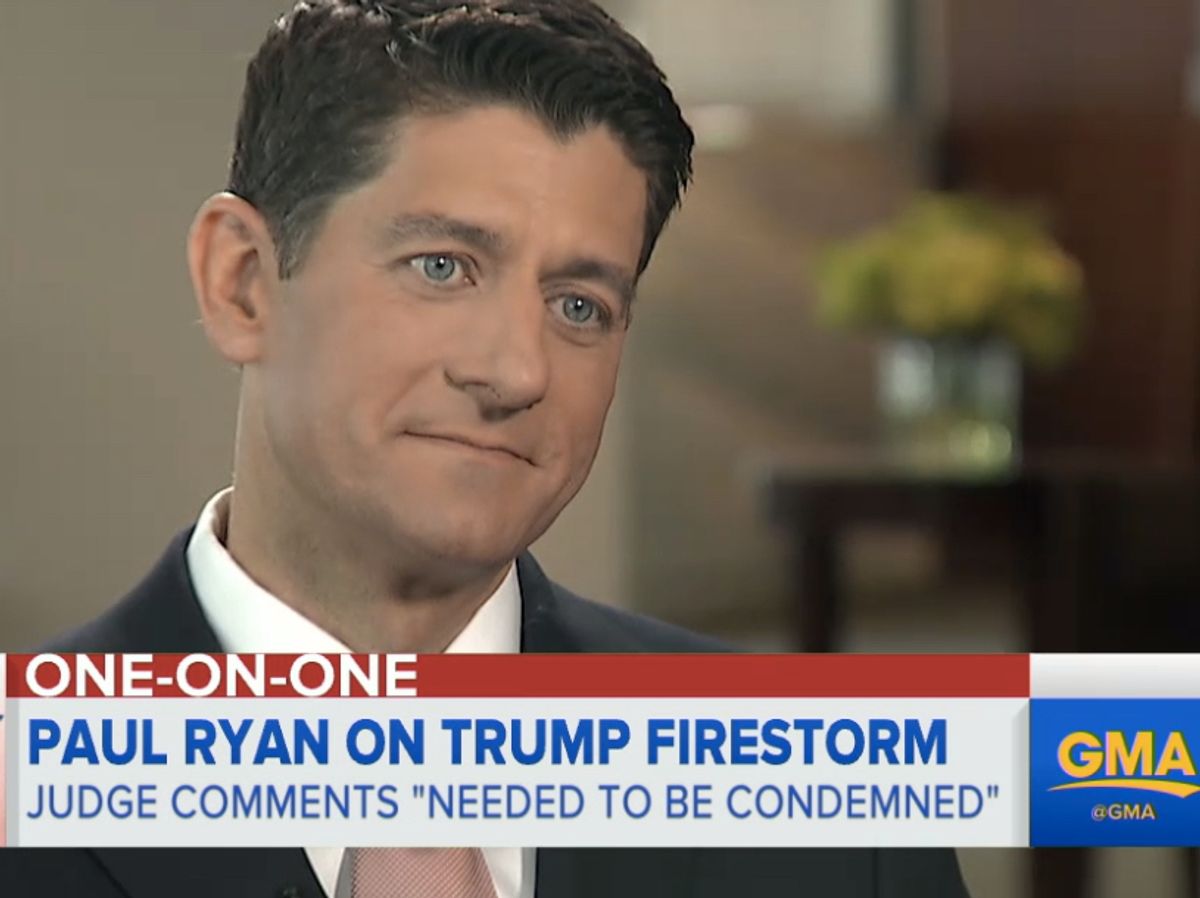 Republican leaders are scrambling to make the best of Donald Trump's so-called presidential pivot from racist attacks on Mexican immigrants in general to a more narrowly tailored assault on the Mexican heritage of one particular American-born federal judge, dishing out excuses, rationalizations and baseless hopes for a more tactful nominee in the coming months. But in the meantime, they are suddenly now having to answer for Trump's campaign of bigotry and its seeming acceptance by Republican voters.

"This is something that needed to be condemned," House Speaker Paul Ryan said of Trump's recent attacks on Judge Curiel to ABC's George Stephanopoulos Friday morning. "That's not political correctness, suggesting that a person can't do their job because of their race or ethnicity," Ryan attempted to forcefully assert a little more than a week after finally publicly endorsing the presumptive Republican presidential nominee.

Pointing out the Ryan's endorsement came after Trump had repeatedly gone after the judge presiding over a pair of Trump University scam cases, Stephanopoulos pressed Ryan on his duplicity on the matter.

"[Y]ou said in explaining why you're standing by your endorsement of Mr. Trump that what matters more to you more than anything are our core principles," the host noted. "But what core principle is more important to the party of Lincoln than standing up against racism?"

Of course, as comedian D.L. Hughley recently remarked, Ryan is essentially arguing that Trump's brand of racism is better than Hillary Clinton's brand of liberalism.

Ryan's comments are in line with Senate Majority Leaders Mitch McConnell's recent gripe with his party's presumptive nominee failing to simply "get on script" and stop being so vocally racist.