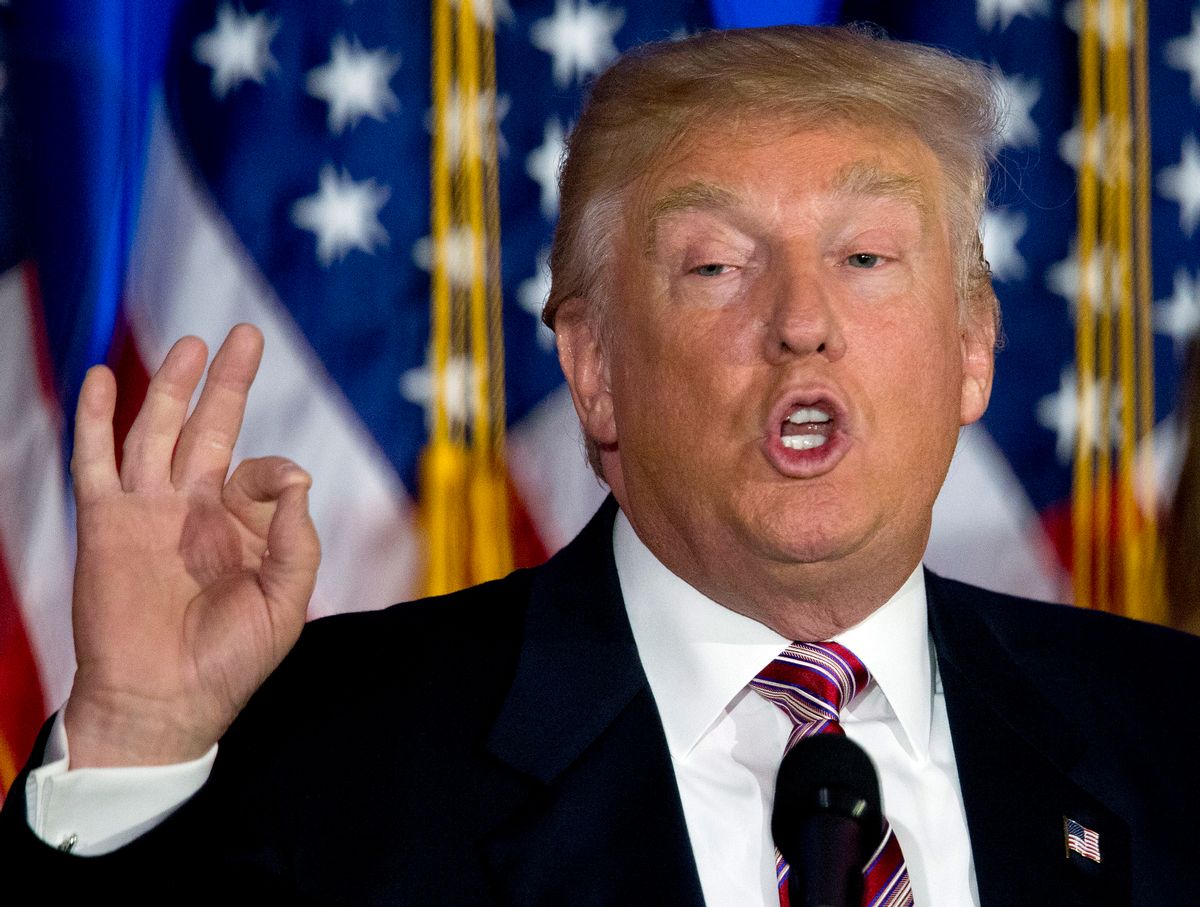 In this June 7, 2016, photo, Republican presidential candidate Donald Trump speaks during a news conference at the Trump National Golf Club Westchester in Briarcliff Manor, N.Y. It’s exceedingly improbable, but not completely farfetched: Dismayed Republicans could still dump Donald Trump and find a different presidential nominee at their national convention next month. Once viewed as a political joke, the blunt-spoken billionaire has stormed to the cusp of becoming the GOP nominee. (AP Photo/Mary Altaffer) (AP)
--

What once was standard Republican reaction to mass shootings -- deflection and cries against "politicizing the tragedy" -- has given way to an even more grotesque wanton disregard for decorum, decency, and humanity in this, the Year of Trump.

In the wake of the deadliest mass shooting in modern American history, presumptive Republican presidential nominee Donald Trump released a pair of nakedly political and wholly inappropriate remarks -- congratulating himself for his proposal for an unconstitutional temporary ban on Muslims entering the United States and calling on the President of the United States to resign from office for failing to call the shooting at an Orlando, Florida, gay nightclub an act of "Radical Islam."

“In his remarks today, President Obama disgracefully refused to even say the words 'Radical Islam'. For that reason alone, he should step down,” Trump said in a statement released late Sunday afternoon. According to The Hill, Trump also added a call for presumptive Democratic presidential nominee Hillary Clinton to drop out of the race if "after this attack, still cannot say the two words 'Radical Islam.'"

Of course, speaking from the White House earlier Sunday, President Obama did, in fact, describe the attack on Pulse Nightclub that left at least 50 people dead and another 53 wounded, as "an act of terror and an act of hate.” The president's comments came less than 14 hours after the shooting took place in the early morning hours of June 12, markedly faster than had occurred after the terror attacks in San Bernardino, California, last December. Conservatives, however, have made it a hallmark of their continued attacks on the president to complain about the language used to designate a terror attack since at least the attacks in Benghazi, which they argue was downplayed by the administration in order to win reelection in 2012.

Twice failed Republican presidential candidate Mike Huckabee picked up the mantle on Sunday without skipping a beat or pausing for the deceased (well, he did offer his standard platitude of a prayer):

As for Trump, his ridiculous call for President Obama to step down only looks slightly less disgusting in comparison to the tweets he sent beforehand thanking supporters for lauding his anti-Muslim bigotry: