The 6 most ludicrous myths TV perpetuates about class in America 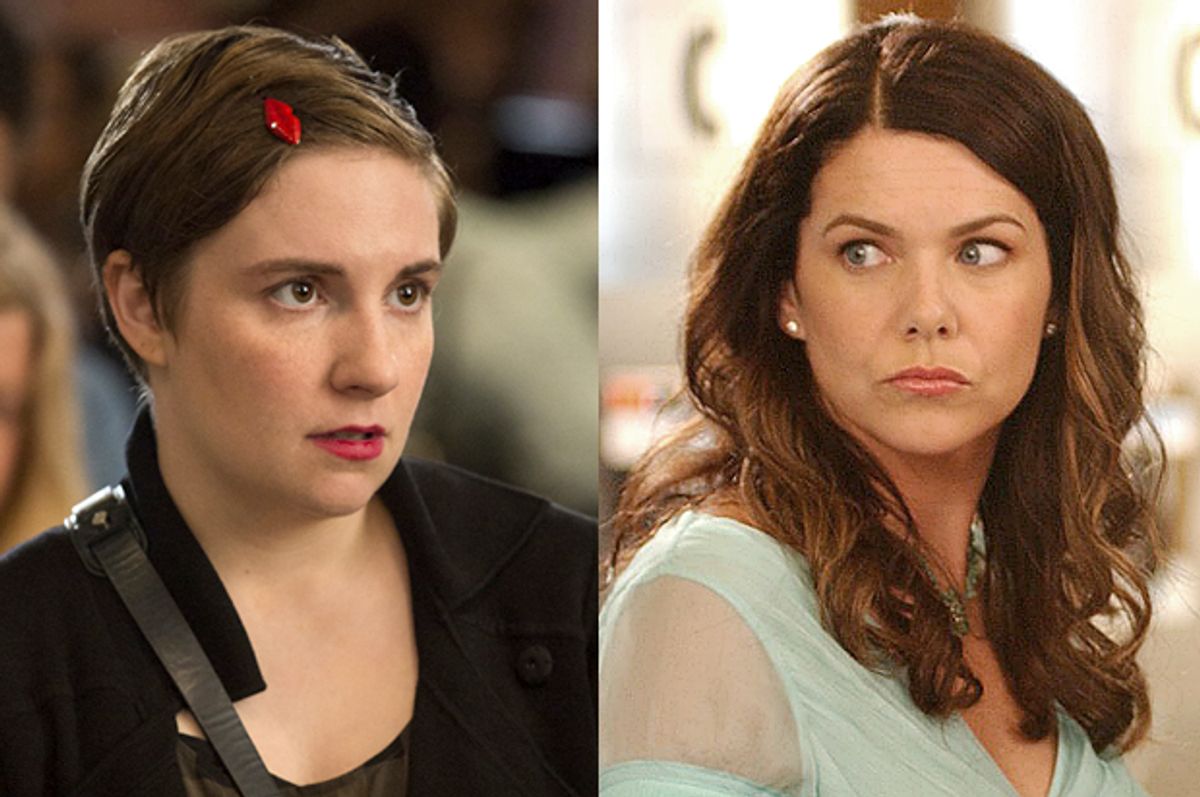 When President Obama recently issued an executive order updating and expanding overtime protections, outcry from ostensibly liberal industries revealed the limits of their progressivism. The entertainment sector has traditionally relied upon exploitative arrangements with new entrants, often perceived as a stepping stone to executive positions. The expanded regulations are seen as a threat to what Scott Timberg terms the “Devil Wears Prada” economy. As Timberg notes, the new protections won't just help young workers in creative industries, who will now be adequately paid for their labor, but will help diversify companies that produce culture. “If it takes a low-paying, schedule-devouring job to enter politics, the movies, publishing, or anything else, the only people who can enter those fields will be people with considerable financial resources,” he writes, “This would just be a footnote if our culture and our politics weren’t fairly important spheres of American life.”

The sphere of television, in particular, is now engaging in some prodded introspection about diversity, or lack thereof, both on screen and behind the lens. But such conversations shouldn't be limited to race or gender. Class background, though not readily identifiable, is similarly formative. And television has been similarly irresponsible in its portrayal of class, often relying on a series of harmful and reductive tropes when exploring financial issues.

Being rich is hard, too!

"The O.C.," like many of the shows whose portrayal of class is deeply problematic, was actively about money. The show's very allure was that it served as a lens into a world most of us will never see, taking us “behind the gates” along with the county's new arrival, Ryan. While the series at least placed Ryan, from a poor neighboring city, at the center of its narrative, it often played up the comparably trivial problems of his rich friends and family, creating the decidedly false impression that being wealthy isn't worth the imagined trade-offs. In reality, the problems portrayed as unique to affluent communities plague impoverished ones as well: broken homes, substance abuse, homophobia. Ryan had all of damsel in distress Marissa Cooper's problems. He just had other ones, too.

On Gossip Girl, the east coast analogue to the O.C., “Lonely Boy” Dan Humphrey served the same role as Ryan Atwood. He was our relatable narrator (literally) to the world of the rich, Upper East Side socialites, a world he was never fully a part of because he lacked their considerable privilege. The problem? Dan was hyper-privileged as well. The Humphrey siblings lived in a large Brooklyn loft with their former rocker father, and attended a New York City private school, among the most expensive in the nation. The show didn't even have the decency to send them there on scholarship. By creating the false impression of economic diversity, television can avoid dealing with the gritty realities of poverty, and foster misunderstandings of and a lack of empathy for actual members of the lower class.

In a sequence of episodes of the NBC drama "Parenthood," the show's main character, Adam, was struggling to meet the financial needs of his three children. He was unsure of how to pay his daughter's college tuition, along with the expenses of his son with special needs and his newborn daughter. Having just opened a new business with his brother, an answer to these woes presented itself in the guise of a prospective buyer, willing to pay them millions of dollars. When Adam wanted to consider the offer, his brother threw a hissy fit, and the season ended, of course, with a triumphant announcement that Adam would be turning the buyer down. “Of course,” because shows and movies often present a choice between a lucrative and a sentimental path, and then train us to view those who take the latter as morally superior. But often, risky endeavors are choices borne out of luxury and financial security. Most people can't afford to be sentimental. In the world of TV, however...

When we returned to "Parenthood" the next season, Adam's daughter was off at an expensive, Ivy League school, but Adam and his wife were still indulging in expensive vacations. No mention was made of what exactly about their financial situation changed. The ABC sitcom "Black-ish" engaged in similar missteps recently, when parents Dre and Bow realized they weren't nearly as financially secure as they thought. They resolved to be more shrewd and engage in more careful financial planning going forward, but the next several episodes saw them upgrading their lifestyle: buying a new car for their teenage daughter and hiring a full-time nanny. Part of this is simply the circular sitcom model: problems are introduced and addressed over the course of an episode. But a sophisticated sitcom like "Black-ish" that deals with race as an ever-present concern rather than a lone plot point ought to understand that financial constraints are similarly all-pervasive. The season finale re-raised the question of finances, raising hope that next season will see growth in this realm, rather than falling into an unfortunate pattern.

Money is an occasional concern, not a day-to-day one

Another show that often savvily dealt with issues of wealth and privilege, "Gilmore Girls," revealed similar misunderstandings about the extent to which money affects day-to-day choices. When Rory returned home from college, she berated her mother about hints that they were struggling financially: she occasionally bought groceries instead of ordering take out, they no longer subscribed to every magazine or cable channel. But a teen mother who struck out on her own and managed to build a comfortable life for her and her daughter as the manager of a local inn would have had to make similarly frugal decisions constantly. We were explicitly told a great deal about class differences on "Gilmore Girls," but Lorelai and Rory as characters simply didn't lead the daily lifestyle of the people they're meant to represent, painting yet another sanitized portrait of a financially constrained life.

"Gilmore Girls," however, was frequently strong in its accurate portrayal of a lower middle class family's inability to withstand financial catastrophes. Large, unanticipated expenses almost always had Lorelai turning to her parents for substantial loans. In one episode, however, she turns to her good friend Luke instead, asking for $30,000. It's unclear why or how Luke had that much money sitting around, but he handed it over casually, reluctant to even discuss repayment. "Girls," a show that was ostensibly about its main character Hannah getting fired and cut off from her parents, engaged in similar sleights of hand in its first season. Hannah's roommate paid her rent and bills, and was remarkably unconcerned about getting repaid even when they had a falling out. "Girlfriends Guide to Divorce," similarly, had a childhood friend drop in on its main character and invite herself and her daughter to live in her family home for an extended period of time. The implication is that vague social proximity to wealth serves as disaster aversion for those who lack familial support, which downplays the importance of a more reliable safety net.

The most unrealistic aspect of these friendships, however, was not one party's generosity, but the fact that they exist in the first place. Cross-gender and cross-race social relationships are more common than cross-class ones, both because people lack significant exposure to people who don't occupy their financial strata and because, for many of the reasons listed, large income disparities create practical tensions. It's no wonder that a realm dominated by those who grew up wealthy has trouble accurately portraying the lives of those who didn't. It's a problem that won't be resolved by greater thoughtfulness and empathy alone, but demands greater inclusion as well.