American crime: Maybe Omar Mateen used “radical Islam” as an excuse, but his heinous actions are all too familiar

Even if the Orlando shooter embraced the ideology of ISIS, the pattern of his atrocity is distinctively American 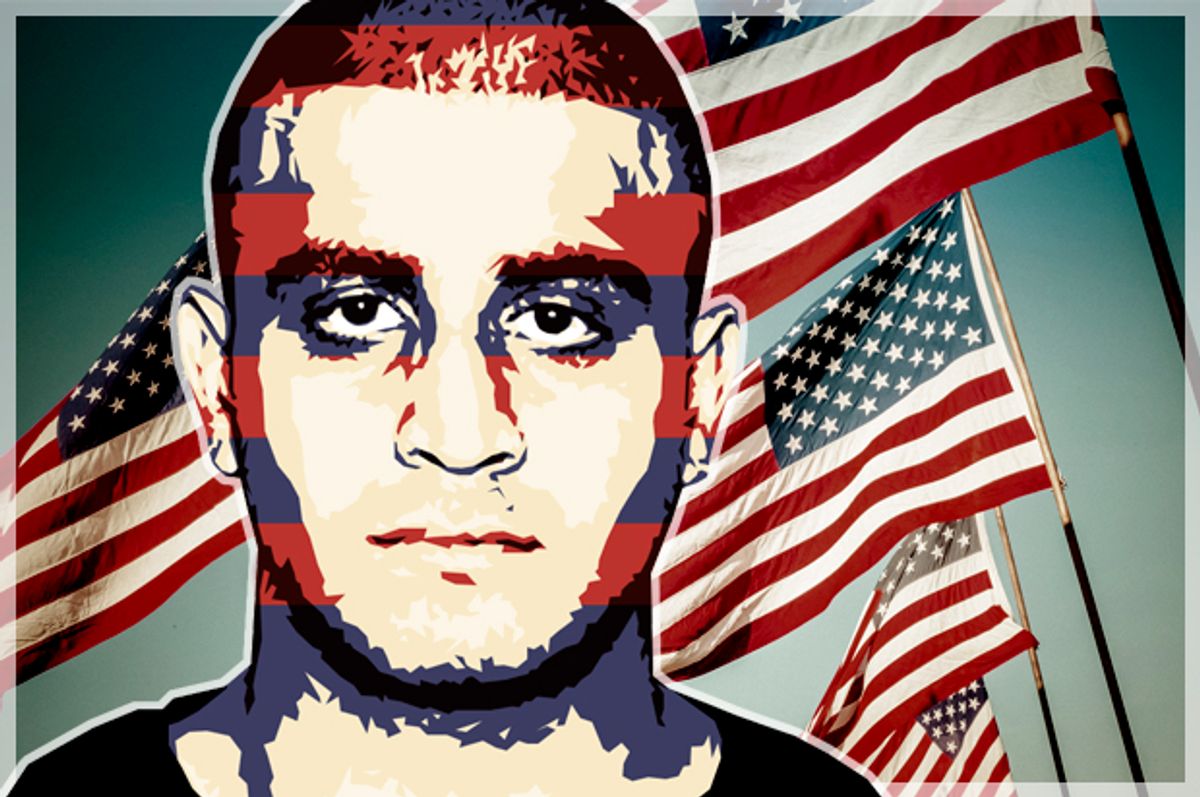 Don’t let the merchants of hate and the evangelists of fear fool you. What just happened in Orlando, casting a dark shadow of grief and suffering across a spectacular summer weekend, was an American crime. It was a perfect storm of bad things in an all-too-familiar combination: easy access to firearms, untreated mental illness and a private, toxic stew of bitterness and rage. It is far more similar to the incidents in Charleston and Sandy Hook and San Bernardino (yeah, I know; I’m throwing that in deliberately) and the dozens of other mass shootings in the United States in recent decades than to the organized attacks carried out by ISIS militants in Paris last year.

If Omar Mateen swore allegiance to ISIS amid his orgy of murder I suppose we have to take him at his word. That too becomes part of the dreadful framework for this crime, the worst of its kind in American history. I’m not saying that religion is an irrelevant factor in this case, or that Mateen’s religion can be held blameless. I’m certainly not claiming that Islam, in its craziest, most inbred and most “radical” forms — there’s your mantra, Republicans! Now please shut up and go away — does not fuel bigotry, hatred and violence. But what could be more American, going back to the Salem witch trials, than deranged religious fervor?

At this moment in our history, a crazy Muslim may be more likely to commit a spectacular violent crime than a crazy Christian. It’s a fine distinction, and one liable to be proven false at almost any moment, but I don’t think the left does itself any favors by ducking that issue. That only feeds the overt Islamophobia of Donald Trump, and the more nuanced, “liberal” Islamophobia of Bill Maher or Sam Harris. But if such a distinction exists it results from complicated historical factors — and the scale by which we measure whose religion is more violent is highly subjective, to put it mildly. “Islam is creepy and Muslims freak me out” might be an understandable reaction — if we were in a second-grade class in rural Tennessee. As the dominant opinion of a significant American minority, and the position of a major-party presidential nominee, it’s nothing short of terrifying.

It may not be possible for Donald Trump to do anything so repulsive that his supporters will turn against him. But Trump’s unconcealed Twitter glee at his perception that the Orlando killings justified his constricted and hateful worldview felt like new depths of vileness and inhumanity. On a Sunday morning when the entire nation was paralyzed with shock and grief, when dozens of bodies were being carried out of that nightclub on South Orange Avenue, when parents and lovers and spouses across Central Florida were waiting to learn whether a loved one who went out to party on Saturday night was ever coming home, the Republican Party’s standard-bearer-to-be could think of nothing better to say than “I told you so.”

I suppose Trump would deny feeling delighted that all those people had died to supply him with political ammunition, and might grudgingly admit to having expressed himself poorly. But as they say in writing class, Donald, “First thought, best thought.” An ugly truth was exposed in that utterance, which is that Donald Trump and his supporters don’t care about the lives of a bunch of predominantly gay, predominantly Latino young people in an Orlando nightclub, except as political ammunition. How much distance is there, really, between Those people died and that proves we have to crack down on the Muslims, and Those people died because they were perverts leading an outrageous lifestyle, a view evidently shared by ISIS and, if you believe Twitter outrage, the Republican lieutenant governor of Texas? Those are parallel streams of bigotry, which are not identical but intersect and overlap at various points.

Because panic and ignorance and paranoia are the order of the day in American politics, and because the second-grade mindset I described earlier defines much of our public and media discourse, many of the things we are saying and hearing about Orlando right now miss the point. I don’t care whether Barack Obama or Hillary Clinton or anybody else uses the words “radical Islam.” That’s not a magical incantation, and Democrats have committed a tactical error in allowing the right to invest it with so much power. But this is an American crime, and an American story. Anyone who tries to convince you that the massacre in Orlando was the work of a shadowy international cabal of “terrorists,” rather than the result of explosive forces within our own society, is not merely lying but surrendering to a worldview strikingly close to that of ISIS.

We don’t know for sure whether Mateen had any contact with self-styled Islamic radicals, either in the real world or online. He was born in New York, grew up in New Jersey and moved to Florida as a teenager. He reportedly visited Saudi Arabia twice, on pilgrimage to Mecca, and officials have yet to uncover any darker motive for those trips. Otherwise, it does not appear that he ever traveled to any location more exotic than Miami Beach, where he was apparently outraged to see men kissing on the street. There is no imaginable universe in which any of Donald Trump’s nonsensical policy proposals would have done anything to stop him, unless Trump is actually prepared to go all the way to interning all Muslims or revoking the 14th Amendment and deporting native-born American citizens to ancestral countries they have never visited. (None of which, in fairness, is entirely inconceivable.)

Mateen was investigated several times by the FBI for making grandiose and hateful comments, and they apparently concluded that he did not belong to any known militant organization and did not attend a mosque known for extremist rhetoric. He basically sounds like a blowhard bigot who talked too much, which is not a criminal offense — a fact for which Trump should be grateful. Other than being the child of recent immigrants who belonged to a minority religion, which at this point in our century is not rare or exceptional, everything we know about Omar Mateen so far fits the classic profile of the disturbed American loner who commits an unprovoked act of large-scale violence.

Mateen’s father and ex-wife have said they don’t remember him as especially devout — but they do remember him as having a violent temper and an irrational hatred for gay people. A co-worker remembers him as using the N-word, while expressing a wish to kill as many African-Americans as possible. One could build a dime-store psychological profile built on that fragmentary evidence, but it wouldn’t have much to do with religion in general or Islam in particular. Maybe we will find out that Mateen was strongly motivated by the poisonous ideology of ISIS, and maybe we will find out that it was just an excuse, a convenient container for his deteriorating mental state and his unreasoning hatred of people he found threatening.

Whatever we discover about this person, who evidently lived in such unbearable pain and darkness that he decided to inflict his trauma on the bodies of strangers enjoying a Saturday night of love and celebration, and on the collective consciousness of our nation, I suspect “radical Islam” will be a marginal issue at best. Those who try to push that topic front and center because it paralyzes the public mind and trumps all other concerns (ha ha), and who seek to ignore all the other blindingly obvious reasons why these kinds of atrocities keep happening are steering us down the path of greater evil, not less. Whatever else he may have been, Omar Mateen was a 21st-century American, who committed the ultimate American crime.