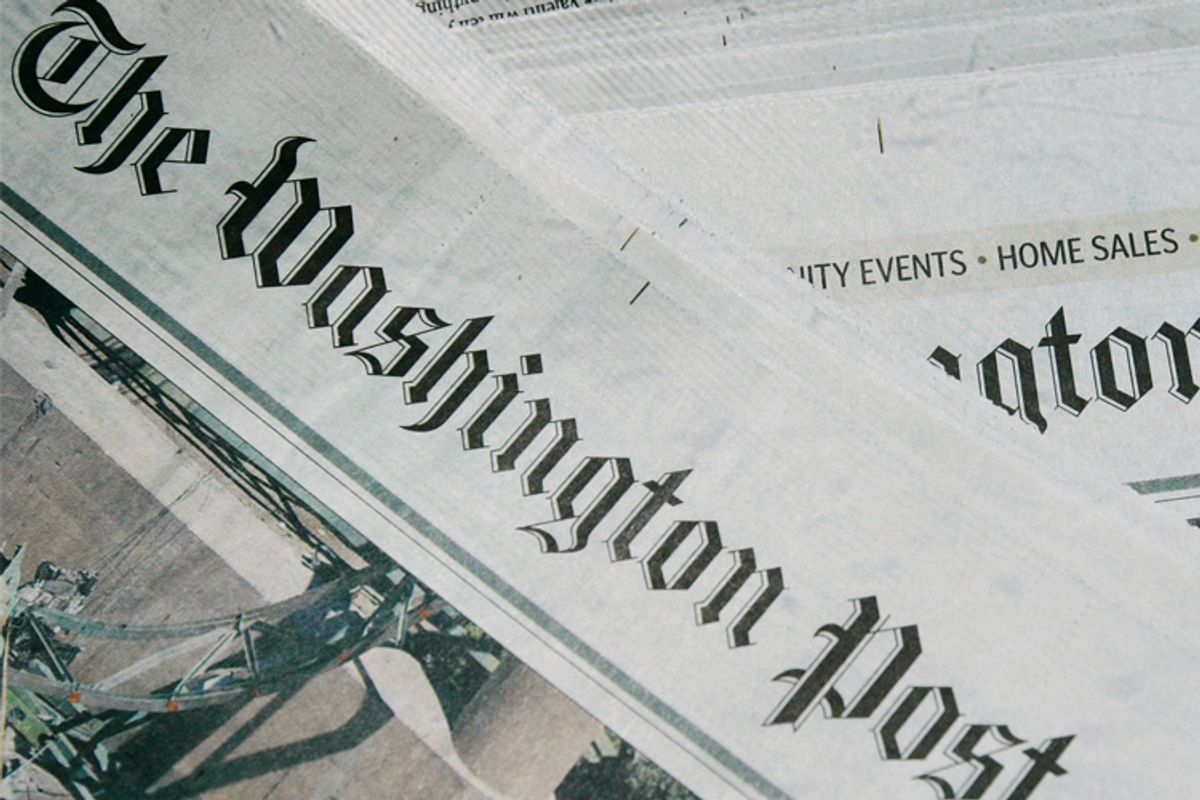 Donald Trump just announced that he plans to revoke the press credentials for the Washington Post, adding the newspaper to the growing list of press outlets that have been banned from directly covering the presumptive Republican presidential nominee.

“He doesn’t get it or he gets it better than anybody understands,” Trump told Fox News, implying that the president of the United States secretly sympathizes with terrorists.

When asked directly what he meant by his provocative suggestions about President Obama's involvement with the worst terror attack on U.S. soil since Septemeber 11, 2011, Trump refused the opportunity to distance himself from his nasty Birtherism.

“Well, you know, I’ll let people figure that out for themselves,” Trump said on the Howie Carr Show, according to Buzzfeed. “Cause to be honest with you there certainly doesn’t seem to be a lot anger or passion when he – when we want to demand retribution for what happened over the weekend.”

Trump's comments linking President Obama to the Orlando shooter were widely reported and roundly criticized, but it was the coverage from the Post that apparently bothered the notoriously thin-skinned candidate the most.

Late Monday afternoon, Trump announced he was adding the Post to the list of media outlets banned from his campaign that includes, Politico, Huffington Post, the Daily Beast and Buzzfeed:


"The Washington Post is being used by the owners of Amazon as their political lobbyists so that they don't have to pay taxes and don't get sued for monopolistic tendencies that have led to to the destruction of department stores and the retail industry," Trump claimed in a statement, accusing the national paper of putting its "need for 'clicks' above journalistic integrity."

In a statement, Washington Post executive editor Marty Baron said Trump's decision was "nothing less than a repudiation of the role of the free and independent press."