Obama on the phrase "radical Islam": "Calling a threat by a different name does not make it go away." 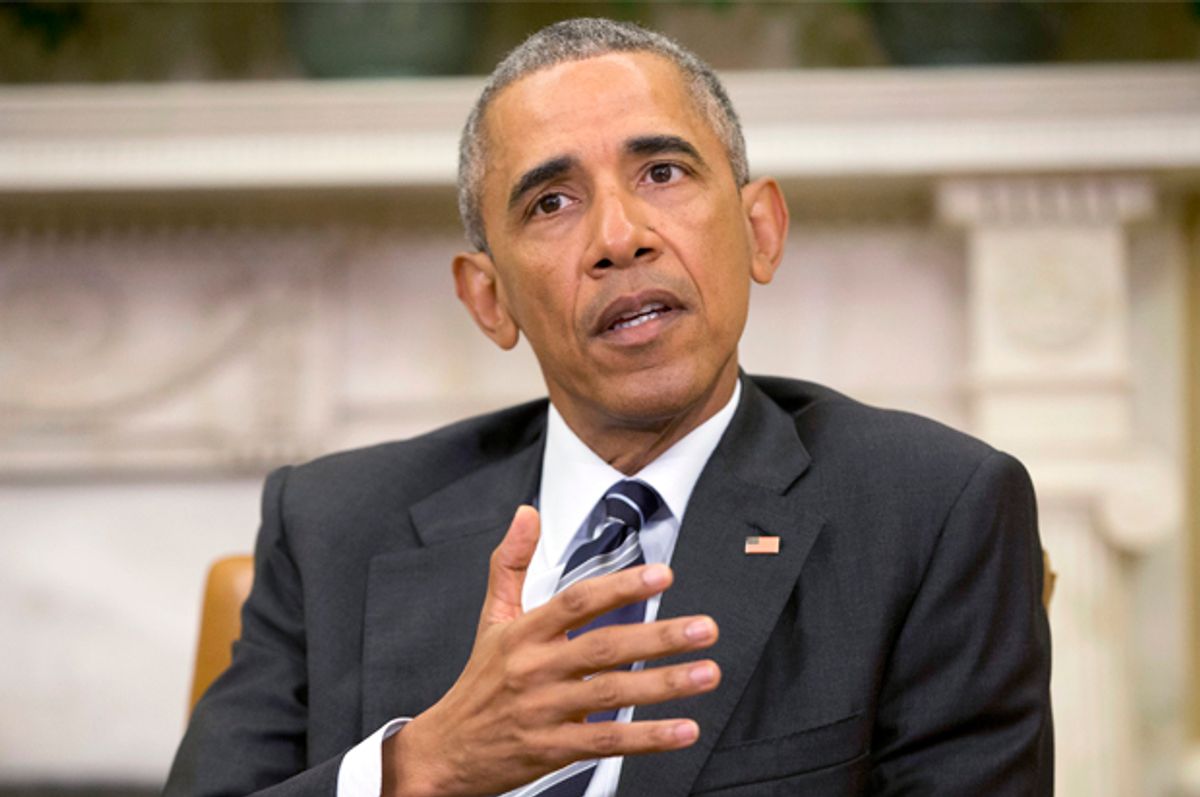 Barack Obama speaks to members of the media at the White House, June 13, 2016. (AP/Pablo Martinez Monsivais)
--

President Barack Obama delivered an impassioned speech Tuesday afternoon addressing the Orlando mass shooting, during which he expressed his commitment to defeating the Islamic State and pushed back against criticism from Republicans for not using the term "radical Islam."

Obama began his speech with an update on the Orlando investigation and a message of solidarity to members of the LGBT community. "I want to remind them that they are not alone," Obama said. "The American people and our allies and friends all over the world stand with you and are thinking about you and are praying for you."

"We currently do not have any information to suggest that a foreign terrorist group directed the attack in Orlando," Obama said, after meeting with the National Security Council earlier Tuesday. "It is increasingly clear, however, that the killer took in extremist information and propaganda over the internet."

"Our mission is to destroy ISIL," Obama continued. "These are not religious warriors. They are thugs and they are thieves."

Obama forcefully dismissed Donald Trump's recent criticism of him for not using the words "radical Islam" to describe terrorist attacks as "a political distraction."

"What exactly would using this label accomplish?" Obama asked. "Calling a threat by a different name does not make it go away."

Obama continued: "There has not been a moment in my seven-and-a-half years as president where we have not been able to pursue a strategy because we didn't use the label 'radical Islam.' Not once has an adviser of mine said, 'Man, if we really use that phrase, we're gonna turn this thing around.'"

Obama singled out Trump's proposed ban on Muslims from entering the United States for criticism. "Do Republican officials actually agree with this?" Obama asked. "Because that's not the America we want."

The president also addressed gun control in the wake of the Orlando tragedy, saying, "We have to make it harder for people who want to kill Americans to get their hands on weapons. Enough talking about being tough on terrorism. Actually be tough on terrorism"

Obama called for enforcement of existing gun laws and expressed his support for legislation barring individuals on the no fly list from purchasing firearms. "People with possible ties to terrorism who aren't allowed on a plane shouldn't be allowed to buy a gun," he said.