"Muslims are a part of the LGBT community, not distinct from it": Watch Dan Savage forcefully push back against Trump's divisive response to Orlando attack 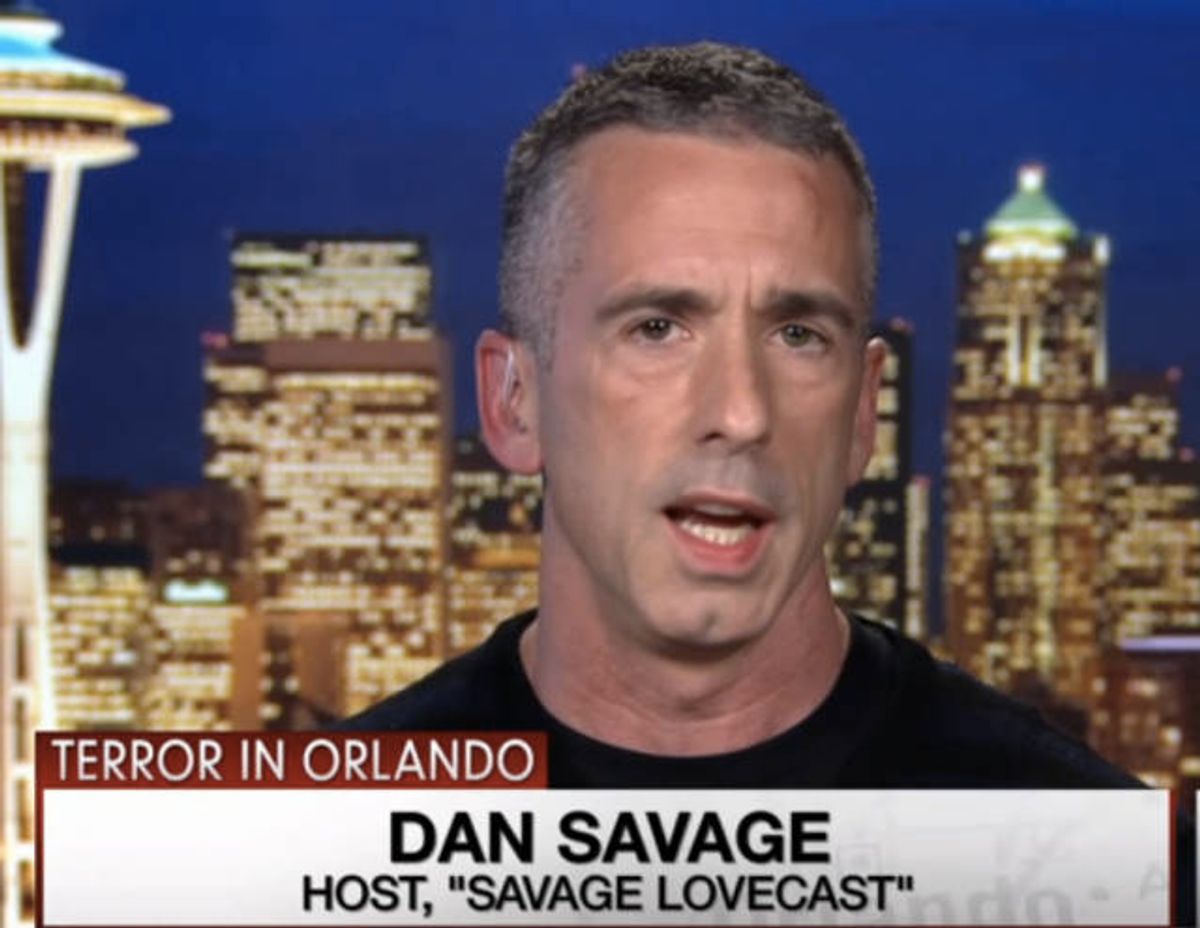 Some media outlets, perhaps desperate to salvage a decent report from what was one of the most dishonest and disgusting political speeches delivered by a modern major political party presidential nominee (presumptive or otherwise), unduly highlighted Donald Trump's belligerent response to the massacre at a gay Orlando nightclub as a unique and serious overture to the LGBTQ community by the presumptive Republican presidential candidate.

CNN’s Dana Bash noted that Trump sounded markedly more liberal than other prominent Republicans in his direct acknowledgement that the attack on Pulse nightclub was an attack on the LGBT community specifically while she analyzed Trump's speech, in which he misidentified the birthplace of the U.S.-born gunman, reiterated his support for a temporary ban on Muslims entering the U.S. and continued his attacks on President Obama for refusing to use the term "Radical Islam" while describing the attack, on Monday.

Reporting on Trump's first campaign rally since his much maligned post-Orlando speech, the New York Times described Trump this way:

In the past, Mr. Trump has been more accepting of sexual minorities than his party’s leaders have been, but his particular emphasis on gay and lesbian communities and calls to embrace them, even shrouded in caustic comments toward Middle Eastern immigrants, was notable in North Carolina, which is the epicenter of the debate over transgender bathrooms.(It should be noted that Mr. Trump still opposes same-sex marriage.)

But some media outlets are doing more than simply including a parenthetical aside on Trump's continued anti-LGBT stances while overstating his superficial overtures to the community.

"We're not going to fall for it," LGBTQ activist and pundit Dan Savage told MSNBC's Chris Hayes on Tuesday. "Donald Trump attempting to pit the queer community against the Muslim community is not going to fly."

Explaining the seemingly simple, yet somehow still confounding for some, concept of intersectionality, Savage explained that "you can't draw a clean line between the LGBT community and the Muslim community because there are LGBT Muslims in the United States and all over the world."

"Muslims are a part of the LGBT community," Savages told Hayes, "not distinct from it."