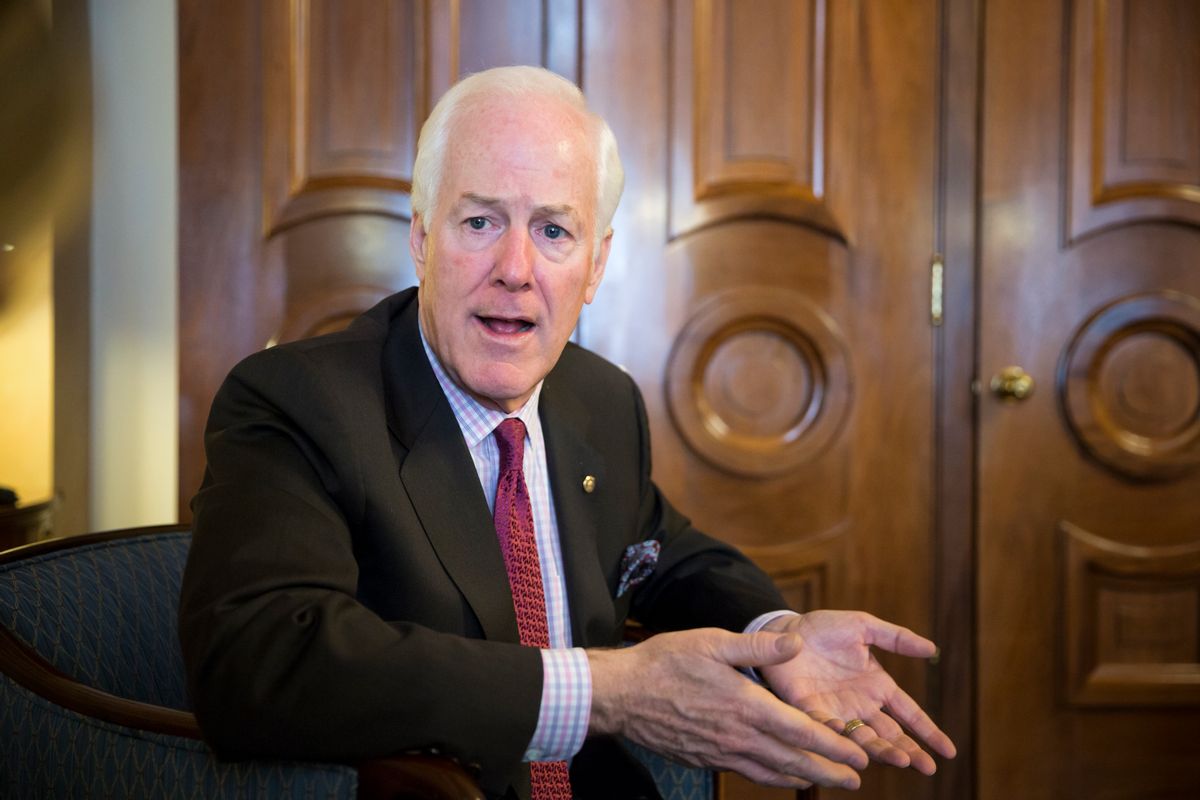 As congressional Democrats push for stronger gun control measures in the wake of last weekend's mass shooting in Orlando, some Republican lawmakers are using the attack as a pretext to call for an expansion of the FBI's warrantless surveillance powers.

On Monday, Texas Sen. John Cornyn renewed his call to increase scope of electronic intelligence available for use in FBI investigations without judicial oversight, Bloomberg Politics reports. Cornyn, who serves as Majority Whip, said that the Senate could vote on the issue as soon as this week and implied that such expanded capabilities could have enabled the FBI to prevent Orlando shooter Omar Mateen from killing at least 49 people at a gay nightclub early Sunday morning.

"Those sort of additional surveillance tools could have provided the FBI more information, which would have allowed them to identify this guy as the threat that he obviously was," Cornyn said.

He explained, "They could go and get additional information, like metadata, who he’s e-mailing, the websites he’s accessing. Not content."

Despite Cornyn's pronouncement, it's not clear that expanded FBI surveillance powers would have stopped the Orlando attack. FBI Director James Comey told reporters on Monday that the Bureau had investigated Mateen in two separate probes in the years preceding the shooting.

Comey said that while the FBI is still in the process of examining its performance, it did not appear that missteps during the investigation allowed the attack to occur. “Based on what I see so far, it looks like this was done well,” he said.

During the investigation, Comey explained, the FBI used informants to contact Mateen, recorded his conversations, and reviewed "transactional records from his communications." Comey did not expand on the nature of the "transactional records" the FBI collected from Mateen, but in the past the FBI has used the broad term to encompass "browsing history, email header information, records of online purchases, IP addresses of contacts, and more" — many of the same data types Cornyn referred to in his call for expanded surveillance.

Comey gave no indication that increased intelligence capabilities might have produced a different result in the Orlando case, as Cornyn implied. And as Marcy Wheeler points out at Emptywheel, Comey's account suggests that the FBI had access to the very information Cornyn claimed could have stopped the attack, and that investigators obtained such data while operating within the bounds of the existing legal structure that Cornyn would like to change.

John Cornyn wants to give FBI the authority to obtain what they obtained (presumably via a subpoena), promising that obtaining the same records via a parallel authority somehow would have tipped the FBI that he was a threat when the very same [electronic communication transactional records] didn’t do so obtained via subpoena.

Based on the facts currently available, it doesn't appear that John Cornyn's proposal would have had any tangible impact on the Orlando shooting. It seems as though Cornyn, a former judge and prosecutor, either didn't listen to the FBI's own account of the investigation into Mateen or he's engaging in a rather transparent effort to remove judicial safeguards designed to protect citizens' privacy and prevent overreach on the part of the FBI.