Trump proxy Roger Stone: "It's entirely possible" there's a fifth column in the media and Clinton's aides are Saudi spies 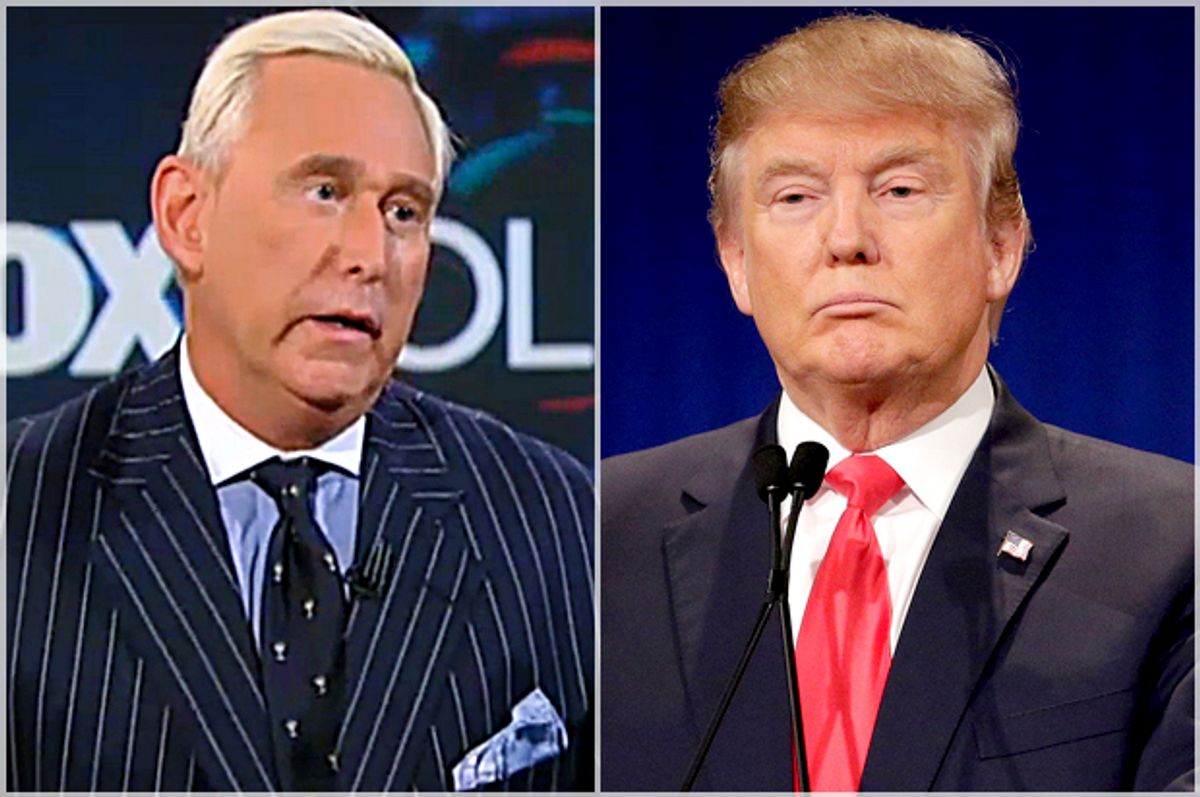 Donald Trump's old friend Roger Stone -- who has previously claimed that Clintons were involved in the JFK assassination and openly threatened GOP delegates who thought about defecting from Trump -- appeared on Breitbart News Daily on Wednesday to peddle a new conspiracy, one which also involved the Clintons and their allies.

Stone was asked by host Stephen Bannon whether he thinks "there's a fifth column here in the United States, both in the media and the in the government, bought and paid for by our enemies?"

He replied that "it's entirely possible," which is technically true -- it is possible that a fifth column "bought and paid for by our enemies" exists in the United States, it's simply not plausible. Unless you're Roger Stone, in which case, you say that "the Saudis certainly have been well-known for spreading money around -- they are the quintessential influence peddlers, they understand how Washington works."

Stone also hinted that one member of that column has the ear of the Democratic presidential candidate, Hillary Clinton. "Most of the experts I've spoken to," he said, "looking at the various facts regarding [Clinton aide] Huma [Abedin] and her rise, where she came from, her family background, her various connections, conclude that she is most likely a Saudi spy, which is my own conclusion."

Listen to the entire conversation below via Media Matters.