Bill O'Reilly mocks South Carolina congressman for pushing gun control ahead of Charleston anniversary: "I just want to slap him"

Rep. Jim Clyburn inquired about a stalled bill after a moment of silence for the victims of the Orlando shooting 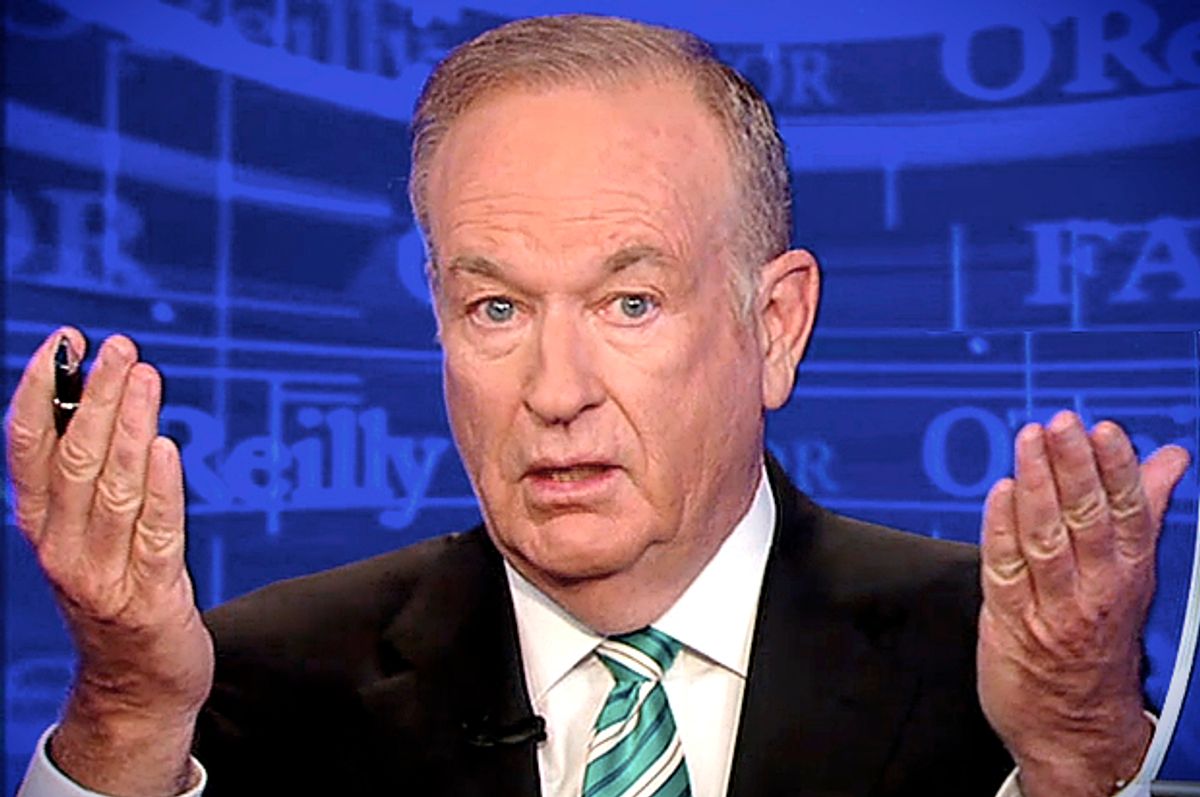 Tomorrow marks the one year anniversary of the shooting massacre at Emanuel African Methodist Episcopal Church in Charleston where a young white man opened fire on a Bible study group and killed nine black churchgoers. On Thursday, Fox News' Bill O'Reilly mocked the South Carolina congressman who dared to push the House of Representatives on stalled gun control legislation ahead of the somber anniversary on Friday.

"What is it Congressman Clyburn, is that his name?" O'Reilly asked the co-hosts of "Fox & Friends" after being introduced as the "King of Cable" on Thursday, before launching into a mocking impersonation of the House Minority Whip, Rep. Jim Clyburn.

"It's not about terrorism, it is about gun control," O'Reilly says in a bizarre voice, apparently meant to mock Clyburn, the highest ranking African-American in the House.

"It just angers me," O'Reilly said in his regular voice. "There's two separate issues: There's the terrorism, and there's the gun control."

On Monday, after House Speaker Paul Ryan led some (not all) members of the House in a moment of silence one day after the worst mass shooting in recent U.S. history, Rep. Clyburn took to the floor to inquire about stalled legislation aimed at preventing people like the Charleston shooter from legally purchasing a gun ahead of this week's anniversary.

“I am really concerned that we have just today had a moment of silence and later this week the 17th…,” Clyburn began to say. But before Clyburn could finish, Ryan ruled his question out of order and directed the House to move to the next vote, only to be interrupted by shouts of protest from Democrats in the chamber.

After a successful 15 hour filibuster, Senate Democrats successfully corralled Senate Republicans into allowing debate on a gun control measures that enjoy near unanimous support from the American people but have been blocked since the shooting massacre at Sandy Hook Elementary School.

All of the focus on gun control, even from one of his own Fox News colleagues, appears to have angered O'Reilly, despite having himself called for the curbing of "high-powered weaponry" earlier this week.

"I just want to slap him," O'Reilly said, in reference to Clyburn's call for gun control in the wake of Orlando and ahead of the one year anniversary of Charleston, adding, "with all due respect."

"Do the ISIS people have to come to your backyard, do they have to put you in the cage? Because they will," O'Reilly said, referring to the Islamic State in Iraq and Syria.

"When you start to tell Americans lies, that there isn't a terror threat, that it's all about gun control, only if we banned all guns we'd be safe from ISIS. When you start to lie at that level and it's acceptable lies then we're in trouble as a country."