If Zeppelin did steal "Stairway": "It would be like finding out the Beatles didn’t write 'Sgt. Pepper'”

Salon speaks to music journalist Ira Robbins about the roots, and possible impact, of the Zeppelin case 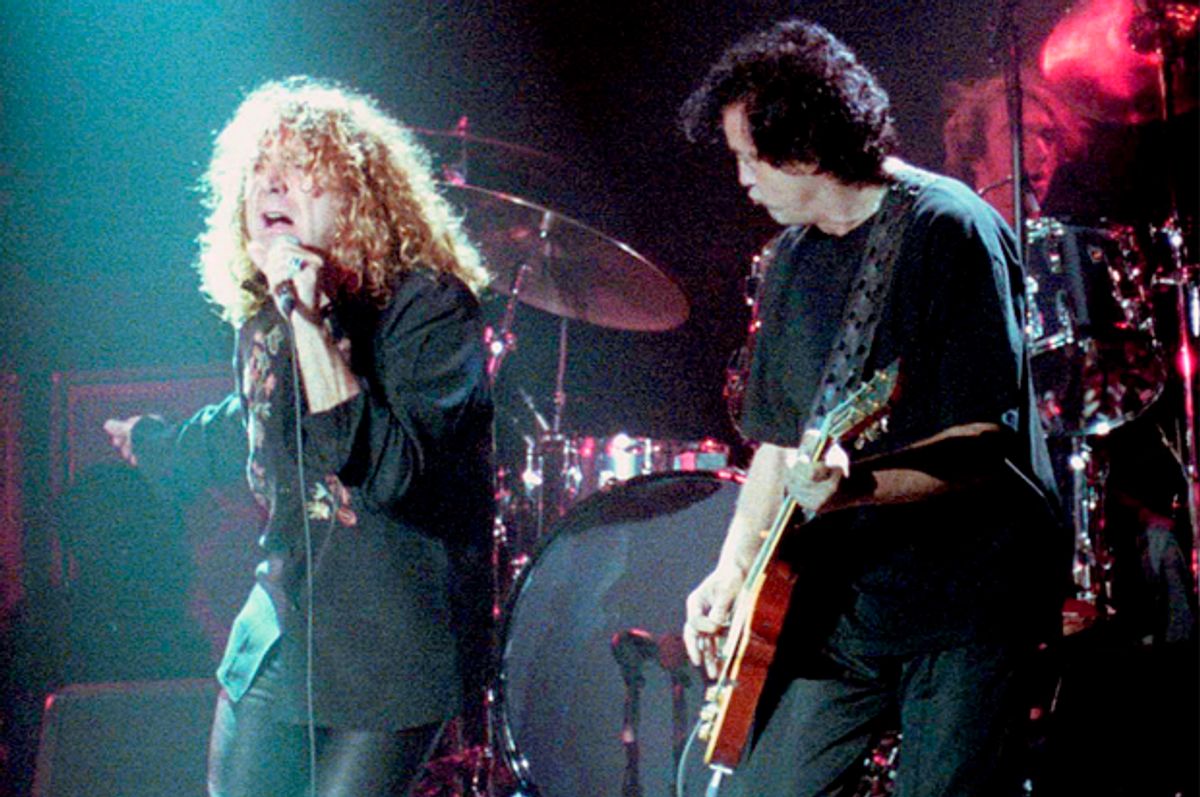 Is Led Zeppelin’s “Stairway to Heaven” plagiarized from an obscure instrumental by the band Spirit? A court in Los Angeles is trying to work that out this week, with testimony by Zeppelin guitarist Jimmy Page as well as Spirit's Jay Ferguson and Mark Andes. The trial will turn on legal definitions and precedents, which include cases involving songs by George Harrison and Robin Thicke. But the trial impact will be in the world of music, and it could be substantial.

To put the trial in context, Salon tracked down veteran music journalist Ira Robbins, who ran the Trouser Press magazine and its books on alternative rock ‘n’ roll. We spoke to Robbins from his office in New York; the interview has been lightly edited for clarity.

So what was most interesting about the second day of the case?

Two members of Spirit has testified, and [Jimmy] Page testified. The case seems to be leaning on a circumstantial connection, proving Page’s familiarity with Spirit and their music. Apparently there were a couple times Zeppelin played a medley that included "Fresh Garbage," which is a Spirit song. What they’re trying to do, from what I can tell, is create an environment in which you come to think that Zeppelin was pretty familiar with Spirit’s music, and if there’s an audible similarity that there’s a reasonable belief that that could have been the source.

They’re also asking Page about the nights when Zeppelin played on the same bill as Spirit, and whether Page owned any Spirit albums.

After 40 years, that seems like a very hard case to make… Page apparently said he didn’t remember playing the album “Taurus” was on. It hardly seems like there was a smoking gun there, you know?

Let’s go back to the history of this sort of thing. The most famous early trial was about the George Harrison song “My Sweet Lord.” How did that work out, and what kind of impact did it have?

Harrison was eventually found guilty of plagiarizing “He’s So Fine” by the Chiffons; I think the words they used was “unconsciously plagiarized” or “subconsciously plagiarized.” If I were Harrison, I would be more upset at that adverb than I would at the monetary cost to him, which was apparently quite substantial. You’re talking about somebody who’s a veteran musician, who’s learned and played thousands of songs – saying that when he sat down and wrote a song, that when he sat down to write a song, he heard something that sounded good and didn’t sound familiar. They didn’t even say he set out to steal that song. Certainly there have been plenty of cases of that – a lot of people have been dinged for clearly rewriting somebody else’s song. I think the Beach Boys got done for at least one Chuck Berry song [“Surfin’ U.S.A.” and “Sweet Little Sixteen”], and there was a hubbub last year for Sam Smith and Tom Petty [over “Stay With Me” and “I Won’t Back Down.”]

I think the idea there is you’re asking an awful lot of musicians to clear their heads of everything they know when they write a song. The tradition in rock music, and in blues and a number of other forms, is that it’s okay to take bits and pieces from here and there, and to cite things. There seems to be an enormous double standard here. There are a lot of songs where, say, the bass riff of “Day Tripper” is used, kind of a nod of appreciation. On the other hand, Hootie and the Blowfish quoted like seven words from a Bob Dylan song, and they had to pay for it, and Dylan got a co-writing credit. So it does sort of meander all over the highway, as far as what you can do, what you can’t do, when it’s okay and not okay. Obviously there are precedents, but I don’t see any clear-cut morality that speaks to the creative issues here.

Does it seem an improvement that after all this inconsistency, we’re seeing more cases that may eventually codify the issue more strictly?

I guess it would be if it gave artists a sense of what was okay and what was not okay. It’s like the copyright rule when it comes down to fair use. You and I, when we sit down to quote something in an article, have a pretty good idea of what’s acceptable. And we know we can’t take a paragraph from a book and put it in your book without quoting it. You can say, “This comes from so-and-so’s book from 1927, which says this.”… Songs don’t have that luxury of being formal that way. You can say so-and-so co-wrote that song; that’s what a lot of sampling credit is about. You arrange it in advance and you make a deal.

It’s not gonna help anyone who’s ever written a song that the rules have now been codified and they’re suddenly guilty. That’s gonna bring calumny down on thousands of songwriters who don’t deserve it.

There was a lot of apprehension after the “Blurred Lines” verdict – that it was going to chill musicians writing songs that might have a resemblance to anything that came before. And this case wasn’t about a chord progression or the melody, but the “feel” of the song. Did that seem like a dangerous precedent to you?

I don’t know that it’s had an impact: What goes on in the heads of songwriters around the world is entirely up to them. It certainly seemed at the time to be incredibly justified – a dead great artist [Marvin Gaye], who had no ability to defend himself, had been largely hijacked for the benefit of a pop single that made no acknowledgment of his role. One was clearly inspired by the other. But the law has its own mindset… I would have slapped Robin Thicke, but I’m not sure I would have taken $7 million from him.

Does it seem like the “Stairway” case will have a broad impact on popular music?

Well, they’ve been in court before…. I wonder if the plaintiff’s attorney will list the way Led Zeppelin has been accused of stealing songs over the years.

And the judge has said that is not admissible as evidence.

That’s really interesting. I think a salient issue is Zeppelin finding things they like and putting their songwriting credit to it.

Seems relevant to me!

One of my objections to Led Zeppelin, over the years, is their high-handed belief that if they want something, it’s theirs. Which goes along with their once-upon a time legendary bad behavior. The kind of people who might smash a hotel room are also the kinds of people who might say, “We want that song.”

I think the biggest issue with this is the song itself – the most-played classic-rock song of all time. It would be like finding out the Beatles didn’t write “Sgt. Pepper”… So what happens to this case is going to have a huge a huge impact because it’s “Stairway to Heaven."

So what kind of echo effect will it have? Do you imagine lots of trials being spawned? What will its influence on music be?

I imagine there will be lots of ambulance chasers as a result. I’d think if Led Zeppelin could lose a case over “Stairway to Heaven,” then a lot of people who thought that that song by Van Halen sounded a lot like what they were playing at a bar in Tarzana in 1979… It doesn’t matter legally speaking if it’s true enough. If you can raise a case, there will be lawyers out there ready to work on spec, who may be able to make it stick.

I suspect you will see a lot of people rushing to try their luck at the same thing.