President Obama keeps focus on guns in Orlando: "Why is it they think our liberty requires these repeated tragedies"

"They pleaded that we do more to stop the carnage," Obama said after meeting with the victims' families 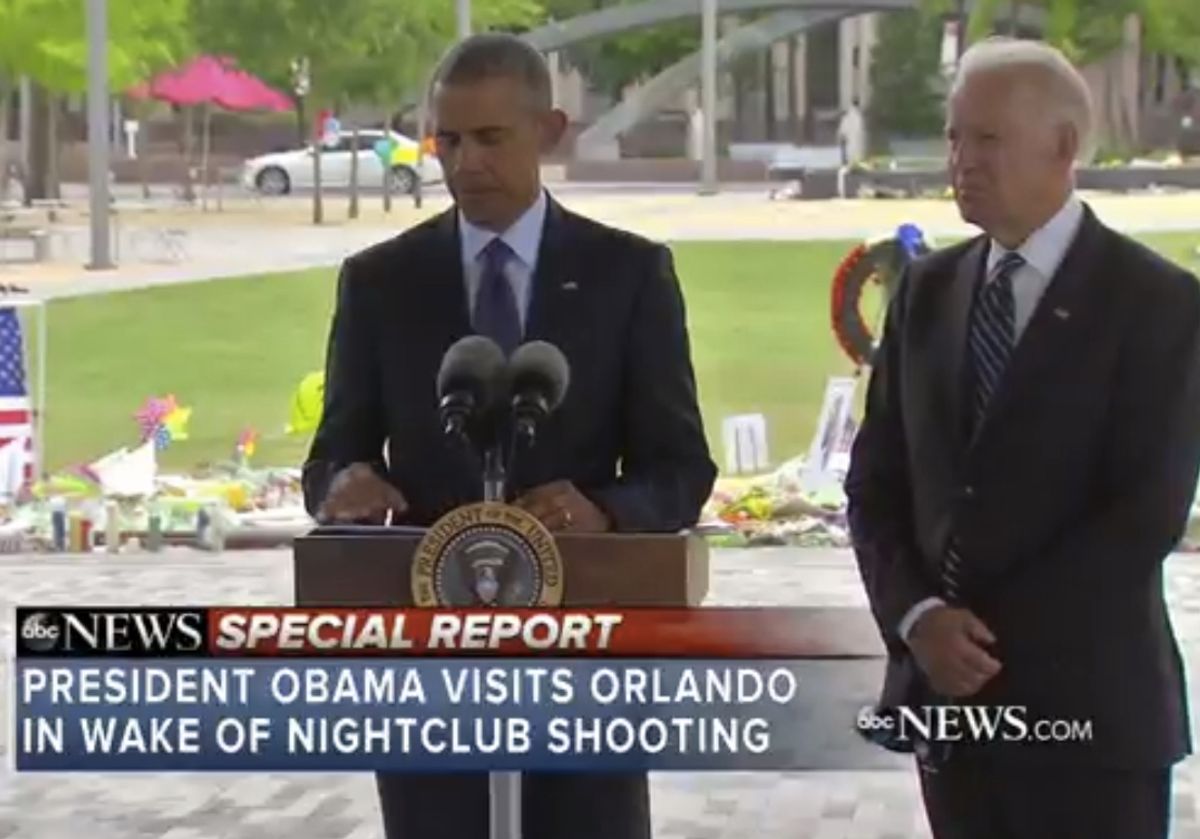 At a makeshift memorial in honor of the 49 victims of the worst shooting in modern U.S. history, President Obama relayed a simple message from the surviving families after meeting with them and first responders on Thursday.

"They pleaded that we do more to stop the carnage," Obama told reporters in Orlando, flanked by Vice President Joe Biden at his side.

"We can't wipe away hatred and evil from every heart in this world. But we can stop some tragedies," he argued "We can save some lives."

"This debate needs to change," Obama said of the federal inaction on gun control during his terms in office. "It’s outgrown the old political stalemates. The notion that the answer to this tragedy would be to make sure that more people in a nightclub are similarly armed to the killer defies commonsense." Pulse nightclub had an armed guard when 29-year-old Omar Mateen opened fire early Sunday morning.

"Those who defend the easy accessibility of assault weapons should meet these families and explain why that makes sense," the president demanded.

"I truly hope that senators rise to the moment and do the right thing," Obama said.

"We're all going to have to work together, at every level of government, across political lines, to do more to stop killers who want to terrorize us," Obama said.

Conservatives, furious with the president's persistent focus on gun violence as he visits with the families of victims of a mass shooting for the 14th time, lashed out on Twitter: