Trent Reznor is angry, and he's not alone: Can musicians win against YouTube and "free, stolen content?" 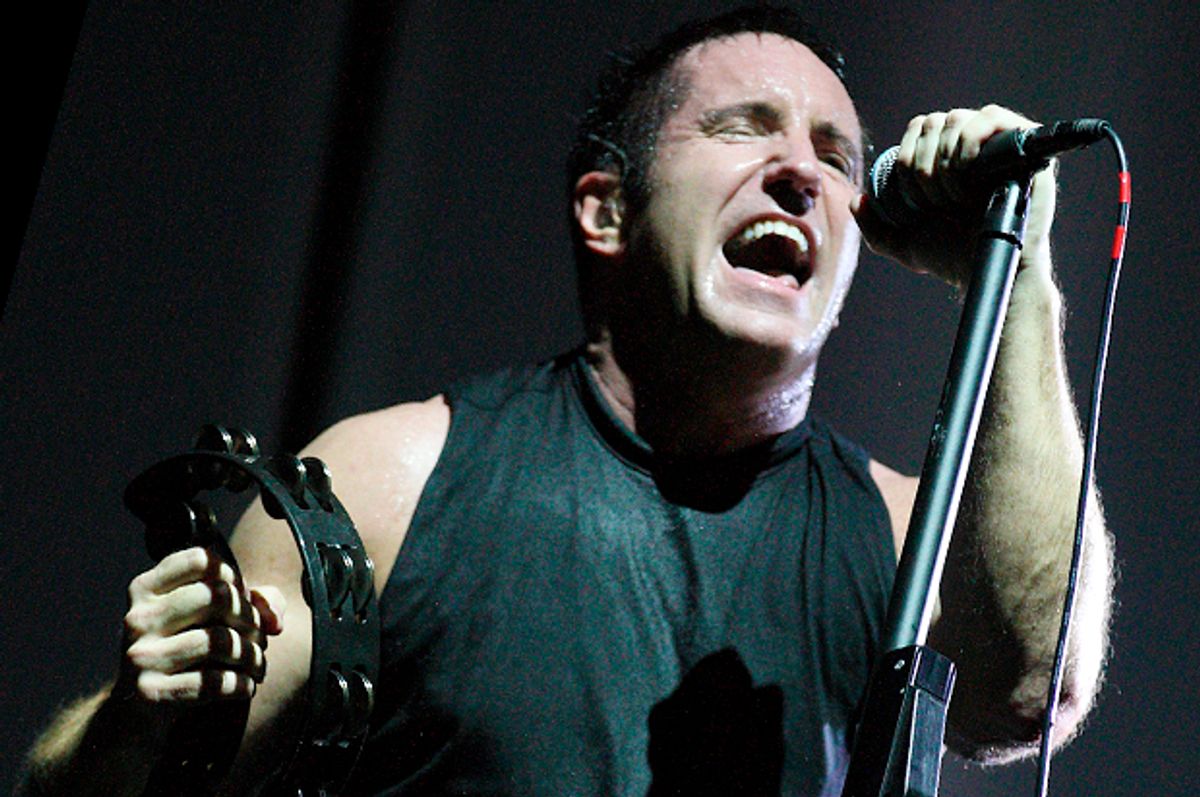 What would we do without YouTube? If you’re a music fan looking for an old video, a film enthusiast eager to find a clip of an old movie, or a gamer looking for a review of a video game, it’s convenient. If you’re an emerging musician hoping to attract fans for your music, it can be crucial.

But the chorus of frustration with YouTube – which has included cellist Zoe Keating, David Byrne, Katy Perry, Arcade Fire, and will.i.am -- has grown this week, adding Trent Reznor of Nine Inch Nails and Patrick Carney of the Black Keys to the voice of opposition.

Reznor spoke about some of his frustration at an Apple conference in San Francisco. “Personally, I find YouTube’s business to be very disingenuous,” he told Billboard. “It is built on the backs of free, stolen content and that’s how they got that big. I think any free-tiered service is not fair. It’s making their numbers and getting them a big IPO and it is built on the back of my work and that of my peers… I’ve dedicated my whole life to this craft, which, for a variety of reasons, is one that people feel we don’t need to pay for anymore.”

Reznor -- chief creative officer for Apple Music – is not exactly disinterested when he argues that Apple’s paid-streaming subscription is a better model for artists. That’s becoming a kind of consensus among musicians, tech critics, and the labels (who own big chunks of the streaming services.)

Carney’s criticism is more scattershot, beginning with this:

Carney doesn’t seem to have any solution in mind – he’s just pissed.

The larger problem is that as fun and convenient as YouTube is, the fact that the music is free skews the whole game. It’s not unlike the trouble newspapers have had with the spread of news online. Just as crucially, most musicians can’t take their music off YouTube (or the streamers): Their contracts typically don’t allow it. (Prince, who had famously fought with his label, was unusual in being able to disappear from most online music outlets.)

Could things change? The last two decades have seen very little good news for musicians who are not enormous acts (Beyoncé, Drake) or self-made stars who love using the Internet to connect to fans (Amanda Palmer.) Many listeners who came of age after Napster, the eruption of online piracy, and the opening of YouTube’s bounty find it strange to even think about paying for music when so much of it is free. But frustration over the false promise of free may be leading to a shift in the industry that leads to musicians getting paid. As Pitchfork reports:

For all the debates about the paucity of payouts to music makers, with ad-supported streaming—unlike with piracy—at least those payouts exist. But now, the industry may be rewriting its compact with free streamers. Streaming services appear to be approaching a point of rebalancing as they try to maximize advertising revenues from the many who don't pony up for monthly subscriptions while at the same time finding new reasons for potential customers to pull out their credit cards.

Glimmers of what this realignment could mean for artists and listeners are already becoming evident. People who make music may eventually start to see their payouts from free streaming rise as services spread and advertisers follow—though it’s hard to see how those amounts will ever compare with the sales of old. People who listen to music, meanwhile, may want to get used to not being able to hear every major new release (legally) without paying for the privilege.

It’s hard to foresee how this will affect YouTube. With one billion users, many of them very young, YouTube has by far the biggest impact on the field. Robert Kyncl, YouTube’s chief business officer, said recently that despite its paid tier, the site will not give up its free content. Expect the chorus to get louder – possibly provoking new legislation or a lawsuit.