WATCH: John Kasich attacks Joe Scarborough for creating Trump: The media has "let us down" because "you couldn't get enough of it"

The Ohio governor criticized the media for being cynically complicit, and Scarborough took offense 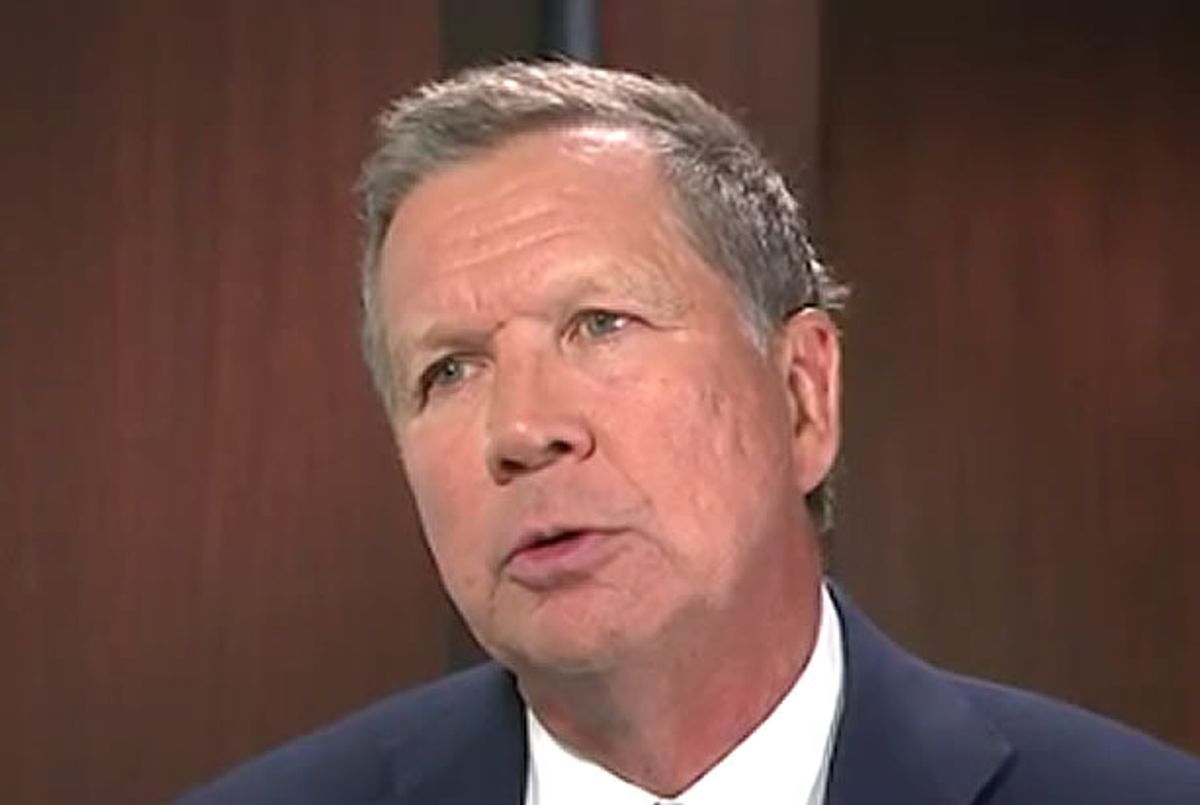 In a testy interview with MSNBC's Joe Scarborough, former GOP presidential nominee and current Ohio Governor John Kasich accused the media of being cynically complicit in the rise of Donald Trump.

"One famous network executive said, 'You know, Trump may not be good for the country, but he's good for our ratings -- we make more money,'" Kasich recounted. "I think the elites have let us down in a lot of places, [but] two billion dollars worth of free press [to Donald Trump]? You couldn't get enough of it."

Scarborough, clearly offended, shot back by asking whether there was ever a time in which the governor wanted to appear on Morning Joe but was rebuffed.

But Scarborough did think Kasich was talking about him, and continued to defend himself. "The thing about Trump is, he'd just pick up the phone and call" the show.

"Look," Kasich replied, "it was all ratings -- really, who's kidding who? I'd call in, you'd get no ratings. He calls in, you get good ratings."

"Come on, Joe, now you're not leveling with me," Kasich replied. Later in the interview, Scarborough directly asked whether he could live with his vow to support, unconditionally, the Republican nominee.

"It's painful," he said, "it's painful -- you know, people get divorces. Sometimes, things come out that, look, I'm sorry that this happened, but we'll see where it ends up. I'm not making any final decision yet, but at this point, I just can't [support Trump]."

Watch a preview of the entire interview below via Morning Joe.