"How to Make White People Laugh": Comedian and author Negin Farsad on fighting Islamophobia, one "bacon test" at a time 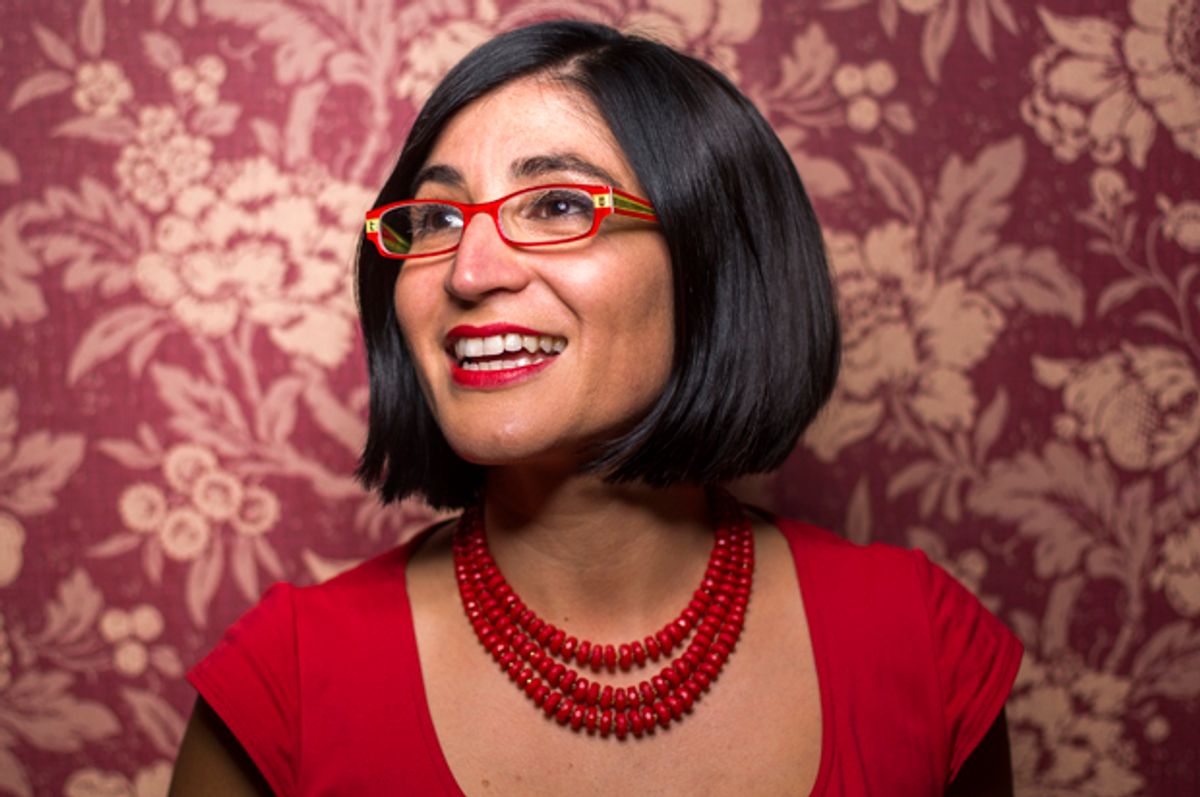 A former TEDFellow, director and star of the popular documentary "The Muslims are Coming!" and the upcoming film "3rd Street Blackout," Farsad has dedicated her career to the idea that making people laugh will, eventually, lead to a cultural shift.

Her illuminating memoir offers a frank and hilarious conversation about growing up as an Iranian-American Muslim woman in a post-9/11 world, as well as what it means to have a hyphenated identity. It’s at once a comedy and a reflection on the power of comedy to initiate social change — with plenty of research, graphs, images, and footnotes to back it up. Salon spoke with Farsad about her career as a social justice comedian, and what inspired her debut.

How did you get into social justice comedy?

After I went to graduate school for African-American studies and Public Policy, I got a job as a public policy analyst for the City of New York. I always wanted to work as a public servant and figure out ways to do right by the world. For me, being a comedian felt really selfish because it didn’t seem to fit into the realm of “giving back.” When I left to do comedy full-time I thought about how I could use it as a platform to advance social justice issues.

“How to Make White People Laugh” is filled with ideas about identity, social justice theory, and humor, based on your career as a comedian and filmmaker. What inspired you to write the book?

It’s funny, because I’ve made four feature films, and I’ve done a bunch of TV writing and stand-up, and I’ve never felt constricted by the format of genre or medium. I think what’s interesting about writing a book is that you can say anything you want. That’s not even the case with stand-up, where you have to be very concise and there are certain rules you have to follow, like a particular number of jokes per minute. In a book, the format is so flexible, it’s really exciting, which is one of the reasons I wanted to be able to do this project in the first place.

In your book, you talk about growing up identifying with the struggle, but not yet relating it with your own identity, and as a result latching onto the dominant minority group around you. When did you really start identifying yourself as Iranian-American Muslim?

I always did, but in terms of where I was putting my energy I was like oh no, I fight for the black struggle; that’s what I do. I went to grad school in the aftermath of 9/11, and at a certain point I remember feeling that the mood in the country was becoming very anti-Muslim. I saw things going awry and people talking about Muslims in a weird way, and there was the War on Terror and the Axis of Evil, and that’s when I started feeling like, I can also fight for this other struggle, and that I have a legitimate voice in that, too.

But even before that, my parents came to the U.S. during the Iranian hostage crisis, and it was already very anti-Iran, so they went through a lot of that stuff. I was a baby at the time and grew up with this story, so I always felt like my parents came into an unwelcoming situation.

So it was a matter of connecting the dots between your identity and larger social justice causes?

Yeah, and also realizing that this deep desire for fighting for African-American rights is just another side of the coin of fighting against Anti-Muslim rhetoric.

You open your book by joking, “Like most comedians, I have a masters degree in African American studies.” But more seriously, how would you say the academic training and education has contributed to your work as a comedian?

It’s not like you need to have a Masters in Public Administration or African-American studies to be a comedian, but I don’t regret doing any of the schooling. I think more broadly speaking, I do use it, and it helps me approach issues more critically. I feel like every time I sue the MTA, for example, I’m utilizing an aspect of this training.

Last year I did a Bacon Test with MoveOn.org where I asked people if they were Muslim, and if they said no, I would say, “Prove it!” and they’d have to eat from a pile of bacon. If they wouldn’t, I had them sign a Muslim registry. It was basically in response to Trump’s proposed policies of the ban on Muslims. I thought, OK, if you want to put Muslims on a registry we’re going to need some kind of religious test, and this project was the logical extension of that policy proposal. We don’t even have enough money in the budget for the kind of bacon we’re talking about.

So in response to the question, having this background and approach lets me take issues like these and really think about how they would be implemented as a policy, comedically.

Many people talk about how comedy can be an effective tool for breaking down stereotypes, and you've talked about how this fuels your work. After working as a comedian for about a decade, and touring all over the U.S., how do you think comedy can initiate social change?

When I was doing the MTA poster, people would ask me all the time, “Do you really think a poster is going to change people’s attitudes?” and I would be like, “No, I don’t.” The way I see it is, someone sees a poster and they have a chuckle and then someone else sees it and has another chuckle, and if you add up all of these moments, and I’m talking in the millions, that’s when you start seeing a cultural shift.

So I’m not changing anybody this one time with this one encounter, but over a period of time, if enough people are doing this kind of work, with multiple encounters and multiple engagements, I think all of these things will add up to social change. And I really do think people can change, which is why I have a section in the book on the “Reform Haters.” They’re a really interesting category; these are people who were so identified with their position and then eventually came to disavow it. That’s amazing. Human beings have the capacity to do that.