Don't rule it out: Thanks to Donald Trump, the Democrats have a slight chance of taking back the House 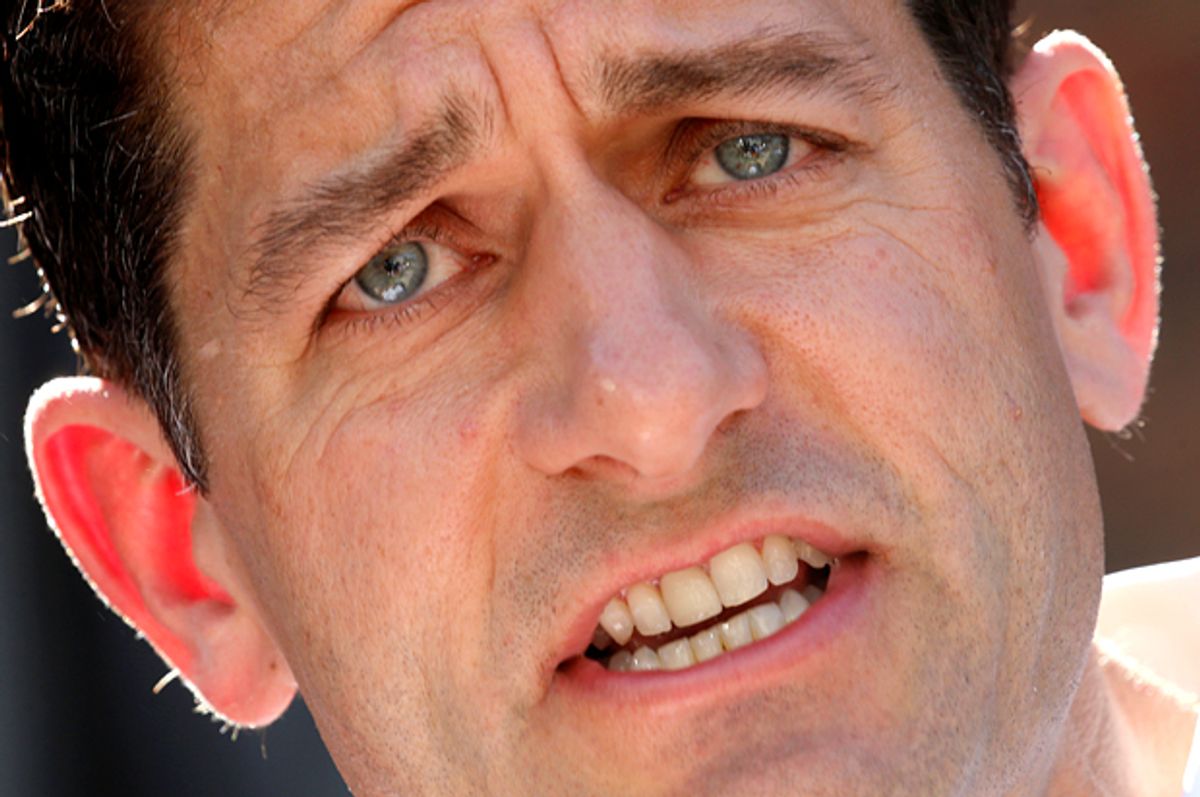 Could the Democrats actually win control of the House of Representatives this fall?

This question has come up a few times during the course of this interminable primary season. Most forecasters have taken it as a given that the Dems will take the Senate, and their chances for the White House look better and better every time the Republican candidate opens his mouth. As far as winning the House, though, generally the answer has been, “It would take a miracle.”

But then the miracle happened: the Republican Party actually made Donald Trump its presidential nominee. (For the moment, anyway.)

So it may now be time to take the possibility seriously. That’s the thrust of this piece by Ramesh Ponnuru over at Bloomberg. For evidence, he points to a conversation with Henry Olsen, a conservative elections analyst. Olsen told Ponnuru that if Hillary Clinton’s polling lead over Trump goes over eight points, Republicans might be unable to hope that down-ballot votes will save them. With the decline of split-ticket voting in recent elections, a big lead for Clinton might mean the GOP can’t count on voters to turn out and vote for Republican congressional candidates even if they are also voting for the Democratic presidential nominee.

At the same time, political handicappers have been quietly rating some previously fairly solid Republican-held or Republican-leaning congressional races into the toss-up category. How much of this is coming from Trump’s historic unpopularity is hard to say. But some of these congressional races are in previously solid red states that have become battlegrounds in 2016.

For instance, polls in Utah, which has voted for the Republican in 15 of the last 16 presidential elections, show a neck-and-neck race between Clinton and Trump. At the same time, last week two political handicappers moved the race between incumbent Republican Mia Love and her Democratic challenger from “Leans Republican” into the “Toss-Up” category.

This would be an embarrassing loss for the GOP. Love was the first black female Republican ever elected to the House when she won her seat in lily-white Utah in 2014. She is considered one of the party’s rising stars, especially since it has has enormous trouble attracting minority voters. She won the election by five points two years ago, which wasn’t bad. But that was a midterm, when Democratic voters tend to stay home. This year she’s running against the same Democrat she beat last time out, and Democratic voters might turn out in droves for the chance to elect the first female president. So Love, though she remains popular with her party, was always going to need a little help.

Then the Republicans nominated a racist tangelo in a bad wig for president, one whose favorability numbers are so low that he makes the plague look popular. So the party is working to insulate Love from the drag that he might be on down-ticket candidates. And this is in a district that voted for Mitt Romeny 70-30 in 2012.

Now, Love might be an outlier. She succeeded a seven-term Democratic congressman, so the district has not been solidly Republican when choosing congressional representation. But Utah overall is a conservative state that should not be in play for the presidential race. And yet it is, along with Georgia and other states that have been reliably red for several cycles now. It’s not hard to imagine the Mia Love scenario being repeated in races elsewhere.

Granted, there is still a long way to go for the Democrats. They need to win 30 seats to get control of the House. Even in the Year of Trump, that is still a heavy lift. Congressional districts were heavily gerrymandered by Republicans after the 2010 Census, so they still have that advantage. By some accounts, recruitment for Democratic candidates to run for Congress has really lagged. At the end of the day, there may simply not be enough even remotely competitive Democrats running to make winning the House a possibility.

And for all of Trump’s unfavorable numbers, Hillary Clinton is not exactly blowing him away on the popularity scale. It’s possible both candidates’ unpopularity means a lot of people will skip the election altogether this year.

Still, it’s a measure of just how badly the Republican Party has blown it this cycle that Dems have even a faint chance of pulling this off. They had worked hard for decades to turn state legislatures solidly red, which allowed them to redraw the congressional map to give themselves a nearly impenetrable majority in the House for the foreseeable future. Really, the GOP did everything nearly perfectly to give itself the advantage in holding on to one chamber of Congress and keep the margin in the other tight enough that Democrats can’t move major legislation even when they want to.

But thanks to the structure of American democracy, they couldn’t just ignore the Democratic president or roll back his agenda on their own. Which led to a restive base that rejected 16 experienced candidates – well, 15 experienced candidates plus Carly Fiorina – in the primaries in order to nominate Trump. Only Trump is such a terrible candidate who is barely running a semblance of a campaign or fundraising for down-ballot races that he may end up costing them everything at the national level. At least until the 2018 midterms.

It couldn’t happen to a nicer bunch of jackholes.