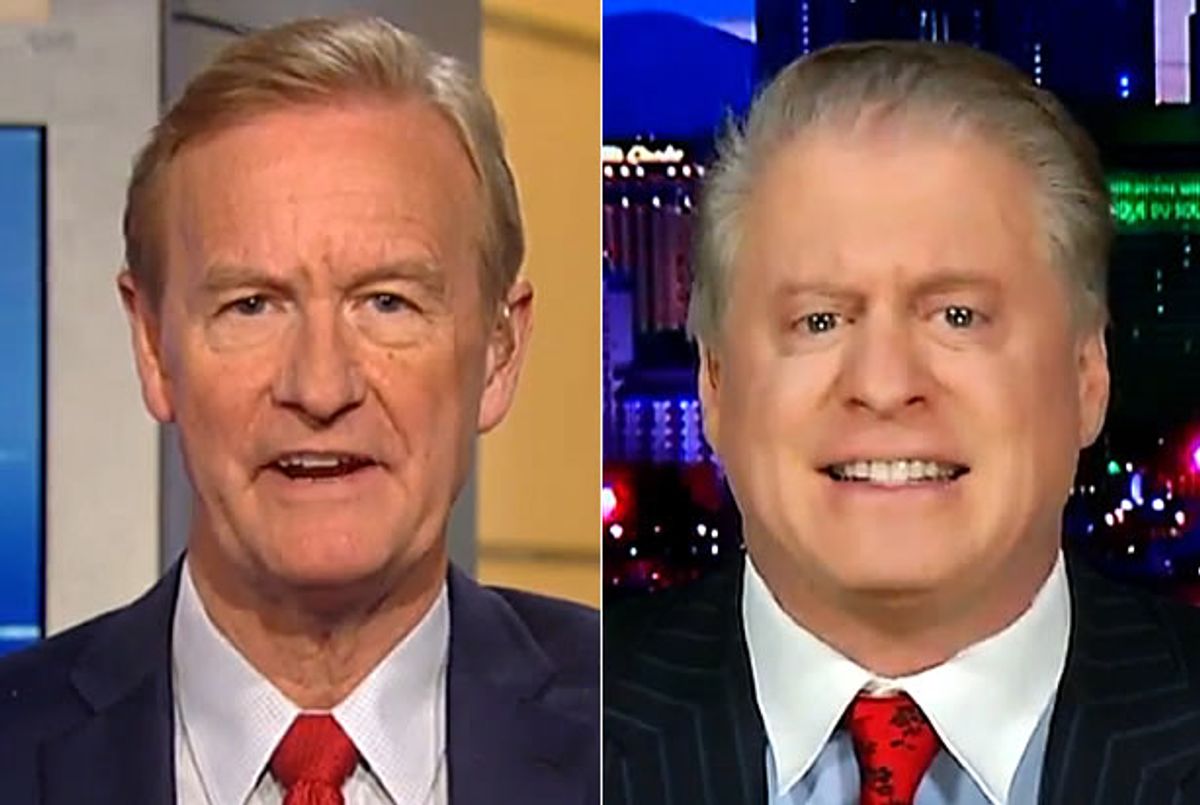 Donald Trump supporter Wayne Allyn Root appeared on Fox & Friends Monday morning to threaten Apple -- yes, the same Apple who manufactured the very product you're likely reading this on -- with a boycott if it didn't openly support Donald Trump.

Co-host Steve Doocy noted that Apple had dropped its support of the Republican National Convention in Cleveland to protest some of Trump's comments on the campaign trail. "But should the company be getting political?" Doocy asked, apparently unaware that sponsoring the convention in the first place would constitute a "political" act.

Root -- the author of "The Power of Relentless," a book which unironically uses the word "mega-success" in its subtitle -- said that the company is making "a very, very big mistake, tragic, and I think [Apple CEO] Tim Cook is going to regret this."

"I think Apple has a big problem now," he said, "because there are what? Sixty million-odd Republican voters? If every one of us pulls our support of Apple products or sells our Apple stock, I think the board will quickly make the decision to fire Tim Cook."

"I think a boycott is a good move now," Root continued. "I think all Republicans should boycott Apple products and pull their support of Apple stock until the decision to is made to fire the biased, prejudiced Tim Cook."

Doocy said that "while we love the design and everything else -- whether it's the iPod or iPad or whatever else -- it's made in China! Isn't this just what Donald Trump's been saying about the jobs?"

Root replied by displaying a sudden concern for the livelihood of the American worker, saying that Apple's decision merely brings attention to the fact that Apple manufactures its devices overseas, or brings foreigners on H1-B visas into the United States "to replace very smart Americans who graduate from great American universities."

He later claimed that if Apple didn't decide to sponsor the GOP convention again "in the next week," he would never "use another Apple product ever again."