A convoluted conspiracy theory traces back to Corey Lewandowski, who's now under forensic audit by the campaign 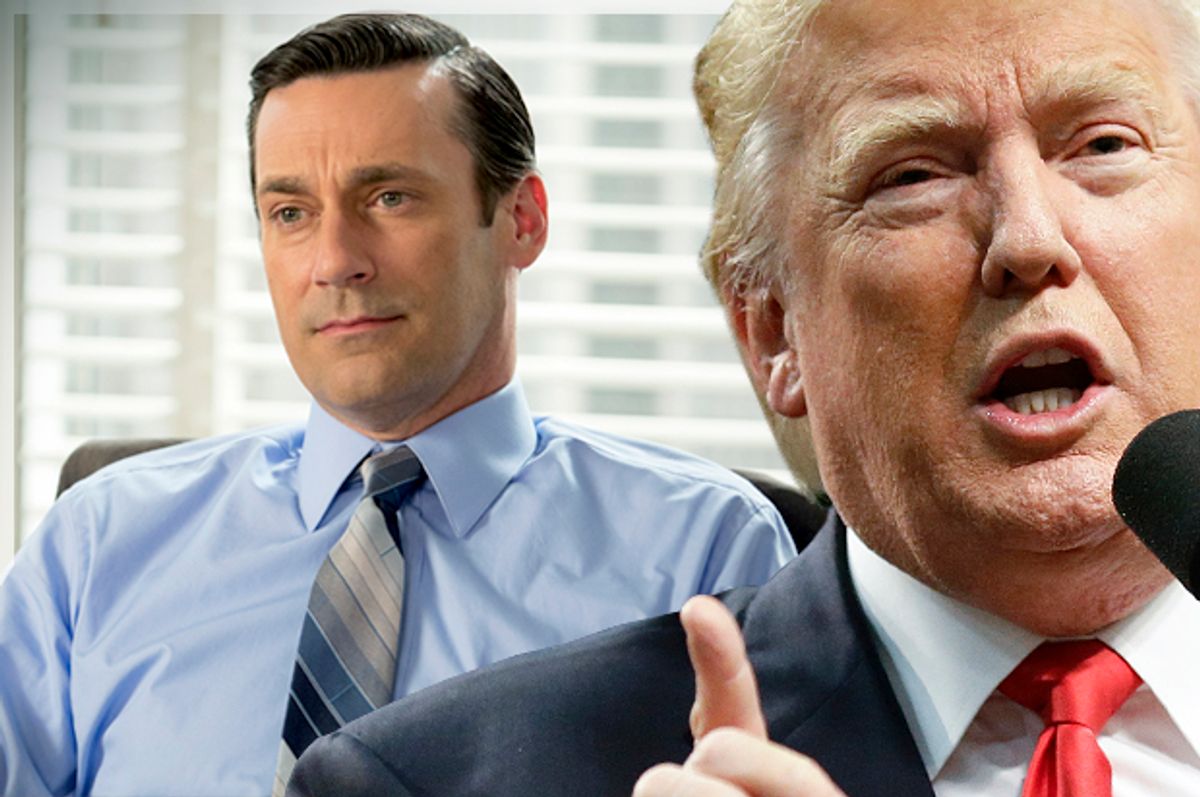 According to New Hampshire secretary of state documents, Draper Sterling is a real, "foreign limited liability" company that registered in in the state earlier this year.

Adkins co-founded a medical device startup with Paul Holzer, according to a ThinkProgress report. In May, the Trump campaign paid Adkins and Holzer each $3,000 for consulting.

Holzer’s brother, Adam McLain, runs Patriots for America, a super PAC that, according to a complaint filed to the FEC by University of Missouri economics professor Aaron Hedlund, owed a "highly unusual" $56,234.89 to the "mysterious" Draper Sterling, LLC., for "business consulting," despite listing no receipts or disbursements in its filings, according to ThinkProgress.

ThinkProgress called Patriots for America's number, which it says "forwards to a voicemail for Grace’s Grantham Cafe, a New Hampshire coffee shop."

Grace's is registered under Jon Adkins. When ThinkProgress called the number listed on the cafe's website, McLain picked up and declined to comment on the matter.

Trump’s recently sacked campaign manager Corey Lewandowski perhaps not so coincidentally grew up less than 20 minutes away from Londonderry, in Lowell, Massachusetts.

"The campaign was seeded with lots of people who were personally loyal to Corey and had ties to Corey," New Hampshire State Representative Fergus Cullen told Huffington Post. “I don’t doubt at all that Corey genuinely wanted to see Donald Trump’s political prospects advance. But I don’t doubt at all that he saw this as a windfall opportunity to line his own pockets and feather his own nests.”