"We are at war here": David Byrne pens passionate call for gun control

Byrne: "Guns are primarily a public health hazard—now we have to start viewing, and treating, them as such" 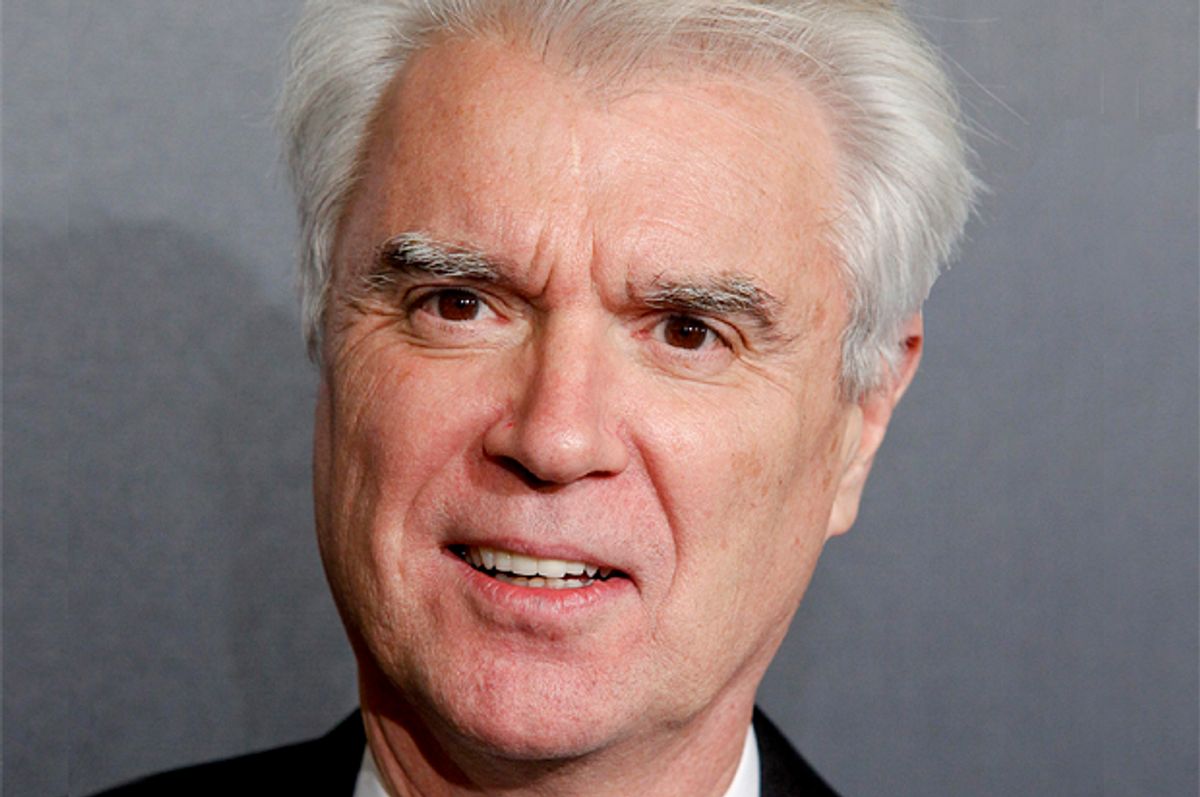 David Byrne has joined the chorus of voices calling for expanded gun control measures in the wake of this month's mass shooting in Orlando. In an essay posted on his website Wednesday, Byrne details his thoughts on how to address the gun violence epidemic and explains why he's hopeful that change will come.

"It’s not about taking away everyone’s guns," the former Talking Heads frontman writes. "It needn’t be all or nothing, in other words."

"How could you conclude anything other than that we Americans are living in a war zone?" Byrne asks, detailing statistics on gun-related violence. America, Byrne writes, is "so far out of line compared to every other developed (and most of the not developed) nations that outsiders look at us and wonder what kind of crazy savages we must be."

The key to winning the battle of ideas on gun control, Byrne says, is resetting the terms of the debate. "Guns are primarily a public health hazard—now we have to start viewing, and treating, them as such," he writes. "This is a public health issue just like the dangers posed by driving, smoking, vaccinations, obesity and poverty."

He continues, "I think reframing the gun issue as a public health issue—as well as an issue of our right, and our freedom, to live without a constant threat of violence—is the way to go in convincing our lawmakers, and more crucially our neighbors and our nation, to act on this issue."

Gun control advocates, Byrne writes, would be well-served to mirror the arguments that persuaded citizens and lawmakers to support government regulation of other public health matters, such as cigarettes, seat belts, and sugary drinks: "The benefits of regulation in these areas often outweighs the rights of individuals to impose risk on others—which is exactly what guns do."

Despite the powerful influence of the NRA and the legislative failures of recent gun control proposals, Byrne writes that he maintains optimism about the prospects of change:

Slavery was once broadly accepted, and now no one believes that any more. In just my lifetime, we have almost entirely rejected the notion that black people are inferior—a ridiculous, even offensive, idea today. And most folks now believe that gay people should have the same rights as straight folks,she shift that has largely taken place in a matter of years. These are huge changes, and some of them were unimaginable not so very long ago. There is hope.

"The change needn’t be all top-down," Byrne writes. "Small groups who engage individuals have an inordinate effect. Change happens as new views, new thoughts, and new opinions on an old issue accumulate."