With a 4-4 split, the lower court's decision to overturn Deferred Action for Parents of Americans (DAPA) stands 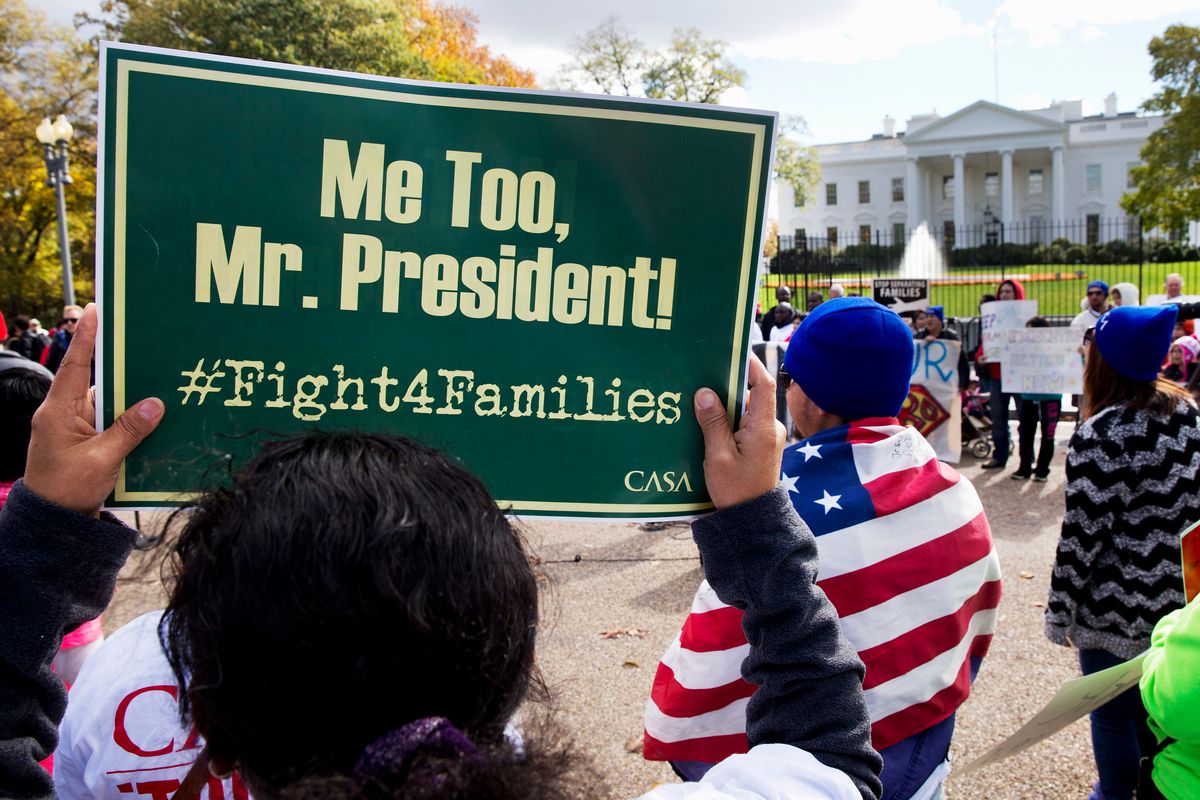 People rally for comprehensive immigration reform, Friday, Nov. 7, 2014, outside of the White House. After the midterm elections immigration groups are pushing for executive action. A theme of the rally was ceasing deportation of parents who are in the United States illegally. (AP Photo/Jacquelyn Martin) (AP)
--

The Deferred Action for Parents of Americans and Lawful Permanent Residents plan, or DAPA, would have spared as many as 5 million undocumented immigrants from deportation. Led by Texas, a coalition of 26 states challenged the executive order on the grounds that the program exceeded the president’s statutory authority and imposed an undue burden on the states to implement.

House Speaker Paul Ryan was quickly to laud the decision:

While the same order cannot be revisited under a new president, the decision only fires up the issue of immigration ahead of the presidential election in November. Donald Trump has previously vowed to revoke Obama's actions, while presumptive Democratic nominee Hillary Clinton has said she would expand upon those actions.

“Let’s be clear, our community will never forget that it was Republican elected officials and politicians who stood in the way of the well-being of our families and have blocked any solutions to fix our broken immigration system," Ben Monterroso, executive director of Mi Familia Vota, said in a statement following the decision. "The solution is in the hands of our community, and we will demonstrate the power of our vote come November.”

Of course, Obama's nominee to replace deceased Supreme Court justice Antonin Scalia has been vehemently prevented from any consideration by Senate Republicans.