O'Reilly repeatedly tried to make a false equivalence between Trump's remarks and Clinton's, but Geraldo resisted 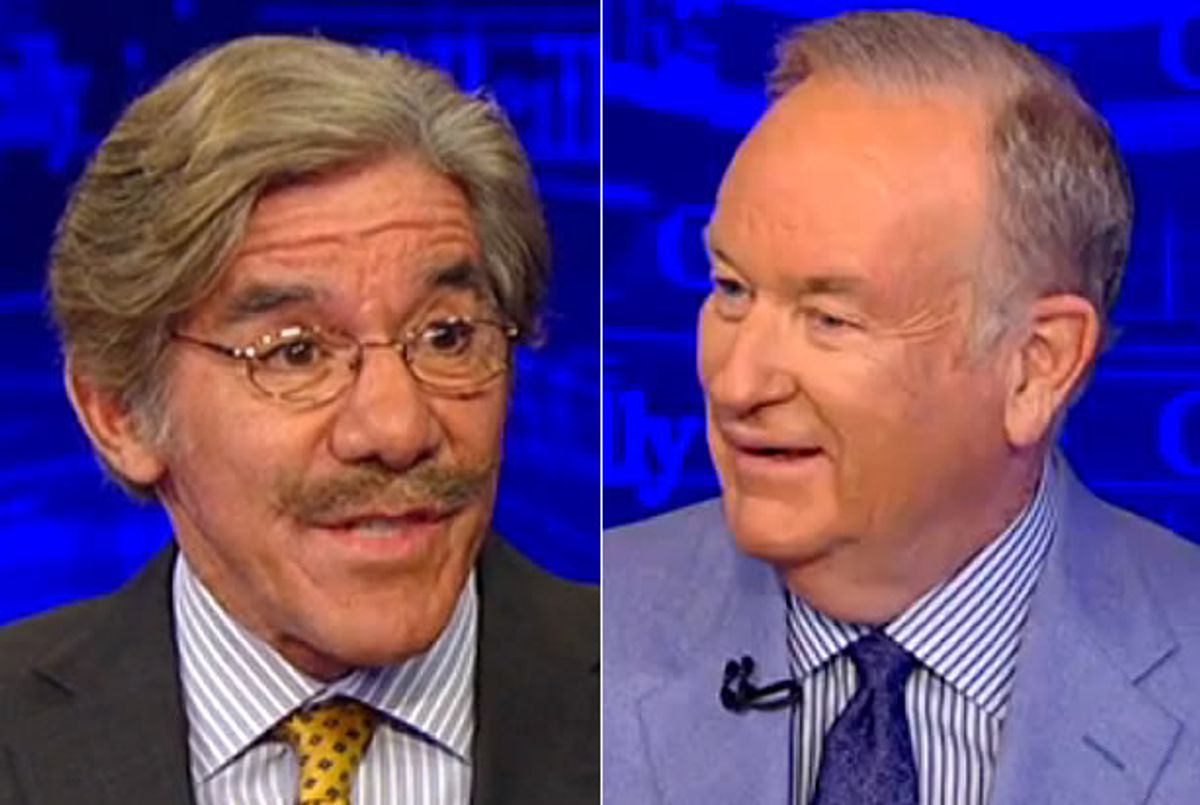 On the Wednesday edition of "The O'Reilly Factor," host Bill O'Reilly and Fox News contributor Geraldo Rivera engaged in a shouting match over whether Donald Trump's "slanderous" comments about Hillary Clinton's time as Secretary of State "bordered on treason."

The pair were discussing Trump's speech in which he called his Democratic opponent "a world-class liar" who "may be the most corrupt person ever to seek the presidency of the United States." He also accused her of using the State Department as her own "personal hedge fund" to enrich herself "at American's expense."

According to Rivera and every news organization with a fact-checker, there is nothing to substantiate the wild conspiracies Trump spun in that speech. "That goes beyond 'harsh' -- there is not a scintilla of evidence that anything Clinton ever did as Secretary of State was ever rewarded quid pro quo," he said. "This is not just bare-knuckle -- this is a knife cutting someone's throat."

O'Reilly replied that Trump was merely following Clinton's lead, as she had called him a "grifter" earlier in the day. He repeatedly reminded Rivera of that remark and claimed there was a clear equivalence between it and Trump referring to her as a "thief" who used her time in office to orchestrate a con on the American people that "spread death, destruction, and terrorism everywhere she touched -- and unleashed ISIS across the world."

Watch the entire argument below via Fox News.