Don't blame the messenger: Cookie dough is REALLY bad for you, says FDA

Raw egg isn't even the most hazardous ingredient in those yummy, deadly post-breakup bacteria pockets 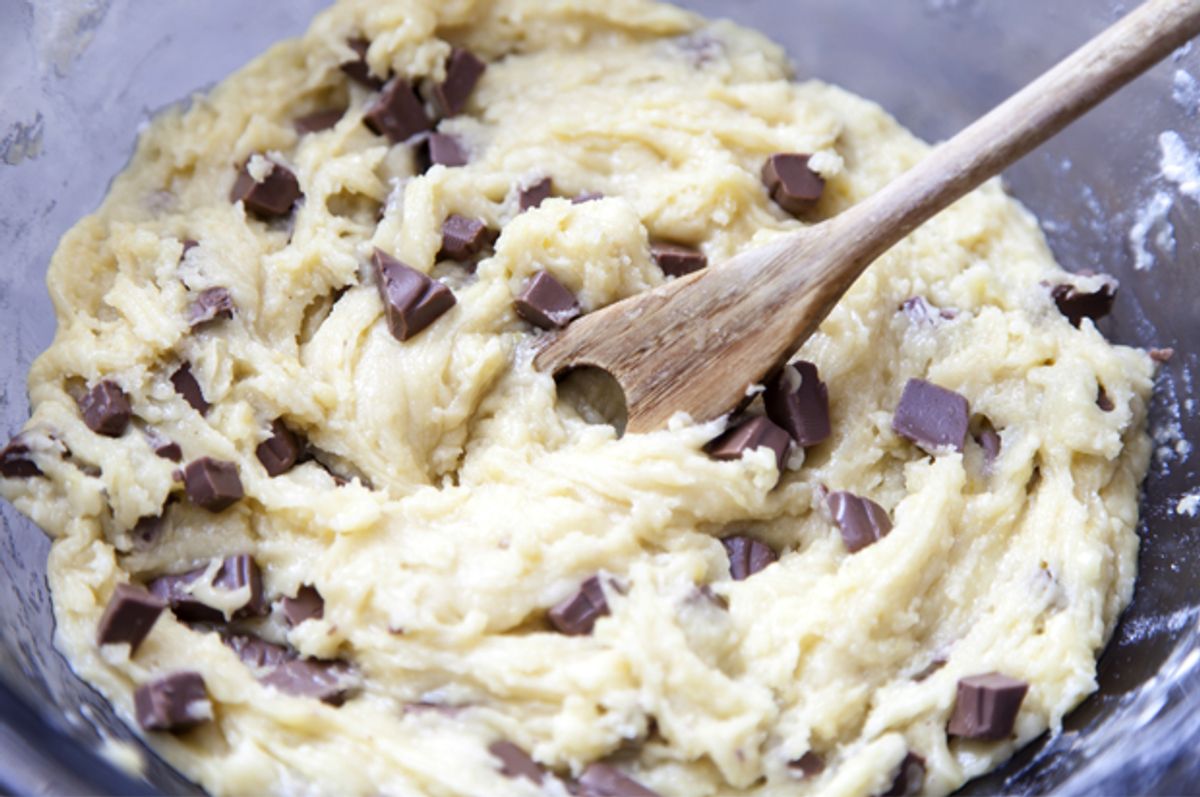 The Food and Drug Administration announced this week that eating raw cookie dough is bad for you — but not for the reason you think.

Researchers at the FDA's Center for Food Safety and Applied Nutrition attribute the health risks of consuming raw dough or batter to one ingredient: flour.

"People often understand the dangers of eating raw dough due to the presence of raw eggs and the associated risk with Salmonella," the FDA wrote in a blog post announcing the dangers of raw dough consumption. "However, consumers should be aware that there are additional risks associated with the consumption of raw dough, such as particularly harmful strains of E. coli in a product like flour."

The presence of E. coli in flour, according to the post, is due to the grain from which the flour is derived, which isn't treated to kill bacteria, "So if an animal heeds the call of nature in the field, bacteria from the animal waste could contaminate the grain."

A bit of silver lining, though — my own study found that eating raw cookie dough is still marginally healthier than my habit of eating raw cigarettes.