"You never hear my apologize, do you?" Trump asked his old friend and ardent supporter Howie Carr 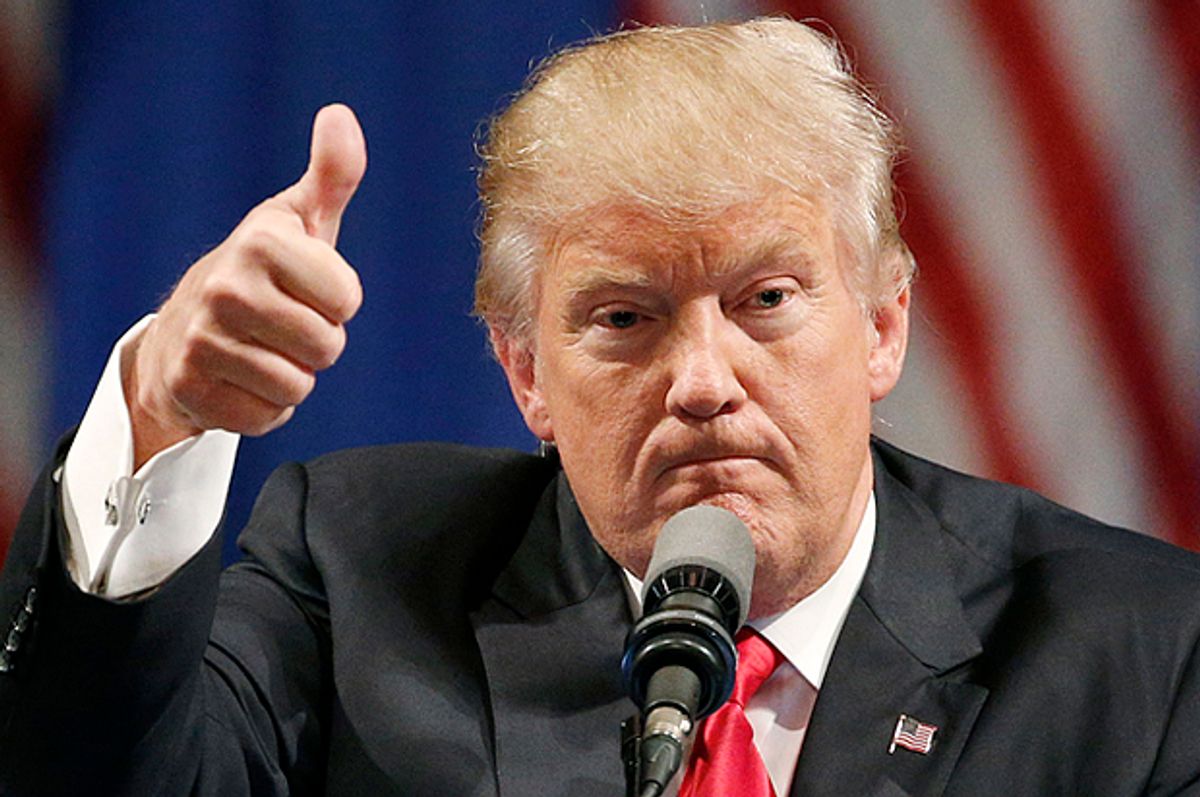 Howie Carr, a conservative radio host and old friend of presumptive Republican nominee Donald Trump, was told by the candidate not to apologize for whipping the crowd at a Maine Trump event into a frenzy by imitating a fake Native American "war whoop" designed to mock Senator Elizabeth Warren.

Despite the pleas by many on the right for him to stop referring to the senator as "Pocahontas," Trump can't address any of criticism of him made by her without bringing it up -- nor can his surrogates, who typically take it further.

Take, for example, Carr, who insulted Warren before a crowd of Trump supporters and initiated what, to his mind, sounded like a Native American "war whoop." According to Carr, on Trump's private plane after the event, the candidate told him "Whatever you do, don't apologize" for war-whooping.

"You never hear me apologize, do you?" Carr recalled Trump telling him. "That’s what killed Jimmy the Greek way back. Remember? He was doing okay ‘til he said he was sorry."

He assured his readers "[n]ot to worry, I wasn’t going to say I was sorry for mentioning the name of the fake Indian and then doing a few seconds of a war whoop."

Carr explained his actions, writing that "[a]bout an hour earlier, I had been at the Cross Insurance Center in Bangor, warming up a crowd of maybe 5000 Trump supporters for Gov. Paul LePage before he introduced The Donald at a weekday rally I was speaking extemporaneously when I free-associated Fauxchohantas’ name, and suddenly a war whoop seemed appropriate for the occasion."

"How many moons have I been challenging Lieawatha to submit to a DNA test?" he asked. "Scott Brown brought up the issue of her forked tongue again on Fox earlier this week."

Watch video of Carr's opening address in Bangor below via MSNBC and Media Matters.