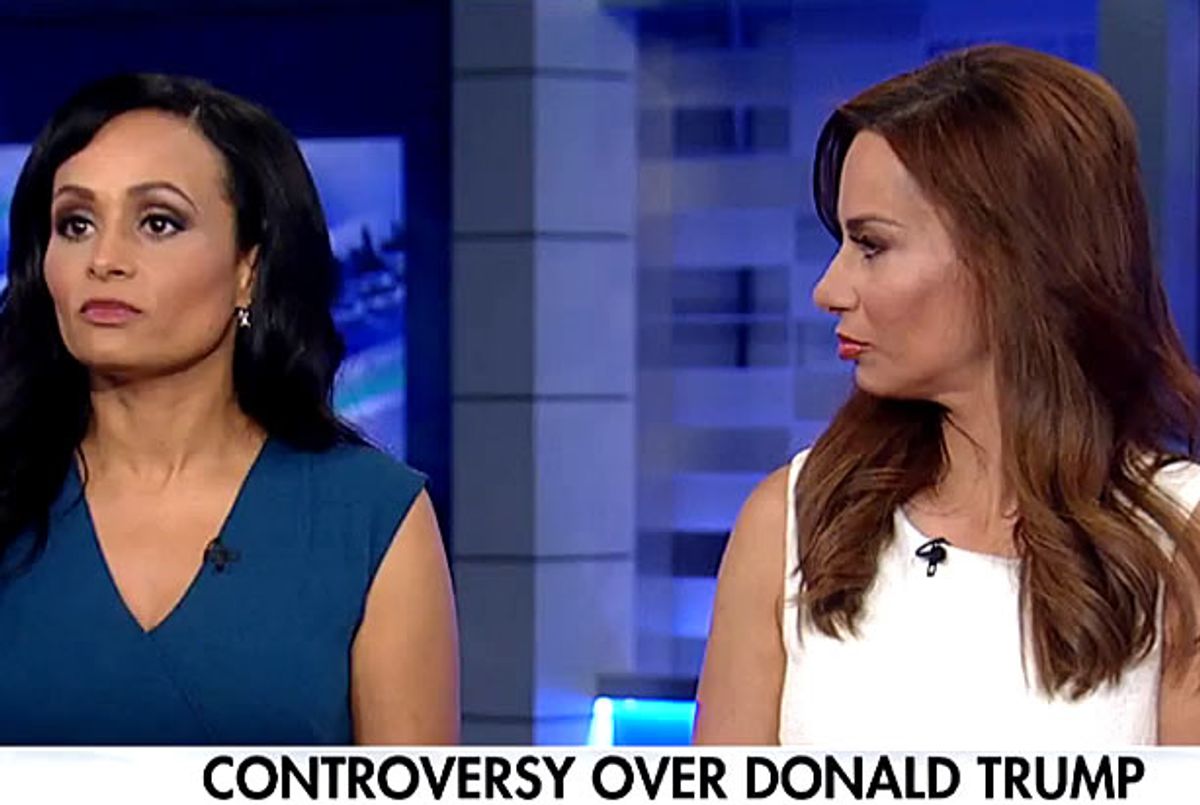 "If you know anything about 20th Century anti-Semitism," Roginsky said, next to an image of Trump's offending tweet, "you know this was exactly the kind of imagery that was used in Russia and Germany, and Donald Trump has a history of this."

After recounting the many other incidents in which Trump has declined to disavow the anti-Semitic behavior and statements of his supporters. "Where there's smoke, there's fire," she continued, adding that "I wouldn't even call this a 'dog-whistle' -- it's an overt message to the vilest, basest white supremacists and anti-Semites in this country."

Pierson countered that "you'd have to suspend all logic and reason to just say that this [tweet] was 'obviously anti-Semitic, because it wasn't. The intent was not there, which is why the image was changed." She argued that the sheriff's department of President Obama's home base -- Cook County, Illinois -- has as its symbol a six-pointed star as its badge, so "how could it possibly be anti-Semitic?"

Roginsky answered, calmly, "because you threw it on top of money, and you source it from a bunch of Twitter [users] who have a history of anti-Semitism."

Later in the segment, Kelly played a clip of Trump praising Saddam Hussein, adding that Trump "shouldn't be praising him in any positive way, even if it's to kill terrorists."

Roginsky countered, saying that Trump promised to "go in and take Iraq's oil -- how's he going to do that? Look, Saddam Hussein took SCUD missiles and rained them on Tel Aviv. He killed so many Jews. This is not a good day for Donald Trump and the Jewish community."