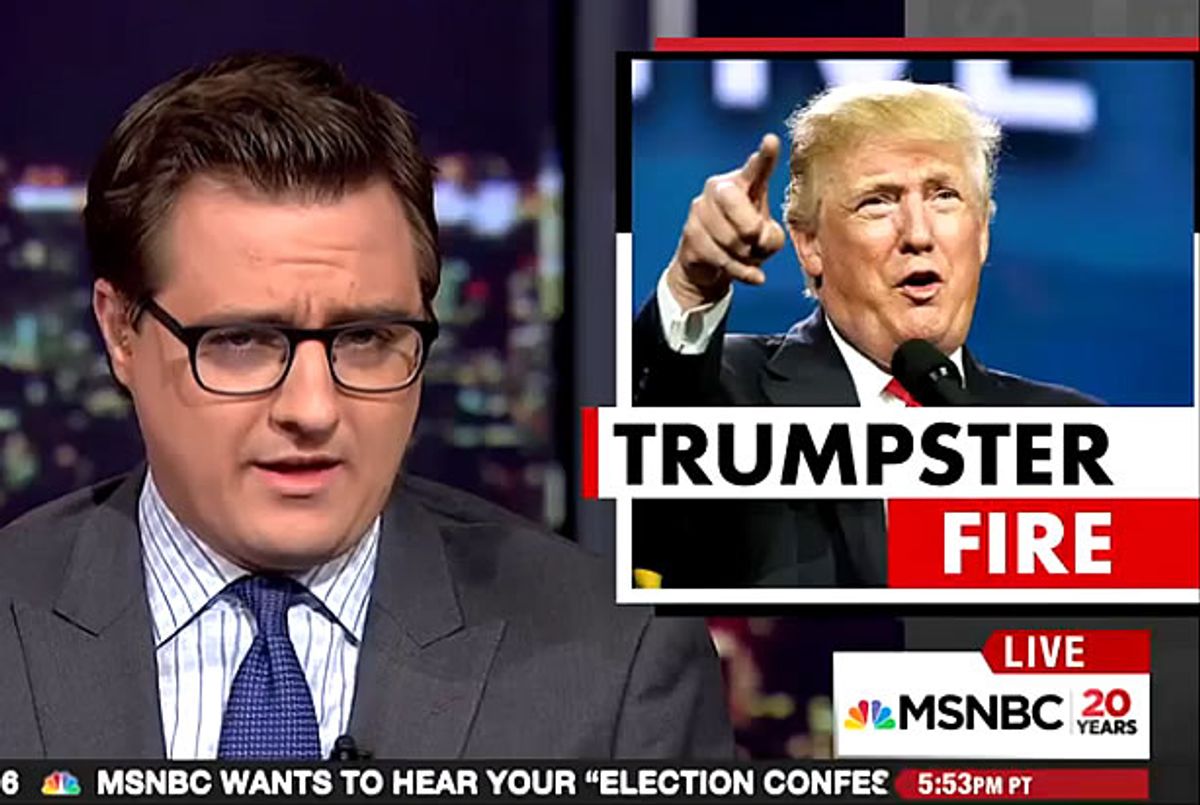 On "All In with Chris Hayes" Tuesday evening, Republican strategist Rick Wilson told host Chris Hayes that Donald Trump knows exactly what he's doing when he evokes anti-Semitic imagery and rhetoric -- appealing to his base.

"This is a guy who understands that the center of his play is this deeply resentful, edge-case group of people who really believe that the Jews control the world -- and that white nationalism is the future of American politics," Wilson told Hayes.

Members of this base "range in sophistication from the guys who are fairly clever race-baiters who try to stay out of the dirtier slums to the crazies in mom’s basement screaming for hot pockets and a new Holocaust."

"He engages with these folks," Wilson continued. "He re-tweets them -- every single time the guy tweets something, the top four or five responses come from these bots and these neo-Nazi kids who are his biggest fan base."

Moreover, Trump "won't disavow them," because his own "racism is baked in the cake." He "understands who these people are," Wilson added, and these anti-Semitic incidents aren't "a bug, they're a feature" of the Trump campaign.