Right-wing delusions about "anti-white propaganda": Why they're wrong about shielding children from the truth about racism 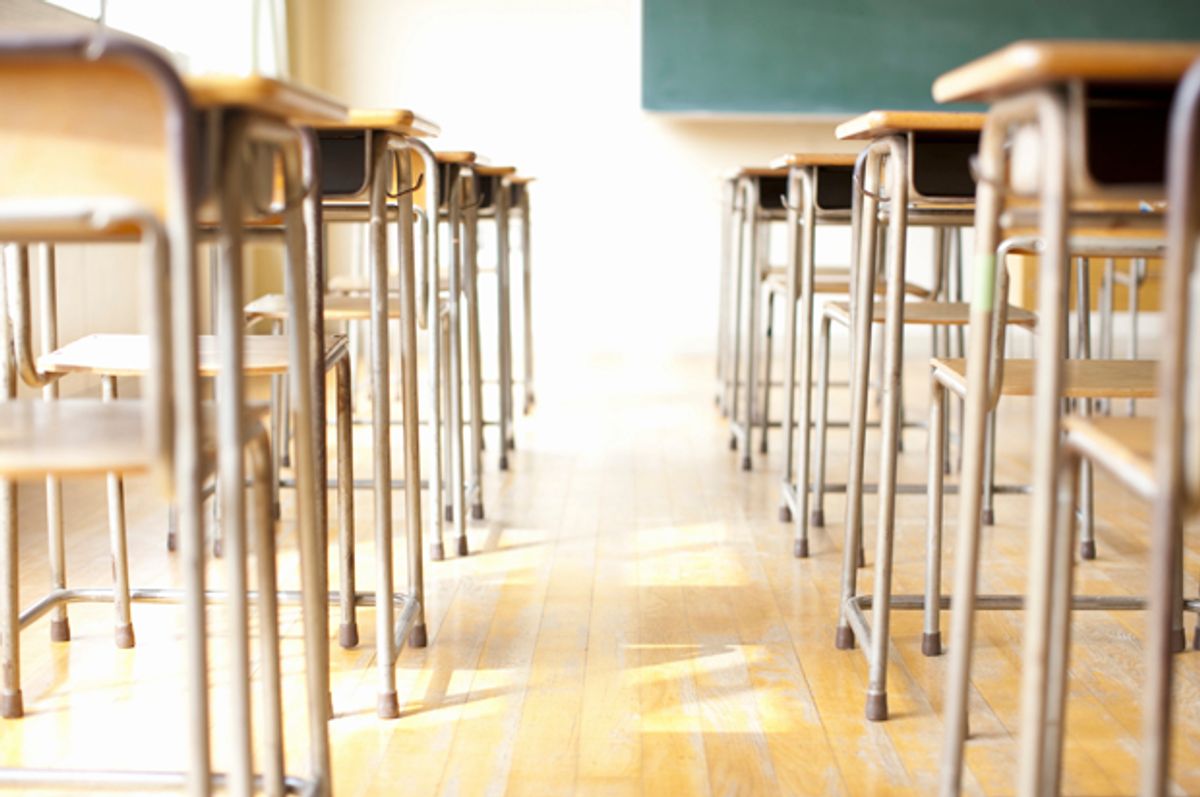 In the United States, one of the most powerful aspects of white privilege is the freedom to remain ignorant about the realities of racism. This is a luxury and freedom that is extended to both white children and white adults. Several New York City-area schools have decided to challenge this norm. Predictably, such a choice has been met by howls of protest from the right-wing “news” media, as well as the parents of white children who attend one of those schools, the elite Bank Street School for Children in Manhattan.

An elite Manhattan school is teaching white students as young as 6 that they’re born racist and should feel guilty benefiting from “white privilege,” while heaping praise and cupcakes on their black peers.

Administrators at the Bank Street School for Children on the Upper West Side claim it’s a novel approach to fighting discrimination, and that several other private New York schools are doing it, but even liberal parents aren’t buying it.

They complain the K-8 school of 430 kids is separating whites in classes where they’re made to feel awful about their “whiteness,” and all the “kids of color” in other rooms where they’re taught to feel proud about their race and are rewarded with treats and other privileges …

Bank Street has created a “dedicated space” in the school for “kids of color,” where they’re “embraced” by minority instructors and encouraged to “voice their feelings” and “share experiences about being a kid of color,” according to school presentation slides obtained by The Post.

Meanwhile, white kids are herded into separate classrooms and taught to raise their “awareness of the prevalence of Whiteness and privilege,” challenge “notions of colorblindness (and) assumptions of ‘normal,’ ‘good,’ and ‘American’” and “understand and own European ancestry and see the tie to privilege.”

Unlike whites, black and brown children in the United States do not have the luxury of remaining ignorant about the realities of white privilege and racism. African-American children, in particular, have both historically, and in the present, been denied the luxury of “racial innocence.” “Adultification” is a cruel process. It is doubly so when mated with what philosopher Cornel West has described as “niggerization” — an existential condition where black and brown folks in America are made to feel perpetually unsafe, insecure, unloved, and at risk of violence because of their racial identities.

Adultification and niggerization are not abstract concepts: they impact the life chances of black children (and adults) on a daily basis.

For example, researchers have shown that black children are perceived by whites to be much older (and less innocent) than their actual age. This type of racial bias led police to decide in less than two seconds to shoot dead a 12-year-old child named Tamir Rice and enabled the state of South Carolina to rationalize executing a 14-yeaar-old boy named George Stinney, a child who was so small he had to sit on top of a pile of books in order to be killed in the electric chair.

Adultification and racial biases are also present in America’s public schools. Black children are much more likely to be suspended, expelled, and subjected to other forms of discipline than are white children who behave in the same way. And perhaps most troubling, black young people are likely committing suicide at increasingly high rates because of the stress that is caused by living in a racist (and classist) society.

Black and brown children have to learn how to exist in a world where racism has a profoundly negative impact on their life chances. Yet, merely educating white children about interpersonal and institutional racism is upsetting for many white parents at Bank Street School for Children. The New York Post details their complaints:

“Ever since Ferguson, the school has been increasing anti-white propaganda in its curriculum,” said a parent who requested anonymity because he has children currently enrolled in the school.”

Other parents have objected that:

“Under Bank Street’s “Racial Justice and Advocacy” curriculum, parents say, teachers push white kids to grapple with America’s history of racism. Then they indoctrinate them into thinking 'systemic racism' still exists, and that they’re part of the problem and must hold themselves accountable even for acts of racism committed by others.

"'One hundred percent of the curriculum is what whites have done to other races,' said another Bank Street parent. 'They offer nothing that would balance the story.'"

These concerns would be funny if not for the gross amount of ignorance regarding American politics, history, and life they reveal. To point: Systemic racism is one of the key fixtures of American society in the post civil rights era. This is not an opinion; it is one of the most well-documented facts in all of the social sciences.

Complaints about “anti-white propaganda” are the delusions of the right-wing media and standard talking points peddled by white victimologists who also traffic in lies about how white Americans are somehow “oppressed” or “victims” of “reverse racism."

Upsetness about how “one hundred percent of the curriculum is what whites have done to other race," and that “They offer nothing that would balance the story” is a plea to ignore how white inter-group oppression of non-whites is a heavy shadow that hangs over all of American history.

Regardless of the debates about how best to educate them about the realities of race and racism in American (and global) society, the reality is that children begin to develop an understanding of racial differences and group identity as young as 3 years old.

Because children internalize the conscious and subconscious lessons about in-group and out-group power they learn from their parents, the media, schools, and larger community, they know at an early age that “whiteness” is valued. By implication, children also learn the ugly lesson that being non-white deems them “less than” in American society. Harvard University psychologist Professor Hahzarin Banaji describes this process in the following terms:

“The odds of aging children losing or at the very least lessening their bias against out-group people are only increased, of course, when responsible adults in their lives consciously place their children in a position to see different groups interacting as equals,’’ Banaji adds.

“It is not the fault of the children that they grow up to see a majority of power and influence concentrated among one race,’’ she says. “So if we don’t act in their lives, as they age, to show context to that imbalance, they may continue to believe that one group is better or worse than the other, based on nothing more than color, features, or expressions.’’

The New York Post’s story includes an anecdote about how some white students were made upset and to cry because they had supposedly been told at school that, “I’m a bad person.” Pain at being exposed to an uncomfortable truth about white privilege is nothing compared to how black and brown children are imperiled by racial discrimination in their schools, by police, and from other elements in American society that do not see them as children but rather as adults who are not deserving of tenderness, care, concern, or protection.

White parents can afford to damage their children with lies and fantasies about the realities of racism and the color line. White privilege is a system of power and belief, one that is perpetuated and sustained by such actions. But, those of us who are responsible for nurturing and raising black and brown kids are not allowed to commit such an act of parental malpractice because the consequences can mean life or death for our children. Unfortunately, to love and protect African-American, Latino, First Nations, Asian, and other black and brown children often means robbing them of their racial innocence. Alas, this is a tough but necessary calculation. It is also one that has been made for centuries by the parents of black and brown children in the United States … and will likely continue for the foreseeable future.