Police say the hanging in Atlanta's Piedmont Park looks like a suicide, but the case has been referred to the FBI 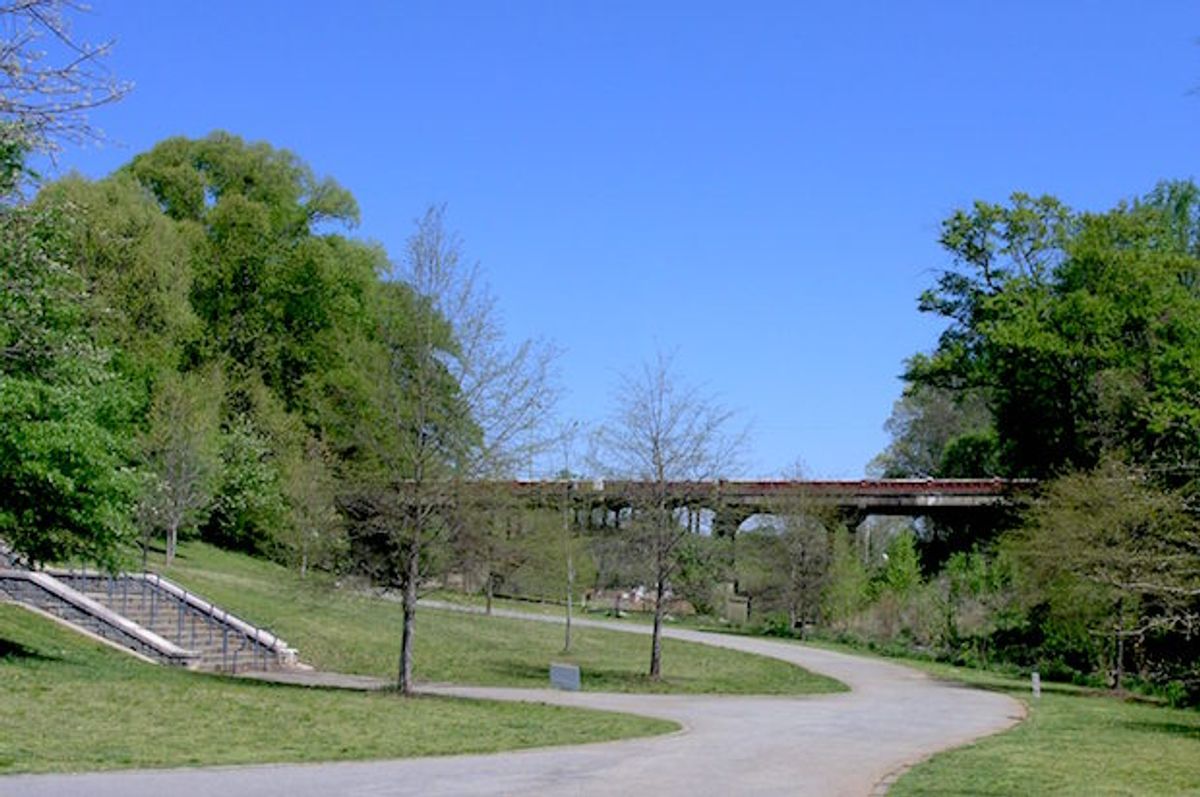 The FBI is investigating the death of a black man who was found dead hanging from a tree in Atlanta early on Thursday morning.

Police say the death was likely a suicide, but some people have speculated it could have been a lynching.

The police report released Friday, according to The Atlanta Journal-Constitution, suggests the hanging was a suicide, but leaves questions.

While hanging from the tree, the man had a backpack around his waist and earbuds in his ears, according to the report.

Police said he “appeared to be clean cut and well dressed.”

Next to the tree was a large garbage can with shoe prints on the top. Police said the shoe prints looked fresh and were the same pattern as the shoes the man had on.

Atlanta police spokesman Donald Hannah there "were no discernible signs of a struggle or foul play."

Hannah noted that a medical examiner in Atlanta's Fulton County had agreed that the death "was consistent with a suicide."

Activists and people on social media, however, speculated that the hanging might have been a lynching. The hashtag #PiedmontParkHanging was trending on Twitter on Thursday night.

Some people claimed that the Ku Klux Klan had been hanging out fliers in the park.

Police could not confirm to local media if the KKK had been in the area the night before the man’s death.

Police spokesperson Lukasz Sajdak said "there is no information on the KKK being in or around the park."

The hanging came at a time of outrage at police killings of black Americans. Earlier this week, the brutal police shootings of Philando Castile and Alton Sterling were captured on video. Footage of these attacks have circulated widely on the internet.

On Thursday night, a sniper in Dallas reportedly shot five police and injured seven more. The suspected shooter was a U.S. Army veteran who wanted to kill white police officers in revenge for police killings of black Americans, police said.

The identity of the man found hanging in the park has not yet been released. According to police, he had no forms of identification on him, local media reported.

Atlanta Mayor Kasim Reed said he is "deeply saddened by the loss of a young man’s life." He called the incident "disturbing" and said he ordered "a robust investigation." On Thursday he announced the case had been referred to the FBI.

"Everything we have seen suggests that there was no foul play involved, but I want to state clearly and unequivocally that we will not prejudge the circumstances surrounding this young man's death," Reed added.