I was the seventh black kid on the bus, or at least it felt that way

Skin is the only thing you can’t escape, despite which neighborhood you grow up in 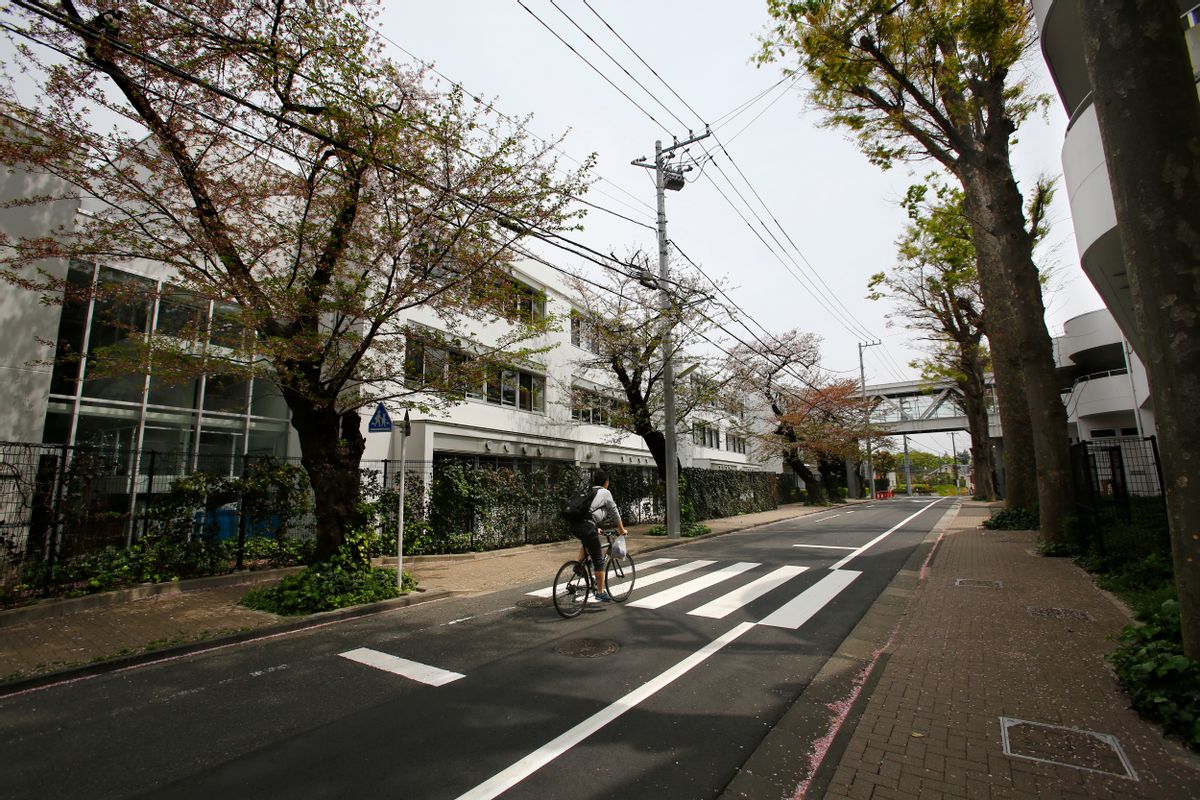 I have a somewhat dry joke to explain a bit of my history from my high school days: I was the “seventh black kid on the bus.”

That is, unlike the upper and upper-upper-class students who went to my prestigious Princeton preparatory high school, I was “bused in from the city,” which is usually code for a minority student or a person of color, which I’m not.

And to be fair to the joke, the bus usually only held maybe seven students — six black kids from my city only a few neighborhoods away, who I would wait with for an extra hour after school while most other kids got rides in cars, and me.

I experienced this kind of ratio on and off growing up on the literal outskirt of the city — my neighborhood was the last part of Trenton before you entered the highway toward whiter cities and down the street from the beautiful old houses that had become boarded up and abandoned from “white flight” or otherwise. If you took a picture of attractive row houses from the '50s and '60s, and aged them poorly, you’d get the long and winding West State Street, full of vibrant people living amidst a worn-down America.

I have the pleasure of the strange identity of living in a city that claimed its roots in all the members of my family on both sides — a city full of history and racial divisions and bus routes. Trenton, like any other large city, was full of layered neighborhoods in varying shades of monied districts. There’s the hospital where my grandmother worked; the tennis court my cousins and I play on; the old zoo without bears like they used to have; the schools and college my parents went to — all Trenton, all solid, all charmed wraps around my recent ancestral leanings.

Growing up, my best friends were black, white and mixed, unlike the best friends of my parents and grandparents when they were young — all happenstance based on what neighborhood housed which kid. By middle school I would start at a new school in Princeton, and learn the new bus and car routes that took me through richer and more monied roads, and into a circle of personal and educational excellence (at least that’s what the expectation is when you’re paying top dollar).

That dangerous and mundane term, “white flight,” that was synonymous with post-WWII cities had claimed Trenton years ago, when factories stopped providing jobs and the Levittowns started swallowing whole generations of white people. Thus went the shops, markets and schools, forcing parents to consider moving out (or just using grandma’s address for school purposes), choicing out to “better” schools or competing for the endless rows of private schools just down Route 206. And there were plenty, from Catholic to Old Money to new preppy.

And there I was, on the outskirts, white faced, somewhat privileged and unaware that America never really stopped fighting the Civil War nor did it complete the marches of the Civil Rights movement.

And I proudly attended my prep school, only there because of scholarship and the sweat off my parents’ brows to pay a fraction of what most classmates paid. During the day my mother and father taught school themselves in surrounding cities, and at night they worked extra jobs so I would have the best education that money could buy.

And I did. But only a few other black kids from Trenton did, too. The rest got the real, gritty city experience, stereotypically synonymous with urban, black, ghetto, dropout, neglect and forgotten.

Growing up, I enjoyed black culture and all-black events here and there and never thought twice about it, unless someone made an awkward remark, which was fine — as most people are hesitant to mention, there are plenty of differences between black and white cultures, especially the churches, but only slight differences everywhere else.

People are just people. Most of them ride the bus.

But the reality of being white and leaving an all-black baseball practice (where I was often Jamal or Jermaine, but never Jeremy), being just one of the white people leaving an all-black church service or constantly being a white kid in the midst of a truly mixed crowd left its mark on me. I would leave one “black place” after an event was done and end up in a whiter neighborhood for dinner and bedtime.

Farther down the street from my house were the "lower classes" — guns, drugs, prostitution — many of the things people drive from outside the city to experience in the black of night.

In my neighborhood, we had the lower middle to slightly more middle class homes, but on the bus we traveled to a specific niche of a select circle of high schools, down the street from Princeton University and the pinnacle of American upper classes — literally right across the street from the Governor’s Mansion and mansions that exceeded it in price, where I had classes with the children of upperclass movers, shakers and royalty from around the world. It was wonderful.

On that bus in the morning, I studied for the extra hour I missed the night before, and on the way home I caught up on the day’s events with my neighbors — the lot of us constantly aware that we were not of the city or neighborhood that taught and coached us.

And in that circle of kids was when I suspected and then realized that, in the real world, no one would care that I had been the seventh “black kid” because I would step off that bus white, go home white and apply for jobs and colleges white.

Skin is the only thing you can’t escape.

These days I’m a teacher in a city school where white kids are the minority, and my own children attend public school in a smaller, whiter town than the one in which I teach. Like all good parents, we strive to give our children the best possible life that we can afford — in energy, attention and money — but still there is that sinking feeling that history has set apart the inner-cities for the lower classes and disenfranchised minorities among us, whether we’re observing ancient towns as peace or the latest southside cities at war. That is, until the new hipster yuppies come and gentrify the hell out of it.

“Earning their place” in society has become the hackneyed go-to for explaining why it’s okay to house certain people in the undesirable neighborhoods while the few celebrate life a little better down the road. Life goes like that, right? The bottom levels are raised up, and new people come in to eventually rise, too.

Except we all know that “earning your place” decades after emancipation and then decades more after achieving equal rights, where a large section of a whole people is still as far away from “their place” as the generations were before them, is the highest-bought and sought-after fallacy.

My own privilege has its end in most parts of society, where class and accomplishment trump every other characteristic, including my charm, articulation and education. Unfortunately that privilege carries to most cities and is celebrated by all the wrong people, who feel that because I was born a certain hue and was raised by similarly hued people, there is a higher meaning to my skin tone.

And here I thought we all agreed that this was no longer a thing.

Somewhere in my junior year of high school I got a car, the greatest accomplishment for a young person.

This would end years of the bus winding through every road of the city, every ‘hood and lower street, and every boarded up house and school on our way to the better promised land of upperclass living.

My morning drive would go like this: Make a left out of the driveway, get right on the highway, avoid the city and end up in an entirely different grid of neighborhoods and businesses, all after four exits.

At some point before I achieved this independence from the bus and city-winding, I remember meeting the younger new kids from Trenton that would attend my high school — including the two new white kids who would take my place in the ratio of students who didn’t pay full price for the privilege of higher education.

At that moment I felt more alive because having a car afforded me the greatest of human freedoms, and I no longer had to ride in the seatbelt-less green padded seats. Those two new kids from my city — and the others on the bus — would achieve freedom one day by way of car and feel the independence and individualism that we were all promised in the beginning of every American History and American English textbook.