Sure, celebrate Sanders, but let's also honor Clinton for her historic accomplishment

Sanders deserves praise for his campaign and movement, but so does Clinton for doing what no woman has done before 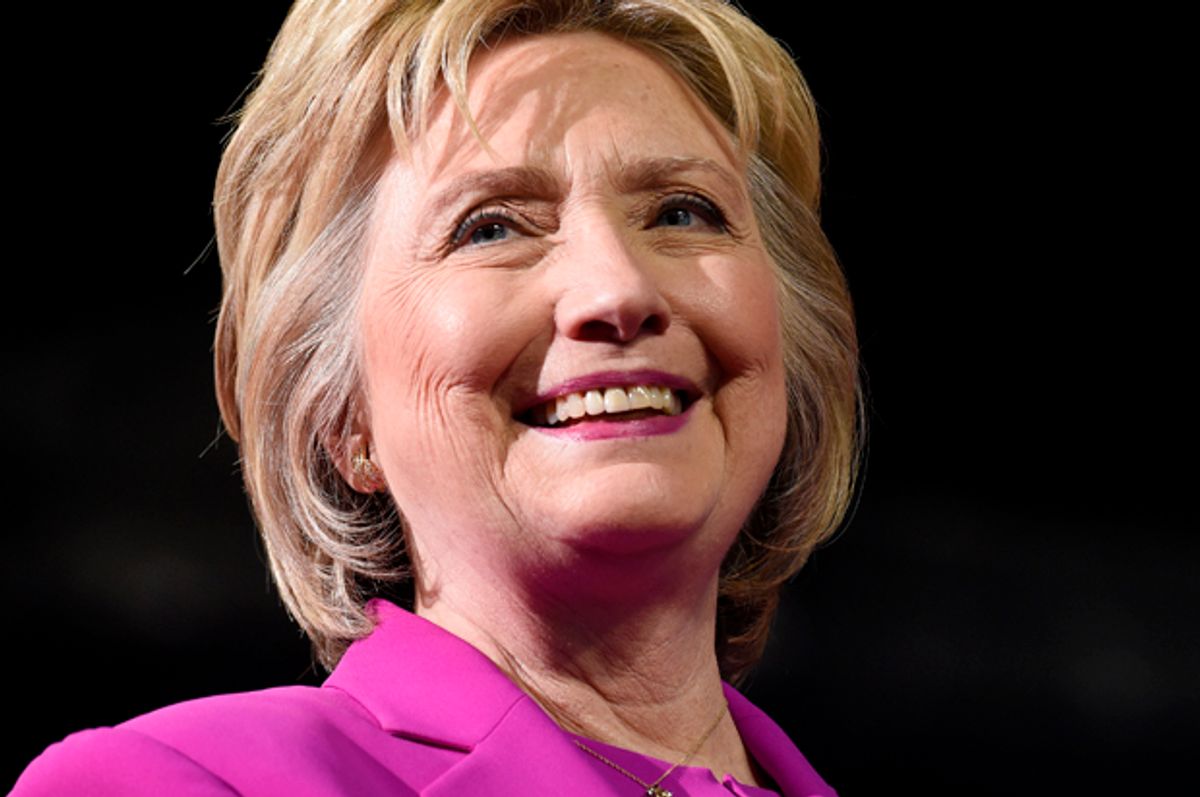 After Tuesday's endorsement of Hillary Clinton effectively brought the campaign of Bernie Sanders to an end, there was a slew of articles celebrating Sanders, the Democratic primary runner-up, for achieving a lot, even though he didn't win.

These accolades are well-deserved, as Sanders was able to go far in his run against the party favorite, to push the party platform to left, and to normalize the word "socialism."

But in all the celebrating of this man for his achievements, I request that we also celebrate the woman in the race, for doing what no woman has ever done before: Win a major party nomination to run as president.

And she beat a man to do it, fair and square.

This isn't one of those situations where the woman is brought in to clean up the mess a man made, as you see with Theresa May or Marissa Mayer. The candidates were competing to win the legacy of Barack Obama, who is looking to leave office in a tide of popularity, and to run against one of the most loathed candidates of all time, Donald Trump. Getting the Democratic nomination is a sweet gig right now, the kind of sweet gig that is almost always reserved for a white man, but the majority of voters decided that this time, they'd let a woman have a crack at it. This is huge.

This matters, because the mainstream media is already embracing the narrative that Clinton's likely win over Donald Trump in November is a fluke, the result of his unique unreadiness for office rather than due to any political skills of her own. Pundits continually harp on her high unfavorables without acknowledging that Clinton enjoys high favorables when she's in office and only loses esteem in the public's eyes when she runs for office, suggesting those polls have little to do with her and everything to do with the public's discomfort with female ambition. Flaws that would be seen as minor or unremarkable in male candidates are magnified, and praise that would be offered easily to a standard male Democrat is always couched in apologetics about how Clinton is a "flawed" or "imperfect" candidate.

Sadly, it's not surprising that many are drawn to a narrative that paints the first woman who is likely to win the presidency as a Forrest Gump character who stumbles into success, rather than as someone who earned it. It's a spin on the right wing tendency to paint women and minorities who succeed as people coasting on "quotas" and "political correctness."

Much like the accusations from the right that Barack Obama is a phony attached to a teleprompter, these narratives preserve the illusion that the only people who truly are competent and capable are white men, and that anyone else who succeeds is a cheater.

But Clinton's win over Sanders belies the "affirmative action" narrative. Clinton showed that even when going up against a charismatic candidate with high favorability ratings and a quiver full of celebrity endorsements, she can win. Sanders had very little negative coverage, since the Clinton campaign and the Republicans kept their gloves off, whereas Clinton was swarmed with it. Since they were competing in a primary, Sanders was on friendlier turf than he would be in a general, where some of his more left-leaning positions could hurt him.

On top of all that, Clinton had to overcome not a small amount of sexism, as folks from both the left and the right wallowed in every negative stereotype about ambitious women: That they're cold-hearted, untrustworthy, and concealing their incompetence with ruthlessness. To hear Clinton critics talk, she's a cross between Cersei Lannister, Glenn Close's character in "Fatal Attraction", and Maleficient.

And yet, she still beat a man who is largely regarded by the public as a grandfatherly sweetheart that birds are drawn to.

Clinton's win is an achievement. It is not a fluke.

This matters, not just for Clinton, but for all women. Women are constantly told that their achievements don't count — that they are only there because of luck, sex appeal, affirmative action, the gender card, whatever. From whining about "fake geek girls" and claims that the women in "Ghostbusters" aren't really funny to arguments that women make less because they are drawn to lower-paying jobs, the message is clear: Women don't have what it takes to compete with men, and only succeed through subterfuge or deception.

No wonder so many women suffer from impostor syndrome. When the whole world is telling you women — including women like Hillary Clinton — only win by cheating, it's hard not to suffer unnecessary doubts about yourself.

But that's why it's so critical to start admitting that Clinton's win counts. It's not a fluke or because the system is rigged. Clinton won — and will win — because she is a skilled  politician who knows how to lead and rally people to her side.

Clinton is, to quote Sanders, "one of the most intelligent people that we have ever met". You pretty much have to be, in order to overcome all the obstacles there to stop women from getting as far as she has.